Dozens of air strikes pounded Gaza on Tuesday as US President Joe Biden expressed support for a ceasefire between Israel and Hamas in a phone call with Prime Minister Benjamin Netanyahu.

A new front in the conflict opened as the Israeli military said it also shelled Lebanon in response to six failed rocket launches from southern areas in the neighbouring country.

Biden held his third phone conversation with Netanyahu since violence flared on May 10 and expressed support for a ceasefire. But the US president stopped short of demanding an end to the violence.

‘Nothing on the table’ for a ceasefire: report

A senior Israeli official cast doubt on the possibility of a ceasefire between Israel and Palestinian armed groups.

Asked by Reuters news agency if any ceasefire was in the works, a senior Israeli official said: “There is no such thing right now. There is no negotiation. There is no proposal. There is nothing on the table.”

Salem Barahmeh, executive director of the Palestine Institute for Public Diplomacy, said the general strike in place in the Palestinian Territories aimed at rising all together against Israel’s bombardment on Gaza, and its general oppression against Palestinians.

Shops were shuttered across cities in Gaza, the occupied West Bank and in villages and towns in Israel as Palestinians observed a general strike to protest Israel’s bombardment of the enclave.The strike, which is supported from both Hamas, the group running Gaza, and Fatah, the ruling party of the Palestinian Authority, led to the suspension of all economic activity and closure of educational institutions.

Demonstrators in Indonesia’s capital, Jakarta, gathered to protest against Israel’s bombardment of Gaza and express their solidarity with Palestinians.A similar protest was also staged outside Israel’s embassy in South Korea’s capital, Seoul.

Tashkeel3D, Gaza’s first 3D printer, which manufactured medical devices for years, has been destroyed by an Israeli air raid, according to Dr Tarek Loubani, a Palestinian Canadian physician and founder of the Glia Project, Tashkeel3D’s partner.

Tashkeel3D, Gaza’s first 3D printer, which manufactured medical devices for years, has been destroyed by an Israeli air raid, according to Dr Tarek Loubani, a Palestinian Canadian physician and founder of the Glia Project, Tashkeel3D’s partner.

Tashkeel 3D was started with a 3D printer made by its founder from scratch, following open-source designs online, because the printers were not allowed in Gaza by Israel.

The company, who represented half of Gaza’s 3D printing capacity, was producing stethoscopes and tourniquets to support Gaza’s medical system.

Israeli military said that its forces downed a UAV (unmanned aerial vehicle) that approached Israel’s border with Jordan, without specifying where the aircraft might have originated.

Iran’s Foreign Minister Javad Zarif slammed the US administration for approving the sale of $735m in weapons to Israel, while blocking a joint UN security council statement. 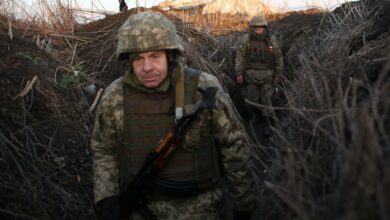