The Palestinian Authority said Monday that a group of Israeli settlers has tried to burn down a mosque near the West Bank city of Ramallah.

Hussam Abu al-Rub, the Palestinian deputy minister for religious affairs, said settlers attacked the mosque after midnight, spray painting anti-Palestinian slogans in Hebrew and then hurling firebombs inside that burned part of the structure.

The mosque in el-Bireh, near Ramallah, is on a hilltop opposite an Israeli settlement. On one of its walls read the slogan: “A siege on the Arabs, not on the Jews.” 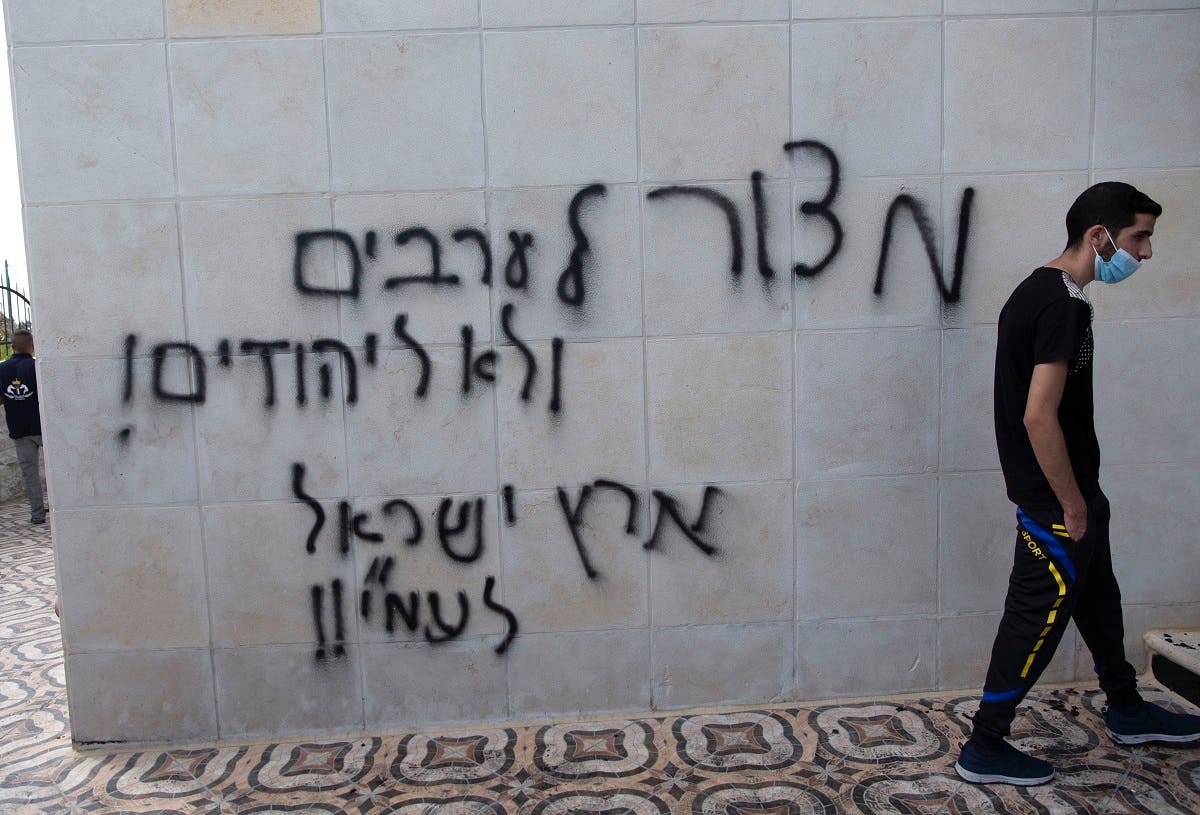 A Palestinian man walks by a wall spray painted with anti-Palestinian slogans in Hebrew that read, a siege on the Arabs, not on the Jews, the land of Israel is for Israelis, at a mosque in el-Bireh, near the West Bank city of Ramallah, Monday, July 27, 2020. (AP)

Abu al-Rub said a firebomb came in through a window and burned part of the bathroom.

“Had the firebomb got to the carpet floor of the prayer hall, the mosque would have burned completely,” he said. “The Israeli government is responsible for the attack because they are the ones who opened the way for settlers to take our land and terrorize our people.”

Israeli police had no immediate comment and there was no claim of responsibility. But it appeared to be the latest case of the so-called “price tag” attacks that hard-line nationalist Israelis have been known to carry out against Arabs in recent years.

These attacks have mostly been directed at Palestinians in response to militant attacks or perceived efforts by Israeli authorities to limit settlement expansion, while others have targeted Christian and Muslim sites.