Israel’s Prime Minister Naftali Bennett arrived in the United Arab Emirates on Sunday on an official visit, the first by an Israeli leader to the country.

“What a wonderful reception. I am very excited to be here on behalf of my people (on the) first official visit of an Israeli leader here,” Bennett said. “We are looking forward to strengthening the relationship,” he added.

The diplomatic outreach comes as world powers negotiate with Iran on salvaging a 2015 nuclear deal opposed by Israel and abandoned in 2018 by then-US President Donald Trump.

Since August 2020, the UAE, followed by Bahrain, Sudan and Morocco, have moved to normalize ties with Israel under a US-sponsored initiative dubbed the “Abraham Accords” after the biblical patriarch revered by Jews, Christians and Muslims.

Bennett’s UAE trip is the first by an Israeli premier to any of those countries since the accords. 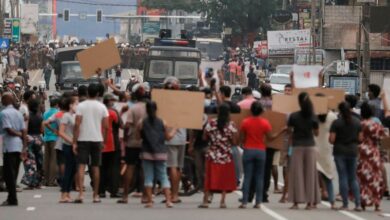