Three Palestinians, including a senior armed resistance commander, have been killed by Israeli forces during a raid on the occupied West Bank city of Nablus, the Palestinian health ministry said.

The Israeli army surrounded a building in the Old City at 5am local time (02:00 GMT) on Tuesday, where Ibrahim al-Nabulsi – the commander of al-Aqsa Martyrs Brigades, had barricaded himself in. A gunfight lasted for several hours.Al-Nabulsi, 30, was killed along with 32-year-old Islam Sabbouh and Hussein Jamal Taha, the health ministry said, adding at least 40 others were wounded. Four were in critical condition.

“This isn’t the first time that Israeli forces have tried to get al-Nabulsi,” Holman said. “They tried several times, including in July, in a massive operation again in which two other men died.”

Al-Nabulsi, known popularly as “the lion of Nablus”, had been on the run for many months, and survived several assassination attempts by Israel. His public appearances at the funerals of his fellow comrades, such as in February and July, had further raised the ire of Israeli forces.

“This cowardly crime of assassination will only increase our people’s determination to continue the confrontations to end the [Israeli] occupation, and establish an independent state with Jerusalem as its capital.”

The leftist Popular Front for the Liberation of Palestine (PFLP) group said the resistance of the men killed “has emphasised the failure of the occupation”, and Hamas spokesman Hazem Qassem hailed the “epic heroism” of the fighters.

Israeli forces have conducted near-daily operations in the West Bank in recent months.

On Friday, Israel launched what it called a “preemptive” aerial and artillery bombardment of Islamic Jihad positions in the Gaza Strip.

An Egypt-brokered ceasefire agreed on Sunday ended three days of intense fighting that killed 46 Palestinians, 16 of them children, and wounded 360, according to Gaza’s health ministry. 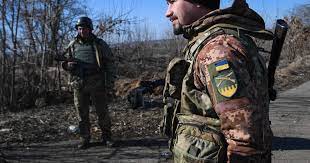