A statement from the military said the Israeli “tanks targeted Hamas military posts in the southern Gaza Strip” in response to the Friday fire.

The rocket, which set off sirens in southern Israel, was intercepted by air defenses without causing any casualties or damage.

Israel has bombed Gaza almost daily since August 6 in retaliation for the launch of balloons fitted with fire bombs, or, less frequently, rockets.

On Thursday night, Gaza militants fired a dozen rockets at Israel, which responded with air strikes on a rocket manufacturing plant and underground infrastructure. 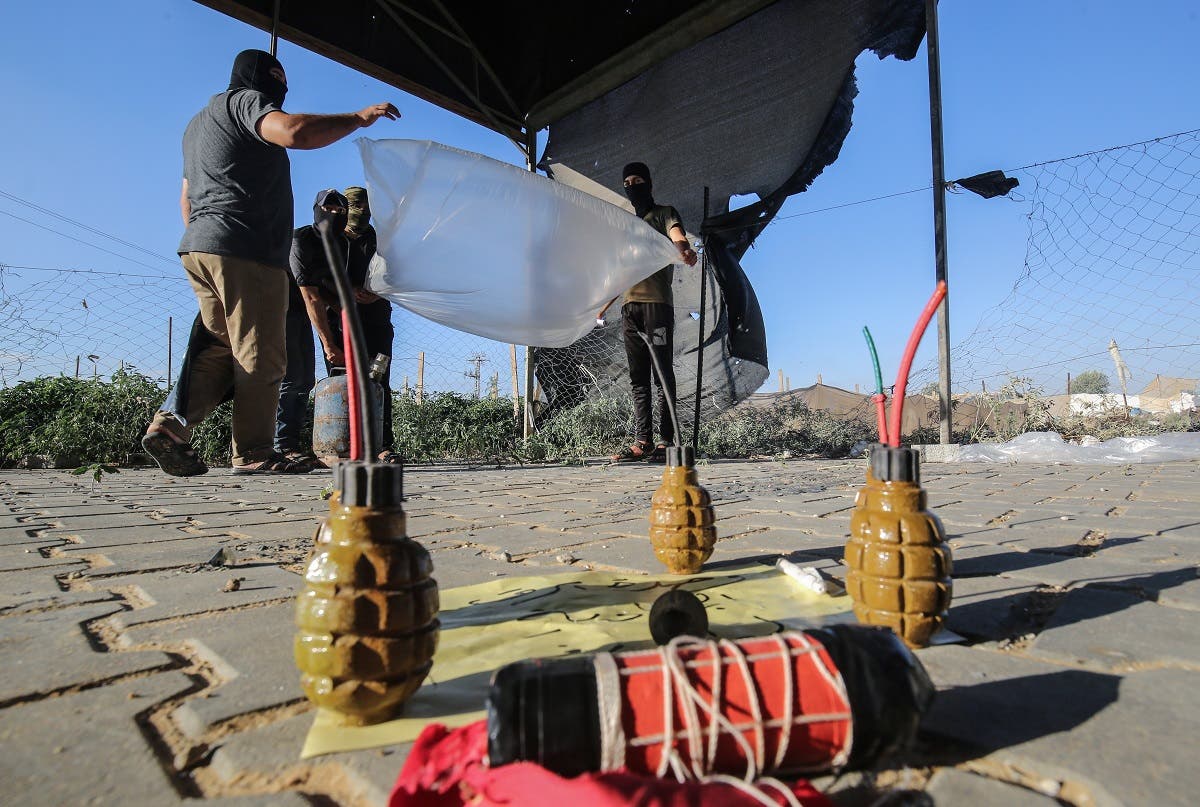 Palestinians inflate plastic bags before being attached with incendiary devices and flown toward Israel, near Rafah along the border between the Gaza Strip and Israel on August 21, 2020. (AFP)

Israeli firefighters meanwhile continued to put out blazes on farmland and scrub set alight by incendiary balloons launched from Gaza.

An Egyptian delegation was trying to broker a return to an informal truce.

Egypt has acted to calm repeated flare-ups in recent years to prevent any repetition of the three wars Israel and Hamas have fought since 2008.

According to a source close to Hamas, the group wants the extension of an industrial zone in the east of Gaza, and the construction of a new power line.

Hamas also wants the number of work permits in Israel issued to Gazans to be doubled to 10,000 once anti-coronavirus restrictions are lifted, the source said.