Israel’s defense minister on Wednesday said he aimed to boost the number of Jewish settlers in the occupied West Bank to one million within a decade, from around 400,000 at present.

Naftali Bennett, a hawk who draws much of his support from settlers, is leading his New Right party to elections in March.

He was speaking at a Jerusalem congress on Washington’s November policy shift stating that it no longer considers Israeli settlements illegal, alongside Prime Minister Benjamin Netanyahu and US ambassador David Friedman

“Our aim is that within a decade a million Israeli citizens will live in Judaea and Samaria,” Bennett said, using the biblical term for the Israeli-occupied West Bank.

Friedman, who is also Jewish and a strong supporter of settlements, disputed the use of the term “occupied.”

Both men’s comments drew swift condemnation from the Palestinian Authority.

The PA foreign ministry described them as “racist” and “reflecting the Jewish colonial nature of the deal of the century” – a reference to US President Donald Trump’s so-far undisclosed peace plan.

The ministry added that Friedman and Bennett’s statements were “official confessions of their involvement in the crime of settlement and the confiscation of Palestinian land.”

On November 18, US Secretary of State Mike Pompeo said the United States no longer considers Israeli settlements to be “inconsistent with international law.”

Previously US policy was based, at least in theory, on a legal opinion issued by the State Department in 1978 which said that establishing settlements in Palestinian territories captured a decade earlier by Israel went against international law.

The Fourth Geneva Convention on the laws of war explicitly forbids moving civilians into occupied territories.

The United Nations and European Union said the decision would not change the reality that the settlements were illegal, while the Arab League condemned Washington’s unilateral move.

More than 600,000 Israelis live in settlements in east Jerusalem and the West Bank, alongside more than three million Palestinians.

Israel seized control of the territories, seen as pivotal parts of any future Palestinian state, in the 1967 Six-Day War.

Shortly after taking up his post in November Bennett announced a plan to double the number of settlers in the flashpoint West Bank city of Hebron. 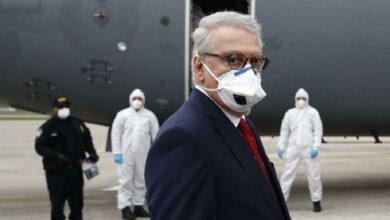 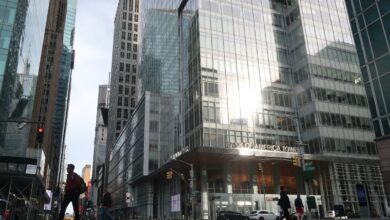