A lawyer said Wednesday a Jerusalem court ruling that dozens of home demolitions in a flashpoint Palestinian neighborhood should be frozen for six months was “progress,” but not “victory.”

Israel had ordered the demolition of around 100 homes in Silwan, a Palestinian neighborhood on the edge of the Old City in East Jerusalem, claiming they were built illegally on public land.

Monday’s court order froze most of those demolition orders until February 2022, while also allowing 16 homes to be razed immediately.

“I have reached the conclusion that there is space to grant a specific extension,” wrote Judge Sigal Albo of the Jerusalem Court for Local Affairs in the decision.

Lawyer Ziad Kawar, representing residents in the Al-Bustan area of Silwan, told AFP the ruling was “progress” but “not a victory”. He said he would appeal to foreign diplomats to put pressure on Israel over home demolitions.

Kawar said his clients were applying for retroactive permission for their homes, which he said they built on their own private property without permission.

“It is not possible to get permits there,” Kawar said. Palestinians say the city rejects nearly all of their building permit applications.

Israel captured East Jerusalem from Jordan during the Six-Day War in 1967, and later annexed it in a move not recognized internationally.

Palestinians see east Jerusalem as the capital of their future state.

In the 1980s, settlers began moving into Silwan, which sits on land where – according to Jewish tradition – King David established his capital some 3,000 years ago, making the area hallowed ground in Jewish history.

Israelis have said they hope to build a park devoted to the biblical King David in Al-Bustan.

Israeli settlers regard Jerusalem, east and west, as the eternal capital of the Jewish people and a place that Jews themselves have repeatedly been forced to flee through the centuries.

Today several hundred settlers live in Silwan under heavy security, among about 50,000 Palestinians.

The fate of the families in Sheikh Jarrah sparked tensions in May that spiraled into deadly armed conflict between Israel and Hamas militants in the Gaza Strip. 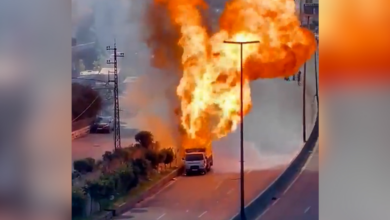 UK’s EU ultimatum: Agree to trade deal by October 15 or ‘move on’