Israel’s army said Tuesday it would reinforce its presence in the occupied West Bank as tensions surge following the death of a Jewish settler there.

Esther Horgan, a 52-year-old mother of six and a French-Israeli dual national, was found dead on Monday near the Tal Menashe settlement in the north of the Palestinian territory.

Relatives said she had gone out jogging and never returned.

Israeli authorities are investigating the death following indications she was beaten to death.

No Israeli official has presented any evidence pointing to a Palestinian involvement in Horgan’s death.

Reacting on Monday, Israeli Prime Minister Benjamin Netanyahu vowed that “security forces will apprehend the murderer as quickly as possible and we will settle accounts with him.” 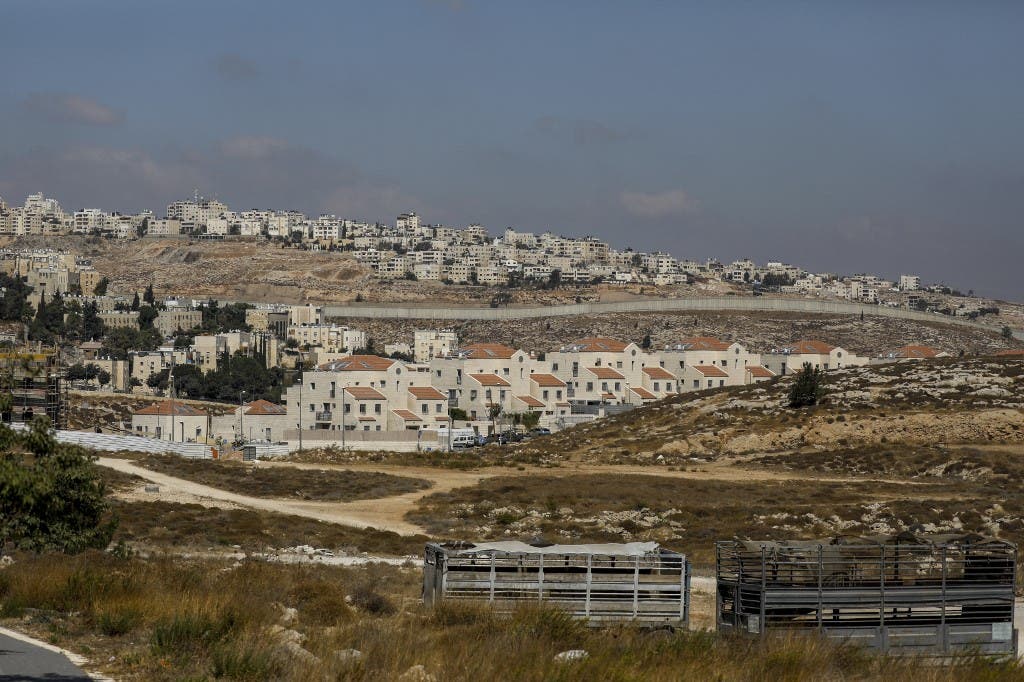 Israel’s controversial concrete barrier (C) separating the Jewish settlement of Neve Yaakov (foreground) in the northern part of east Jerusalem and the Palestinian area of al-Ram (background) in the occupied West Bank. (AFP)

An official gag order has been issued for the investigation, barring police from commenting on any possible suspects.

Horgan was buried on Tuesday in Tal Menashe, with her body escorted to a local cemetery by tearful mourners, an AFP photographer said.

France, the country of Horgan’s birth, has condemned her killing as a “heinous crime.”

Those responsible “should be brought to justice,” the French foreign ministry said.

Israel’s army said in a statement Tuesday that it had “decided to reinforce the Judea and Samaria Division in order to enhance the defense of communities and routes in the region.”

All Jewish settlements in the West Bank are regarded as illegal by much of the international community.

But the settler population has nevertheless grown in recent years.

There are currently some 450,000 Jewish settlers in the West Bank, living amid an estimated 2.8 million Palestinians.

Tensions between Palestinians and Jewish settlers in the West Bank frequently result in violence.

Shoot-out after policewoman stabbed in attack in western France