An announcement on Israel’s planned annexation of parts of the occupied West Bank was not imminent on Wednesday, the date set by the coalition government to start the widely criticised process, its foreign minister said.

The statement by Gabi Ashkenazi came a day after Israeli Prime Minister Benjamin Netanyahu said his government’s discussions with the United States on the annexation plan would continue “in the coming days”, indicating he would miss the self-imposed July 1 target date to begin debate on the controversial issue.

“I reckon there will be nothing today,” Ashkenazi, a member of the centrist Blue and White party that eventually partnered up with Netanyahu’s right-wing Likud after three inconclusive elections, told Israel’s Army Radio.

In a sign of rifts within the coalition over the timing of any unilateral annexation move, which has been fiercely opposed by the Palestinians and most of the international community, Ashkenazi referred further questions on the matter by the interviewer to Netanyahu.

It also came after Benny Gantz, alternate prime minister and defence minister, said this week that annexation must wait until the coronavirus crisis has been contained. Gantz, the leader of the Blue and White party, is due to take over as prime minister in November 2021 under the terms of the coalition deal. The Ivorian power triangle shuffling the presidency for 30 years 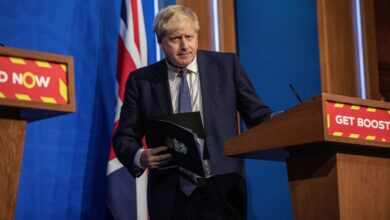