Palestinian political leader Sheikh Raed Salah has been released from a prison in Israel after serving 17 months on charges of “incitement”.

Salah, a Palestinian citizen of Israel and former head of the northern Islamic Movement, was released from Megiddo prison on Monday morning just north of his hometown of Umm al-Fahm, southwest of Nazareth city.

Dozens of people, including family, friends, and followers gathered along the main entrance to Umm al-Fahm with celebratory music, banners, and boxes of sweets to greet Salah upon his return home.

“He is a Sheikh to all of us. We are all Raed Salah. Men, women and children are all here for this wonderful celebration to welcome him,” his niece, Muntaha Amara, told local media.

Israeli police arrested Salah in August 2017. He spent 11 months behind bars without charge before he was released and placed under restrictive house arrest, including wearing an ankle monitor, for a period of two years while his trial proceeded.

In August 2020, Salah was re-arrested and sentenced to 28 months in prison – including time served – on four charges out of an original 12.

He was indicted under charges of “incitement to terror” and supporting an outlawed organization – the northern branch of the Islamic Movement in Israel – based on several of his public speeches and Facebook posts, according to his lawyer.

“The Sheikh’s arrest, his conviction and his file were all unjust. He was detained and convicted based on his freedom of speech and opinion and his faith – his religion,” said Zabarqa.

“He was being tried not because he carried out any kind of violation – he was tried because Israel wants, through these courts and processes, to change what Sheikh Raed Salah believes in, and this will not happen.”

Born in 1958, Salah is one of the most influential Palestinian political and religious figures in historic Palestine, known locally as “Sheikh al-Aqsa,” for his staunch defence of the Al-Aqsa Mosque compound in the Old City of Jerusalem.

He has frequently called on Palestinian Muslims to increase their presence at the site which lies in Israeli-occupied East Jerusalem.

A former mayor of Umm al-Fahm, he was arrested in 2017 after a speech he made during large Palestinian protests in July after Israel installed metal detectors at the outer gates of the Al-Aqsa Mosque compound in the wake of an attack there. Many Palestinians saw the installation of the metal detectors as a new restriction on their ability to access the site.

He said in an interview that the ‘incitement’ allegations against him included verses from the Qur’an and Hadith by the Muslim Prophet Muhammad.

Salah was the head of the Islamic Movement’s northern branch until 2015, when the Israeli government issued an executive order under the 1945 British-era Emergency Regulations banning it and 17 associated non-profit organisations.

Despite being outlawed, the Islamic Movement continues to have broad support among Palestinian citizens of Israel. Prior to the ban, it ran a network of charities, kindergartens, health clinics and social services. Israeli police and intelligence services seized its properties, closed its offices and confiscated computers and documents, before freezing its bank accounts.

Salah has been consistently targeted by Israeli authorities over the years and has been banned from travelling outside the country for reasons ostensibly related to “security”.

During his two years under house arrest, he said he was forced to wear an electronic ankle monitor that kept him constantly surveilled and was only allowed to leave his home at certain hours with an escort. His relatives were banned from visiting him and he was also forbidden from speaking to media outlets.

In May 2021, Salah’s deputy Kamal al-Khatib was arrested by Israeli police and indicted for “incitement to terrorism, violence, and identification with a terrorist organisation”.

His arrest came amid widespread Palestinian protests, including in Israel, against Israeli air raids on the besieged Gaza Strip, crackdowns by Israeli forces at the Al-Aqsa Mosque compound, and protests against attempts to forcibly displace Palestinians in the Sheikh Jarrah neighbourhood in occupied East Jerusalem.

He was released pending trial in July under restrictive measures including a ban on praying at al-Aqsa mosque for a period of three months. 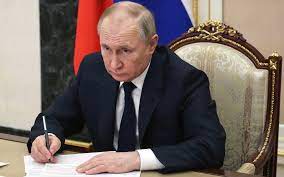