Israeli police arrested activists Muna al-Kurd and Mohammed al-Kurd, who have been at the forefront of the campaign to stop the forced expulsions of Palestinians from occupied East Jerusalem’s Sheikh Jarrah neighbourhood.

Muna was released several hours later, her father said in a video on social media, in which he added that he hoped her twin brother, Mohammed, who had turned himself in at a police station after receiving a summons, would also be freed.

“They want to remove us [from Jerusalem] … but we are here,” Nabil al-Kurd, father of the 23-year-old activists, told reporters.

“The weapons of the Palestinians are the camera, and the words – whereas the Israeli army is heavily armed.”

Earlier, police fired stun grenades to disperse protesters who were gathered near the police station to call for the release of the activists.

Nabil earlier told reporters that Muna was arrested after police raided their home in Sheikh Jarrah, Palestinian news agency WAFA reported, adding that the police handed a notice ordering her brother Mohammed to turn himself in.

Later on Sunday, lawyer Nasser Odeh, speaking outside the police station, confirmed to the reporters that Mohammed was also arrested and the siblings faced “committing acts that disturb public security” and “taking part in riots”.

Video posted on social media showed Muna being taken from the home in handcuffs. “Don’t be afraid,” she is seen telling her family, as she is being led out of the house by the Israeli police.

Al Jazeera’s Hoda Abdel-Hamid, reporting from the Occupied East Jerusalem, said: “Muna al-Kurd says she was specifically chosen to be detained because she has become a bit of a symbol of what is going on Sheikh Jarrah, the voice of the families that are facing these forced expulsions.” 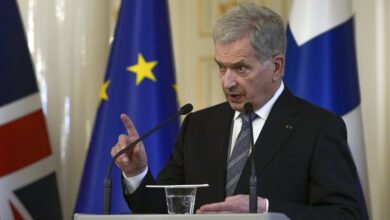 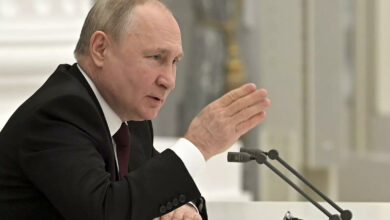 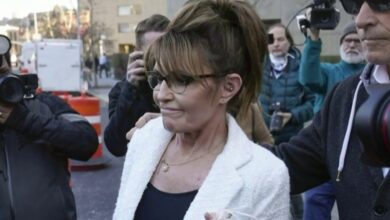 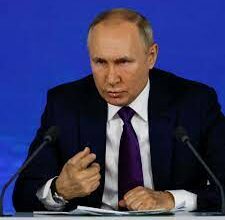