A Syrian desert monastery that was once a hub for interfaith dialogue, attracting tens of thousands, has reopened to visitors after more than a decade of war and isolation.

“We yearn for people to return. We want to see them pray and meditate with us once more, so that they may find here a space for calm, silence and contemplation,” Father Jihad Youssef told AFP, his voice echoing through the dark, empty halls of the monastery he heads.

But the onset of civil war in 2011 and the disappearance of Father Paolo Dall’Oglio, who had led and revived the community since 1982, scared away visitors for nearly a decade.

With security having improved in surrounding areas, the monastery reopened its doors to visitors this month.

They must climb 300 steps to reach the stone monastery, built on the ruins of a Roman tower and partly carved into the rock.

It has an 11th century church adorned with icons, ancient murals and writing in Arabic, Syriac and Greek that says “God is love” and “in the name of God, the Compassionate, the Merciful” — a phrase that serves as Muslim praise to God. 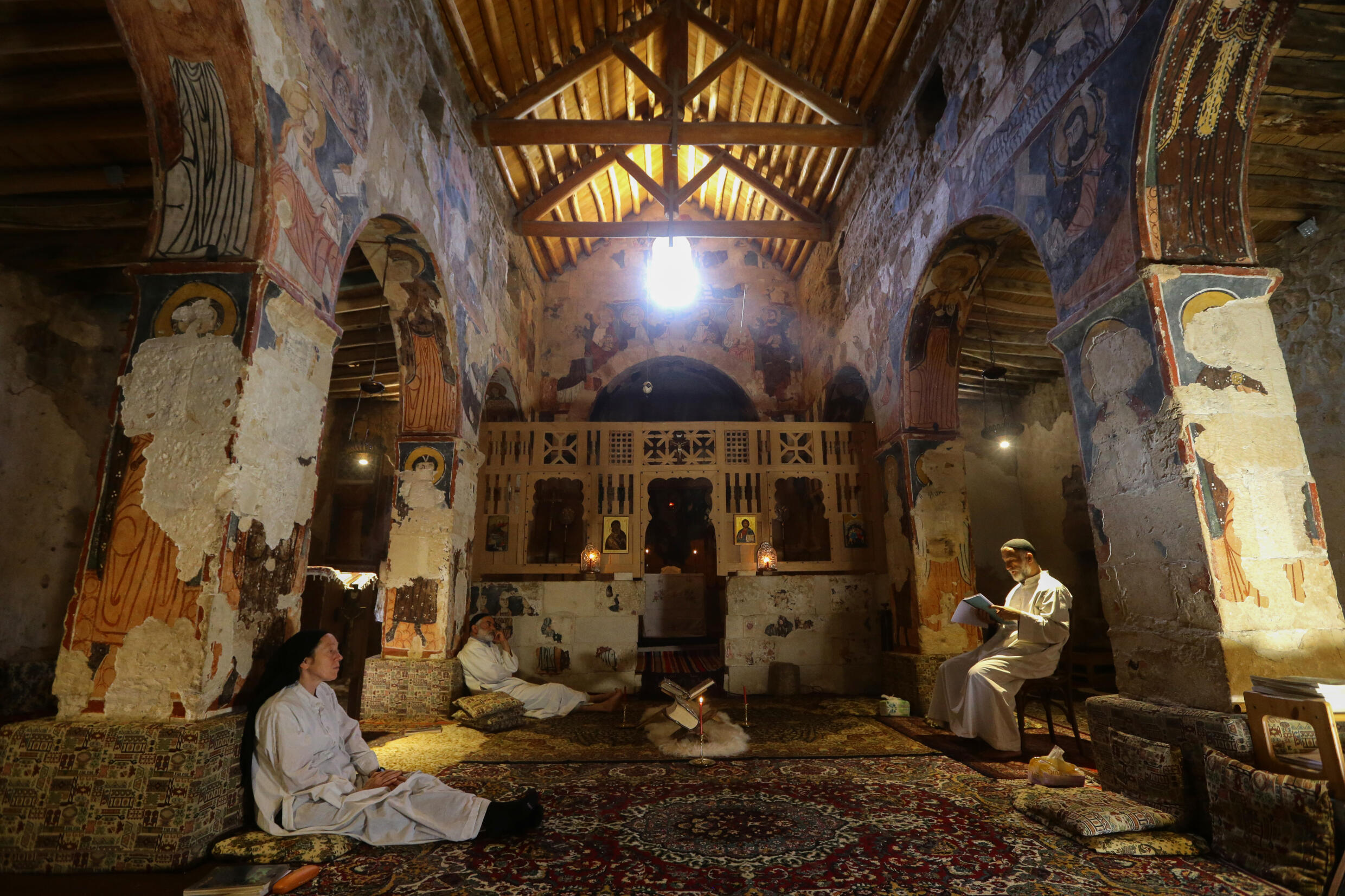 The ancient Syrian desert monastery was once a hub for interfaith dialogue, attracting tens of thousands of people and has now reopened to visitors after more than a decade of war and isolation LOUAI BESHARA AFP

Dall’Oglio hosted interfaith seminars at the monastery, where the Christian minority and Muslims used to pray side by side, turning it into a symbol of coexistence that attracted visitors and worshippers for three decades.

The Italian Jesuit priest was expelled from Syria in 2012 for supporting a mass anti-government uprising, but returned a year later.

He disappeared in the summer of 2013, on his way to the headquarters of the group that later became known as the Islamic State in the city of Raqa, where he had gone to plead for the release of kidnapped activists. 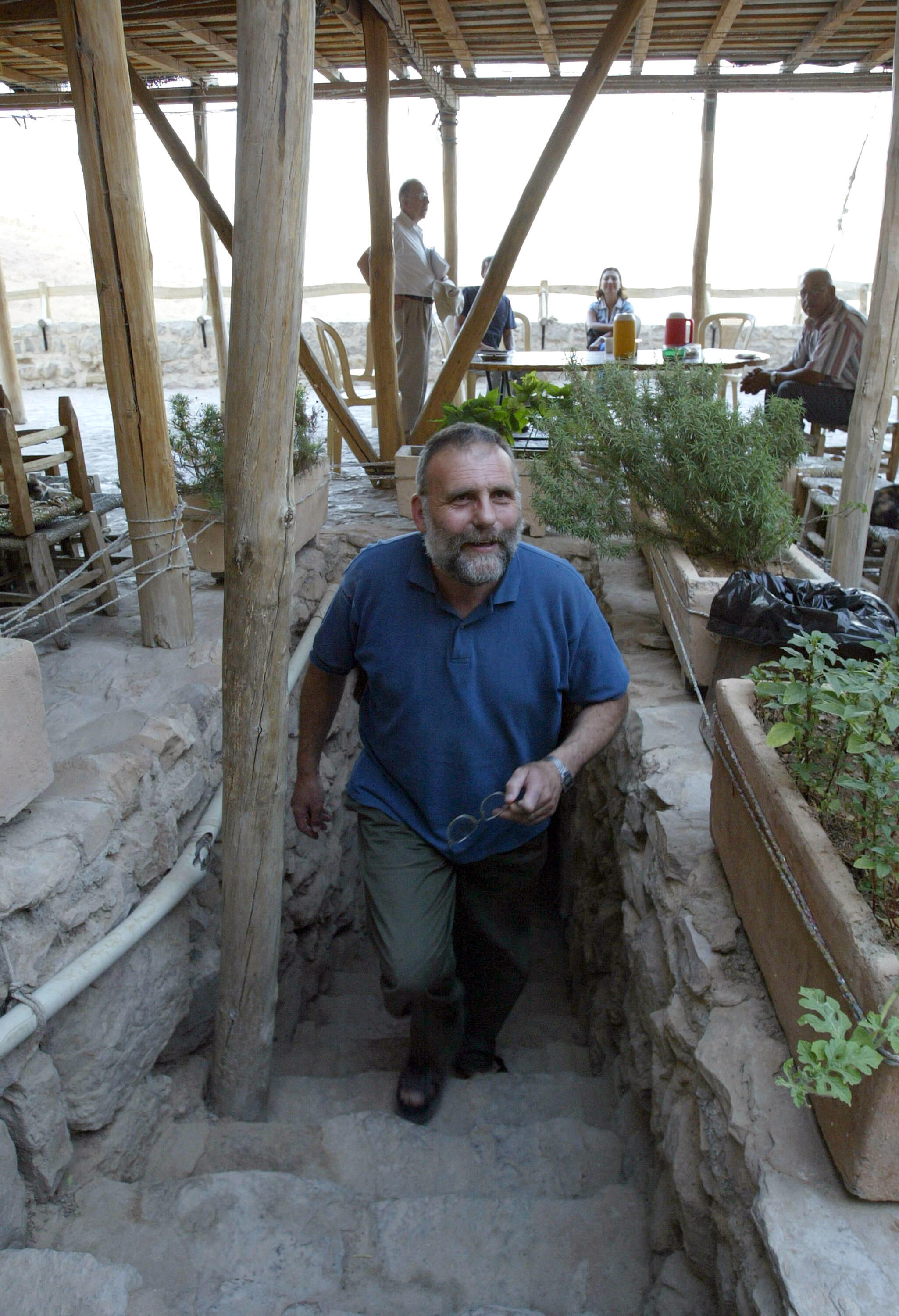 Father Paolo Dall’Oglio, seen in this July 2007 image, was expelled from Syria in 2012 for backing an anti-government uprising and disappeared during a visit the following year on his way to negotiate with IS for the release of activists LOUAI BESHARA AFP/File

Dall’Oglio’s practice of inter-religious coexistence was the exact opposite of the intolerant, murderous extremism of IS.

He was reported to have been executed and his body dumped in a crevice soon after his capture, but his death was never confirmed by any party.

“IS most likely kidnapped him. We do not know for sure whether he is alive or dead,” Youssef said, adding that no one contacted the monastery to demand ransom.

In 2015, the monastery came under IS gunfire after the jihadists began two years of control in the nearby Homs countryside. 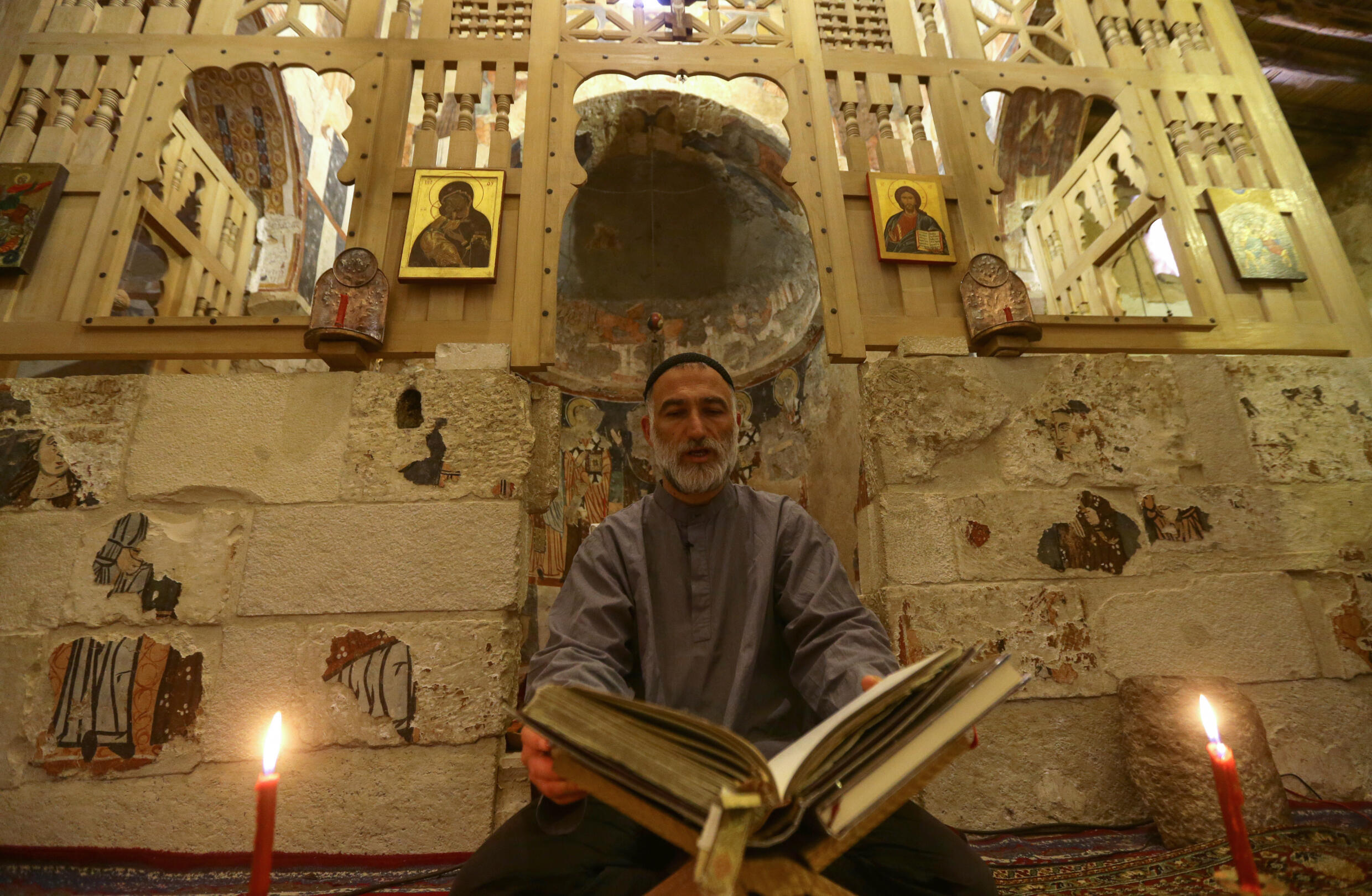 Father Jihad Youssef sits in prayer and contemplation at the monastery, where there is no internet or cell coverage LOUAI BESHARA AFP

“We were scared we would be kidnapped or killed at any moment,” especially after IS reached the nearby village of Al-Qaryatain and kidnapped groups of Christians there, Youssef said.

IS abducted the monastery’s former chief Jacques Mourad from Al-Qaryatain for several months in 2015.

The group razed a monastery in the nearby village and locked hundreds of Christians in a dungeon. They were later freed, but a Christian community which once numbered hundreds in Al-Qaryatain has now fallen to fewer than two dozen.

“We experienced all kinds of fear,” Youssef said, adding that they felt isolated in the desert monastery at the height of the fighting, and later because of the Covid-19 pandemic.

US-backed local forces defeated the IS “caliphate” in eastern Syria three years ago, while Syrian government troops, supported by Russia and Iran-linked forces, have recaptured much territory from rebels.

“This is a simple monastery devoid of luxuries. There is no internet or cell coverage, making it easier to escape the hustle and bustle of the city,” Youssef said.

Two monks, a nun, and two postulants live in the three-storey monastery, which includes rooms for visitors, a bird farm, and an expansive library. 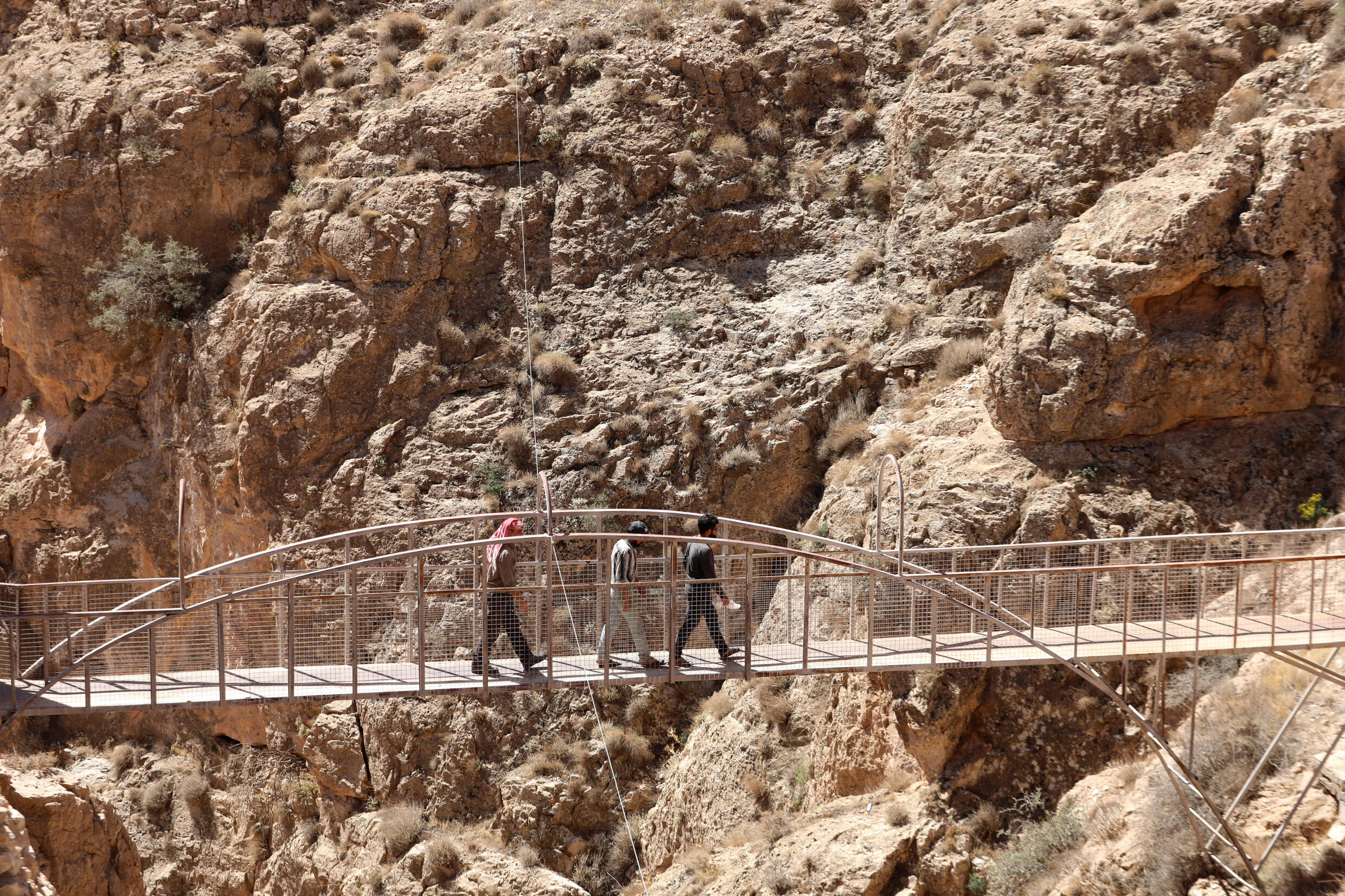 Visitors to the monastery must climb 300 steps and walk across a bridge to reach the site which is party carved into the rock and houses an 11th century church adorned with icons, ancient murals and writing that appeals to both Christians and Muslims LOUAI BESHARA AFP

They live off the land and drink from a nearby well.

In the early hours of the morning, Youssef calls out to them for breakfast from a courtyard overlooking caves carved into the hill.

Youssef al-Halabi, 48, has been a monk for 16 years but he said the lack of visitors left him wondering what he could do to fill his spare time.

“I started looking for ways to fill these long hours… because sometimes we had zero yearly visitors,” he said.

After his morning prayer, the white-bearded monk usually heads to a nearby cave to make candles. Sometimes he occupies himself with farming.

Halabi, who has devoted his life to worship and to serving visitors, said he hoped people would fill the monastery once more “to share our way of life”.

“This is a space to breathe, away from the noise and agitation,” he said. 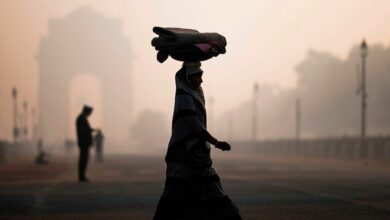 Is Fasting Good for Your Gut Bacteria?