Visitors to Makkah can see Makkan Islamic architecture throughout the city’s central area and main streets, where Rawasheen and Hijazi doors are still present on the facades of hotels overlooking the Grand Mosque.

These architectural designs reflect the identity of Makkah, and a culture that is still present in the minds of Makkans, who see it as an extension of the past, and an embodiment of the holy city’s historical wealth.

Architect Talal Samarkandi told Arab News that Rawasheen — the elaborate patterned wooden window frames found in old buildings in Makkah and Jeddah that maximize natural light and air flow — are rooted in Hijazi architectural heritage, constructed with rare wooden tools, which used to be purchased from India, Indonesia and Sudan.

“The heritage is featured on doors, windows and mashrabiyas (a type of projecting oriel window enclosed with carved wood latticework),” Samarkandi told Arab News, adding that beautiful inscriptions used to decorate the sharabeesh holes in ceilings and doors. “People believed that the house was identified by its door, and thus, made sure that their doors and windows were beautiful and stylish.”

He added that timber was used for environmental purposes, as wood is a poor conductor of heat and is used for ventilation.

According to Samarkandi, Hijazi people cared a lot about the quality of their houses’ interiors and temperatures. Rawasheen helped them reduce the consumption of energy to cool the inside of buildings. Rawasheen served as panoramic windows for mothers to watch their children in the streets while maintaining total privacy. They were also the “social media” of the age, allowing people to communicate with their surroundings. These stylish windows were also used as trade portals, where people could dangle baskets tied to a rope to buy goods from street vendors outside.

Embracing the Makkan legacy promotes the heritage and architectural charm of the city, and creates a new touristic destination for visitors from different cultural backgrounds.

“Mashrabiyas were placed in front of the Rawasheen to cool houses, with holes in them that allowed fresh air to enter the rooms of the houses,” Samarkandi added.
One of the advantages of the Hijazi customs in old buildings was respecting rights and duties, he noted. Owners of taller buildings could not stare at their neighbors in lower buildings; mashrabiyas were closed and tilted from the top.The art of inscriptions on doors developed and flourished. At the time, carpenters used to engrave their names on the doors, with some now centuries old.

“Each country has its own architectural trends, which are inspired by its culture and history. Our trends kicked off in Makkah, where we see a lot of these architectural features in the central area and the main facades of Makkah’s streets,” he added. 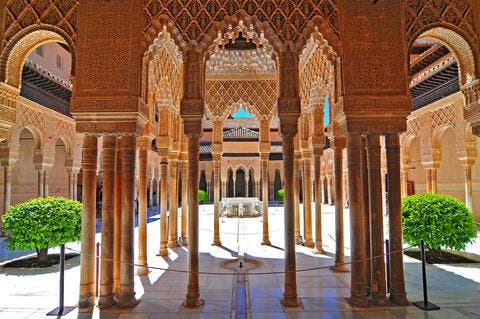 “Embracing the Makkan legacy promotes the heritage and architectural charm of the city, creates a new touristic destination for visitors from different cultural backgrounds, and encourages pilgrims to stay longer in Makkah, which would boost the economy and create hundreds of jobs for nationals,” he told Arab News.

Smoking and Vaping Are The Main Causes of Death in Jordan