In Tunis, a group of researchers has been hard at work on a museum to promote Tunisia’s Jewish heritage. They aim to celebrate the long history of Jews in Tunisia, who have been a continuous presence in the country for over two thousand years.

The project would give greater visibility to the country’s small Jewish community. Numbering 120,000 at the time of independence in 1956, now only about 1,500 remain in Tunisia, the vast majority of whom are on the island of Djerba.

The museum would be based in the capital Tunis, which is now home to only around fifty Jewish families, most of whom have migrated from Djerba.

If successful, the project would make Tunisia the second Arab country to host a Jewish museum after Morocco, which is home to two. Yet unlike in Morocco, plans for the Tunisian museum originate not from the community itself, but from a collection of specialists in Jewish history and tradition who are part of the country’s Arab majority.

The Laboratoire du Patrimoine (Heritage Laboratory), a research centre at Manouba University, has been the driving force behind the project.

Established by Habib Kazdaghli, it includes a number of academics who have spent years working on Tunisia’s rich and plural heritage. The Laboratoire du Patrimoine puts an emphasis on religious minority groups and the role of Tunisian women in the country’s history.

Kazdaghli and his colleagues are held in high esteem by the country’s Jewish population, and they are invited each year to the Jewish pilgrimage to the El Ghriba Synagogue on Djerba. Most members of the community speak warmly of them and of their project.

Following the revolution of 2011, the Laboratoire du Patrimoine has been able to offer a master’s course on minority religions in Tunisia. It also organises public conferences and an annual trip to the Jewish cemetery in Tunis. Student numbers have steadily grown and for the last four years a new master’s course in gender studies has also been available.

Kazdaghli told The New Arab that the growing interest amongst Tunisian students in the country’s plural heritage is one reason he is optimistic. “An interest in Jewish history and culture has spread to the majority of the Tunisian population. After decades of historical denial, many are starting to really value the Jewish presence in Tunisia.”

Kazdaghli consistently emphasises Tunisia’s Berber, Spanish, Turkish, Roman and Jewish roots. “It is time for these cultures to be celebrated”, he says. “We need to challenge the narrative that we are all just one, homogenous, Arab culture.”

Support from the government is crucial in assuring the necessary funds and security for the museum. “We need a joint scheme of equal partnership between civil society and the political sphere”, Kazdaghli says. “The museum would need to be integrated into the country’s existing cultural networks.”

Happily, the idea received public support from a member of the government when it was first floated back in 2016. Salma Elloumi Rekik, the former Minister of Tourism, announced that the museum was “not only feasible but necessary”.

Much will depend on the reaction of the new government, which was approved by the Tunisian parliament on 26 February. It is yet to be seen what stance Chiraz Laâtiri, the new Minister of Tourism, will take on the project. Her predecessor, Mohamed Zine El Abidine, kept his distance.

Indeed, the Laboratoire’s projects have not always been met with universal enthusiasm. At times, there has been criticism on social media and even small protests in person. In December 2017, an exhibition on Hitler’s rise to power was vandalised by Islamists who condemned it as ‘Zionist propaganda’.

This criticism has also been levelled at Kazdaghli personally for his research on Jewish history. “I’ve been smeared as a Zionist, as a traitor”, he says.

“Some of the reaction to our work is absurd. You research Jewish heritage, and a small but vocal minority will say you’re not respecting Palestinian rights.”

Kazdaghli has been under police protection since 2012, when he was attacked by students in his university for persisting with secular education in the face of new Islamist opposition.

“The revolution has been a double-edged sword”, he told The New Arab. “There’s all this newfound interest in diversity and respect for minorities. But there has also been a radical Islamist resurgence, particularly in the first few years [after December 2010].”

Alongside Islamist opposition to the project, there has also been criticism from Arab nationalists and from the far Left.

“We’ve had some further trouble from both those groups, too”, Kazdaghli says. “They haven’t yet escaped their closed ideological vision of the nation’s past.”

One other form of opposition has come from within the Jewish-Tunisian diaspora. The French historian Lucette Valensi, who is co-ordinating the project from the French side, has been gathering contributions – ritual objects, books, traditional clothing, work by the Tunisian Jewish painter Jules Lellouche – but has also encountered opposition.

For some in France, the proposed museum brings back the trauma of the flight from Tunisia in the years after the country’s independence. In the 1950s and 60s, thousands of Tunisian Jews left the country, especially when a series of anti-Semitic violence followed the outbreak of the Six-Day War in 1967.

“Some have objected that they have no reason to send back the few relics they managed to save,” Valensi told The New Arab. “Their memories of dispossession and exclusion are still fresh.”

Yet those working towards the project remain optimistic about its potential for success.

Afef Mbarek, a member of the Laboratoire who argued for the creation of the museum in her doctoral thesis, is particularly hopeful: “Negativity from wider Tunisian society has been fairly limited. In most cases, it’s a question of convincing people that this is a good use of public funds, rather than combating intolerance.

At the very least, we’re going to work for a separate new room in Bardo [the national museum which preserves Tunisian heritage]. But there’s real appetite for a new museum focused exclusively on Jewish heritage. And there’s lots to be excited about.”

Tunisia’s new government may be the determining factor: “We’ll have to hope the new ministers are on our side,” she says.

A book chapter by Habib Kazdaghli about the project will be appearing soon in a collective work edited by Virginie Rey.

Aidan Chivers is a freelance journalist who writes mainly about politics. He is a recent Oxford graduate and is currently enrolled on a Master’s programme which will include terms in France, Tunisia and Turkey. 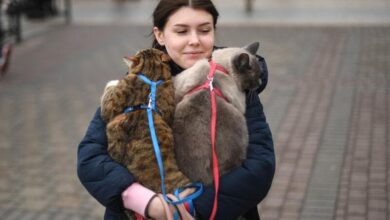 Save The Pets! Ukrainians Flee With Their Cats And Dogs 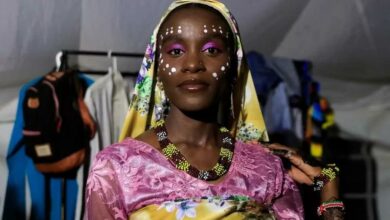 Italian Legend Claudia Cardinale Goes Back to Her Tunisian Roots