Families have reportedly retrieved bodies of family members killed in Myanmar’s crackdown, after paying $85 to the military junta.

Myanmar’s army is making money out of the corpses of protesters who were shot dead by armed soldiers on Friday, according to activists.

According to a Facebook post of the Bago University Students’ Union, relatives of the slain anti-coup demonstrators have to pay 120,000 Myanmar kyat ($85) to retrieve the bodies.

The United States government-funded Radio Free Asia also reported that the army is selling the bodies of dead protesters.

According to local accounts, a large number of people, including students, have been fleeing the city of Bago and taking refuge in the suburbs. This is because the army has reportedly used violence against protesters and civilians since April 9.

The junta forces have killed at least 82 people in Bago, 90 kilometres northeast of Yangon, the largest city in the country.

“It is like genocide,” the news outlet Myanmar Now quoted a protest organiser, Ye Htut, as saying. “They are shooting at every shadow.”

On Sunday night, the civilians held a “flashlight strike”, lighting the sky in a powerful symbol of unity against the military crackdown. However, junta forces violently repressed the attendants of peaceful acts of solidarity.

These forces raided and robbed Grace Hospital in Tamu, beating the nurses. They also stormed the Methodist church compound, stealing the abbot’s and civilians’ belongings, the report alleged.

People in the area have not had internet access since Friday and the army has searched the houses.

“If they do not find people to arrest, the junta takes relatives and friends as hostage,” the AAPP report said.

As of 12 April, the junta has killed at least 710 people – this is since the military ousted the elected government on February 1, according to the AAPP.

The number of casualties is being reported according to verification by the AAPP, however, the group believes the actual number of fatalities is much higher.

“A total of (3080) people are currently under detention; of them (64) are sentenced. 697 have been issued arrest warrants; of them 17 were sentenced to death and currently evading arrest,” the AAPP has said in its daily briefing on Monday.

“I fear the situation in Myanmar is heading towards a full-blown conflict. States must not allow the deadly mistakes of the past in Syria and elsewhere to be repeated,” UN High Commissioner Michelle Bachelet said on Tuesday amid increasing the violence within the country. 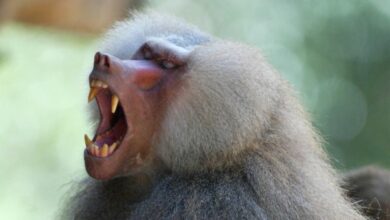