It started when a video of two men having sex went viral on Twitter.

Some followers claimed that one of them is Saudi model Ziad Almesfer due to the similar hairstyle and body features of the man in the video.

They started swearing at him asking authorities to arrest whoever was in that video and hold him accountable. And if it was Almesfer they said that authorities need to expose him to become a lesson to others.

On the other hand, another group of followers said that they cannot identify the face, so people should stop throwing meaningless accusations on Ziad. 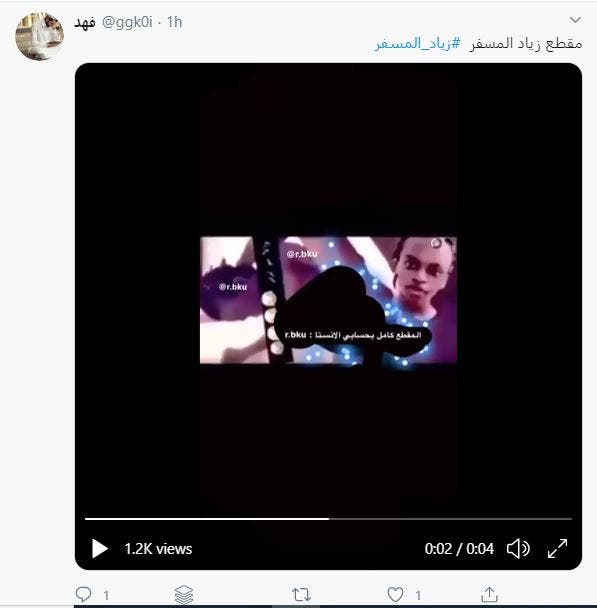 Among the comments, a follower wrote: “Once you saw the video and you didn’t know if it is true, you insulted the man and you slander and rejoice over the misfortunes of others. Why don’t you think well of others? The video might be fabricated.”

Ziad Almesfer has not commented on the incident yet, although he is very active on Instagram sharing with followers his daily outfits.

Almesfer is always heavily attacked because of the way he dresses and his personality, as some consider his behavior feminine like.

Meghan Trainor’s Dad Hospitalized After Being Hit by Car

Nicholas Cage Ties The Knot For The 5th Time