It was the week when Elon Musk soared past Bill Gates to become the world’s second richest person, as Tesla’s value topped $500bn.

At the beginning of 2020, Tesla was valued by the stock market at around $80bn – and even then, sceptics thought that was a high price for a business that was barely profitable.

Throughout the year its shares have soared, and its valuation climbed above $500bn on the news that the business was going to be included in the S&P 500 index of leading companies.

Just to put that into context: Tesla is now worth more than Toyota, Volkswagen, Hyundai, GM and Ford put together.

‘You’re being too rational!’

I’ve done some back-of-the-envelope calculations and those businesses, some of which are undoubtedly ailing, made a combined profit of more than $50bn last year.

This year, Tesla is on course to make something like $1bn. So to believe the current valuation, surely you have to have some confidence that its technology and its market dominance will deliver a 50-fold increase in profits over the not too distant future?

“You’re being too rational!” Passion Capital’s Eileen Burbidge told me when I put it to her that Tesla’s sky-high share price simply didn’t add up.

“All it means is that the people who are buying the stock at this price believe they’re going to be able to sell it at a higher price.”

Eileen’s work as a venture capitalist is all about putting a value on companies which are at a much earlier stage than Tesla – and she tells Tech Tent that this is often a similarly irrational process, dependent on the mood in the wider market, and not just the qualities of individual businesses.

Tesla’s many fans will rightly point out that it has sent the automotive industry in a new direction, has unique battery technology with many other applications, and has a visionary leader.

“There are clearly no business fundamentals that point to a five-six times increase in its valuation just since the beginning of the year,” Eileen Burbidge told me. But she returns to her point that investors are making a short-term bet.

“I would like to think that the markets are fundamentally rational at the end of the day. I think the question is one’s time horizon. These buyers – they really believe they’re going to be able to sell at a higher price. And so far, by the way, they’ve been right.”

It is foolish to try to apply too much logic to short-term moves in shares. When asked by his editors why prices were rising, one legendary Fleet Street stock market correspondent used to reply “more buyers than sellers”, giving the opposite answer when the market was falling.

Just like a bottle of 1945 Burgundy, or a Picasso, or a tiny flat in London or San Francisco, Tesla’s “value” is whatever someone is willing to pay for it, however irrational the price may seem.

Nevertheless, one person who should know said months ago that the electric car company was overvalued, tweeting on 1 May: “Tesla stock price is too high imo”.

Who says? Well, it was Elon Musk himself – and the tweet knocked $14bn off the company’s value.

Since then, the share price has increased fourfold – but, hey, what does he know? 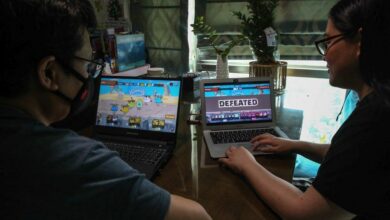