Daniel Radcliffe says his “entire career” has been based on “luck and privilege”.

The ‘Harry Potter’ star rose to fame as a child when he played the role of the titular wizard in the film franchise, and has put his career success down to a “massive amount of luck”, even though he acknowledges he has also “worked really hard”.

He said: “My entire life and career is built on luck and privilege. It’s just sort of allowed to be the case. I definitely don’t want people to think I got anywhere because I just worked really hard. Anyone who’s successful in anything, for the most part – even if you did work really hard, which I’m sure people did – there’s still a massive amount of luck involved. I mean, my life is an insane example of a place of luck.”

Daniel, 30, even says landing the role of Harry Potter was mostly down to luck, and still can’t believe the success that came his way following his starring role.

He added to HuffPost: “I got incredibly lucky when I was 10 or 11 and then that afforded me opportunities that I would unquestionably not have been afforded had I not had that stroke of luck. When I was 17, I was in the West End. There’s very few people that go from having never done a play to doing a play in the West End.”

The ‘Escape from Pretoria’ star’s comments come after he recently said he is afraid of losing his career.

Asked what he’s scared of, he said: “Lots of things. But the biggest fear for me other than, obviously, something dreadful happening to my loved ones, or to my physical health, steps from a fear of: ‘What if I don’t get to be on film sets in some capacity for the rest of my life?’

“If something were to happen that took that away from me, that would be the worst.” 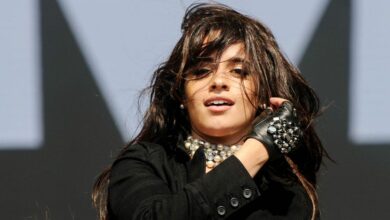