The undated video showed the two military commanders in the operations room in Syria.

Soleimani, who headed the Quds Force, the overseas arms of the IRGC, was killed in a US airstrike at Baghdad’s international airport in January.

Badreddine, a top commander of the Lebanese Hezbollah, was killed in Syria in May 2016.

Interesting archival video of #Soleimani and #Hezbollah’s Mustafa Badreddine in the operations room in #Syria circulating on Telegram today, which comes on the heels of the 100th day after Soleimani’s death and ahead of the fourth anniversary of Badreddine’s death in May. #Iran 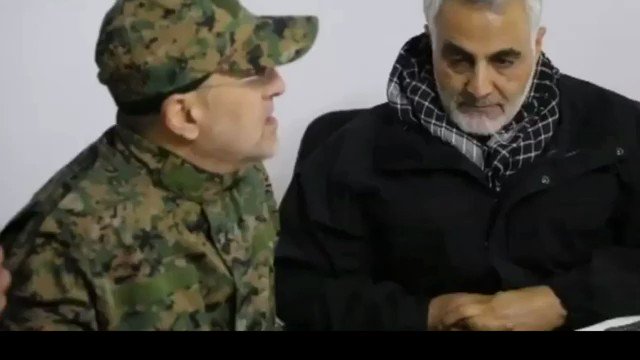 97 people are talking about this

Badreddine was one of the highest-ranking officials in the group and assessed by the US government to be responsible for Hezbollah’s military operations in Syria, where it has been fighting alongside the Syrian President Bashar al-Assad since 2011.

Hezbollah said at the time that Badreddine was killed by artillery shells fired by insurgents near Syria’s Damascus airport.

In the video, Badreddine is seen showing Soleimani footage of attacks on a projector.