Mourners hit out at Iraq’s government over insecurity Tuesday, during the funerals of five children and two women killed by a wayward rocket targeting US troops stationed at Baghdad airport.

Several among the hundreds of mourners in the village of Al-Bouchaabane, a few kilometers from Baghdad airport, told AFP that some of the children were killed by the rocket as they played in front of their home late on Monday.

“This village is like a microcosm of Iraq,” one mourner said. “If the government isn’t capable of protecting us, how can it ensure the security of Iraq as a whole?”

The latest attack targeting American interests – one of around 40 since early August, and many others stretching back months – comes after Washington threatened to close its embassy and withdraw its remaining 3,000 troops from Iraq, unless the attacks cease.

The fatalities represent a new stage in the standoff between Prime Minister Mustafa al-Kadhimi, a head of the country’s intelligence service long seen as close to Washington, and pro-Iran armed groups that are demanding US troops leave the country. 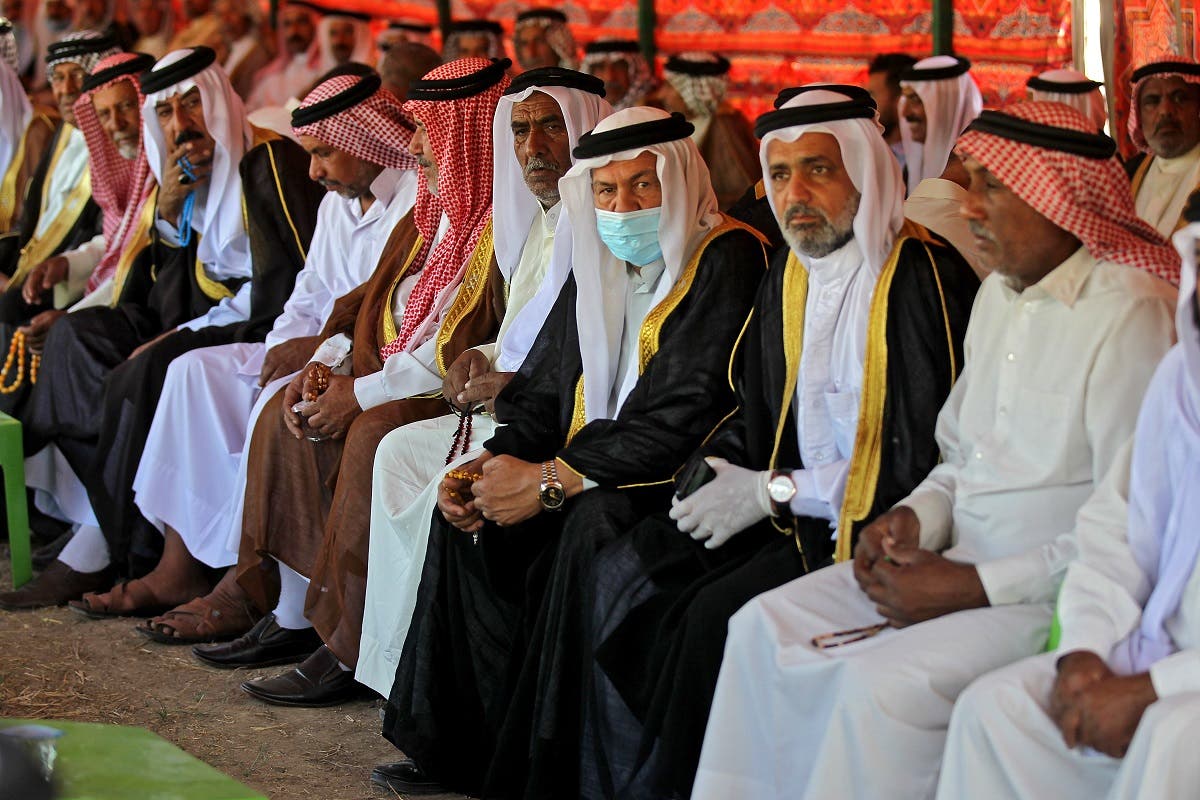 Iraqi tribal dignitaries attend the funeral of a family killed a day earlier when a rocket hit their home near Baghdad’s airport, in the village of Al-Bu Shaban in the Radwaniyah area on the outskirts of the capital, on September 29, 2020. (AFP)

The death toll – up from an initial five, after two children died of their wounds in hospital – place these armed factions in an uncomfortable position.

The public has become increasingly worn down by years of violence and armed groups holding the country to ransom.

Possibly anticipating a backlash, pro-Iran social media accounts that usually laud such rocket strikes were silent in the wake of this attack.

Several high-ranking officials attended the funerals in a bid to provide reassurance, but several among the hundreds of Iraqis surrounding the coffins told AFP that they feel permanently unsafe.

In front of the victims’ small home, dozens of tribal chiefs received condolences close to the crater left by the rocket.

Shrapnel holes were visible in walls and blood on the ground.