The officials said the militia group targeted was Kata’ib Hezbollah, an Iran-backed group that U.S. officials have accused of firing rockets at bases hosting US troops and other facilities in Iraq.

One government official told Reuters that one of the three leaders detained in the raid was an Iranian. Iraqi special forces from the Counter Terrorism Service carried out the raid, he said.

The official added that the three detained leaders were handed over to the US military. A spokesman for the US-led coalition in Iraq did not immediately respond to a request for comment.

Iraq’s new prime minister, Mustafa al-Kadhimi, has indicated he will be tough on militia groups which target US installations. The raid, which took place after midnight, is the first sign Kadhimi will follow through on his tough talk.

It took place after a number of rocket attacks near the US Embassy in Baghdad and other US military sites in the country in recent weeks. 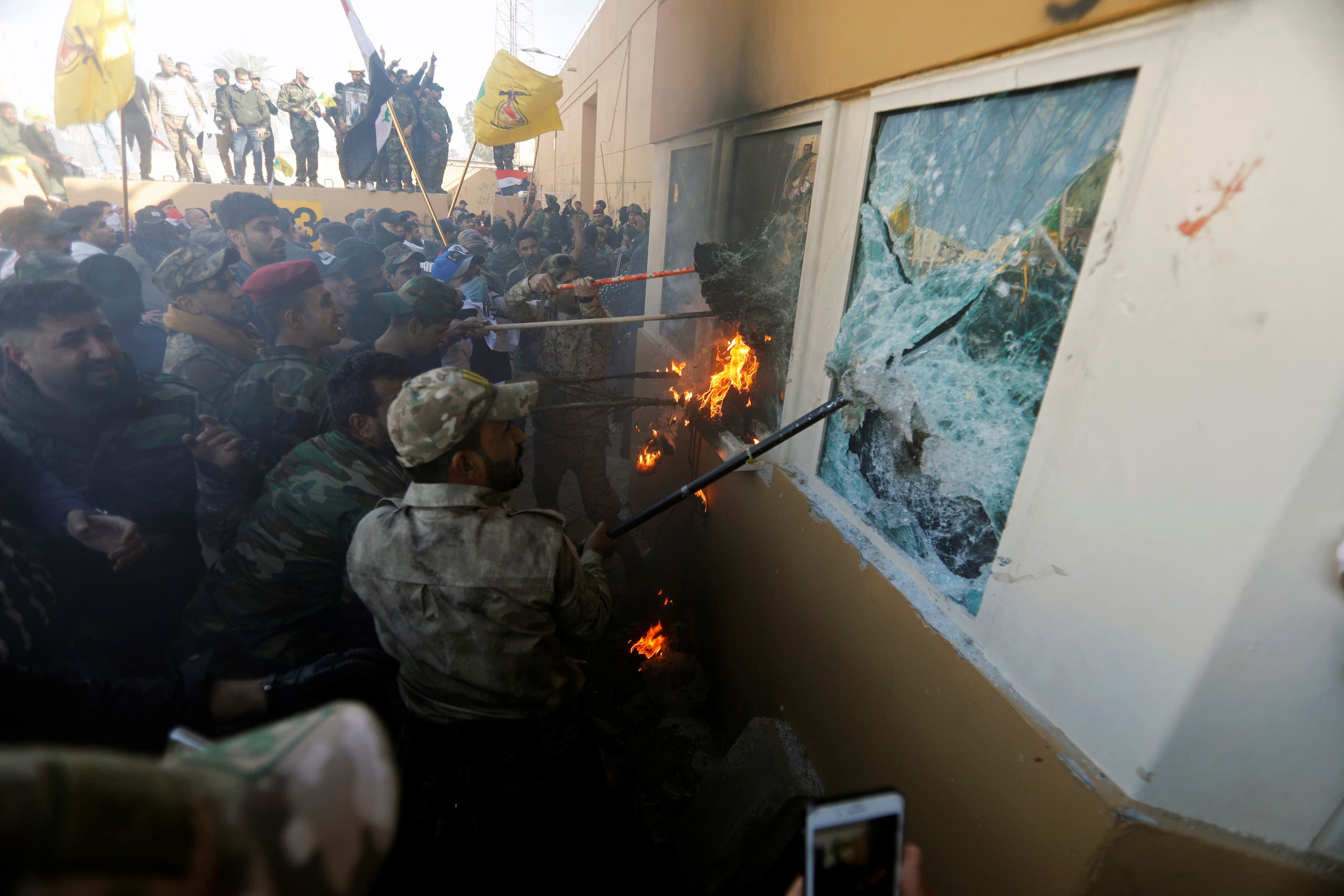 Militia fighters attack the US Embassy in Baghdad on December 31, 2019. (File photo: Reuters)

There was no immediate comment from Iraqi militia groups or from Iran. Both Tehran and Washington supported Kadhimi in becoming prime minister in May.

US Senate votes for Trump impeachment trial to go ahead