Three Iraqis convicted of “terrorism” were hanged on Monday, a security source said, days after a deadly double suicide attack in a crowded Baghdad marketplace.

“Three people convicted under Article 4 of the anti-terror law were executed on Monday at the Nasiriyah central prison,” the source told AFP on condition of anonymity.

The reported hangings came after rights groups warned Iraq may authorize a spree of such executions in a show of strength following the bombings on Thursday which killed at least 32 people and were claimed by ISIS terrorist group.

On Sunday, an official from Iraq’s presidency had told AFP more than 340 execution orders “for terrorism or criminal acts” were ready to be carried out.

“We are continuing to sign off on more,” said the official, speaking on condition of anonymity.

Another official from Iraq’s presidency said Monday that all the orders were signed after 2014, most of them under ex-president Fuad Massum and at a time when ISIS occupied a third of the country. 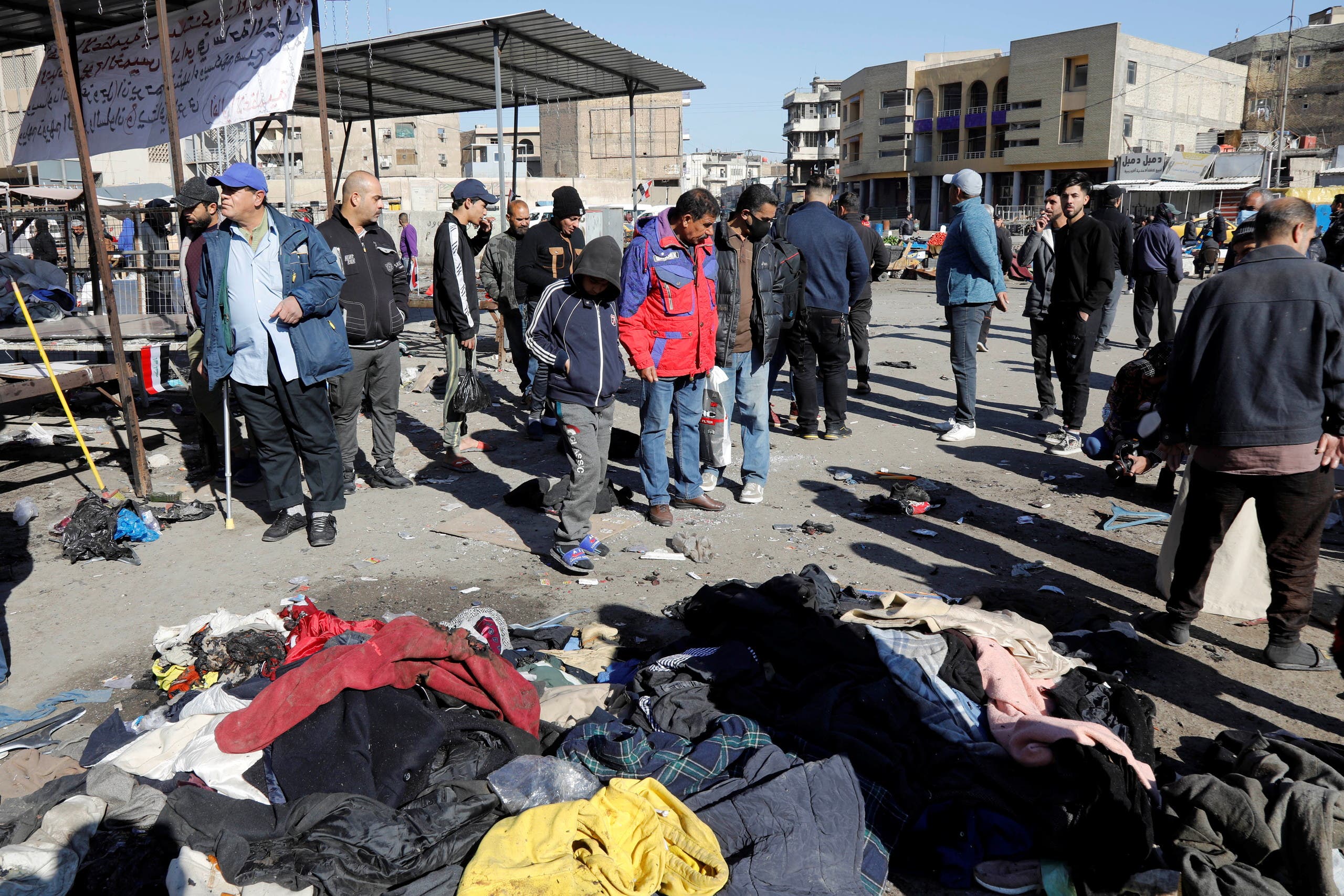 People gather at the damaged site in the aftermath of a twin suicide bombing attack in a central market, in Baghdad, Iraq January 22, 2021. (Reuters/Khalid al-Mousily)

Thursday’s attack was a jolting reminder of the persistent threat posed by the extremists, despite the government declaring victory over ISIS in late 2017.

A 2005 law carries the death penalty for anyone convicted of “terrorism,” which can include membership of an extremist group even if they are not convicted of any specific acts.

Since Baghdad officially declared victory over ISIS, Iraqi courts have sentenced hundreds to death for crimes perpetrated during the extremists’ 2014 seizure of swathes of the country and their brutal three-year hold over cities including Mosul.

Only a small proportion of the sentences have been carried out.

Rights groups have warned that executions were being used for political reasons.

“The death penalty is used as a political tool more than anything else,” she told AFP on Sunday.