The United States has no right to trigger the reimposition of all UN sanctions on Iran, the Iranian foreign minister said in a letter to the United Nations, calling on members of its Security Council to reject Washington’s move.

“The US push to reimpose UN sanctions on Iran will have dangerous consequences … Iran has exercised restraint in good faith … Now it is the international community’s turn to counter the unlawful push by the United States,” Zarif said in the letter.

Iranian state TV said the letter had been submitted to the head of the UN Security Council by Iran’s UN envoy, Majid Takhteravanchi.

US Secretary of State Mike Pompeo said on Wednesday that US President Donald Trump has directed him to trigger the ‘snapback’ of all UN sanctions on Iran at the UN Security Council in New York on Thursday.

In a bid to reimpose the sanctions, the United States will submit a complaint to the 15-member UN Security Council about Iran’s non-compliance with the nuclear deal, even though Washington quit the accord in 2018. Zarif said Washington had no right to trigger the snapback mechanism as it was no longer a party to the nuclear pact. 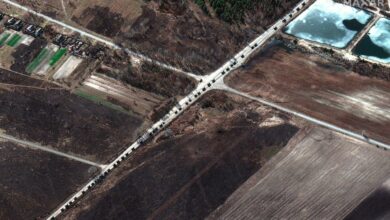