An overwhelming majority of Iranian legislators have set to define strict conditions for a return to the country’s 2015 nuclear deal as an agreement with world powers in Vienna appears close.

In a statement read out on Sunday, 250 legislators in the 290-member parliament – in control of conservatives and hardliners since 2020 – called on President Ebrahim Raisi to adhere to their conditions in restoring the Joint Comprehensive Plan of Action (JCPOA).

They said the “cruel and terrorist” American government – and its “weak and contemptible” followers France, Germany, and the United Kingdom – have shown they are not bound by any agreement over the past few years, so Iran must learn from the experience and set clear red lines.

The legislators defined those as receiving a guarantee by the US and the so-called E3 that they will not abandon the nuclear deal again – as Washington did unilaterally in 2018 under former President Donald Trump, who pulled out and imposed punishing sanctions.

“The US regime and other countries party to the JCPOA must pledge that they won’t use the snapback mechanism,” they wrote in reference to a clause defined in the nuclear accord that automatically reimposes United Nations sanctions on Iran if it breaches the deal.

The parliamentarians also asserted all sanctions imposed under “false excuses” must be lifted – which they defined as nuclear, terrorism, missile, and human rights designations, in addition to those under the Iran Sanctions Act (ISA), Countering America’s Adversaries Through Sanctions Act (CAATSA), and U-Turn sanctions on dollar transactions.

To ensure effective implementation of their demands, the legislators called for an unspecified “verification” process, after which Iran would act to scale back its nuclear advances to come into full compliance with the terms of the JCPOA again.

After waiting for a year after the US exit, Iran started gradually boosting its nuclear capabilities in 2019. The process has significantly accelerated since December 2020, when the same parliament passed a law that forced the administration of moderate former President Hassan Rouhani to take more measures.

The law garnered enough support after two major attacks on Iran’s main nuclear facilities in Natanz, and the assassination of Mohsen Fakhrizadeh, a top nuclear scientist. Iran blamed Israel as the perpetrator of those attacks.

While maintaining its nuclear programme is strictly peaceful, Iran is now enriching uranium up to 60 percent using advanced centrifuges. This is while the nuclear deal restricted Iran’s enrichment to 3.67 percent using first-generation machines.

Lastly, the legislators on Sunday reminded President Raisi that based on their law, his administration can only act to scale back the country’s nuclear advances if parliament approves the lifting of banking and oil sanctions by the US.

Raisi, who was a chief critic of the nuclear deal alongside other conservatives before championing its restoration since taking the presidency in August 2021, has publicly stated conditions that are largely in line with the parliament’s vision.

His administration has said it wants all US sanctions imposed since 2018 lifted, and demands guarantees Washington will not renege again. It also wants time to time to verify the lifting of sanctions before again restricting Iran’s nuclear programme. 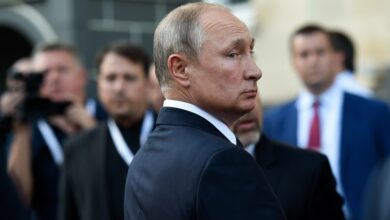