An Iranian scientist imprisoned in the US and acquitted in a federal trade secrets case returned to his homeland on Wednesday morning, a semi-official Iranian news agency reported.

The report by the ISNA news agency included an image of Sirous Asgari, wearing a face mask and being welcomed by relatives.

A professor at Iran’s Sharif University of Technology, Asgari was indicted in April 2016, accused by US federal prosecutors of trying to steal secret research from Case Western Reserve University. The Cleveland school had been working on a project for the US Navy Office of Naval Research to create and produce anti-corrosive stainless steel.

Asgari was ultimately acquitted in November after US District Judge James Gwin tossed out the case by the prosecutors.

Ken Cuccinelli, the acting deputy Homeland Security secretary, earlier told The Associated Press that the DHS had started to try to deport Asgari last December, following his acquittal. However, he said, Iran refused to recognize him as legitimately Iranian and provide him with a valid passport until late February.

His return was then postponed due to the coronavirus pandemic and restrictions on international flights. Additionally, Asgari contracted the virus but was later reported to have fully recovered.

Iranian officials had associated Asgari’s release with US prisoners held in Iran potentially being freed, something Cuccinelli strongly disputed.

On Tuesday, Iranian Foreign Minister Mohammad Javad Zarif first said in an Instagram post that Asgari was on his way back to Iran. The ministry spokesman, Abbas Mousavi, rejected speculation of a prisoner swap.

Last year, Iran freed US citizen Xiyue Wang, who had been held for three years on spying charges, and the US released Iranian Massoud Soleimani, who faced charges of violating US sanctions on Iran. 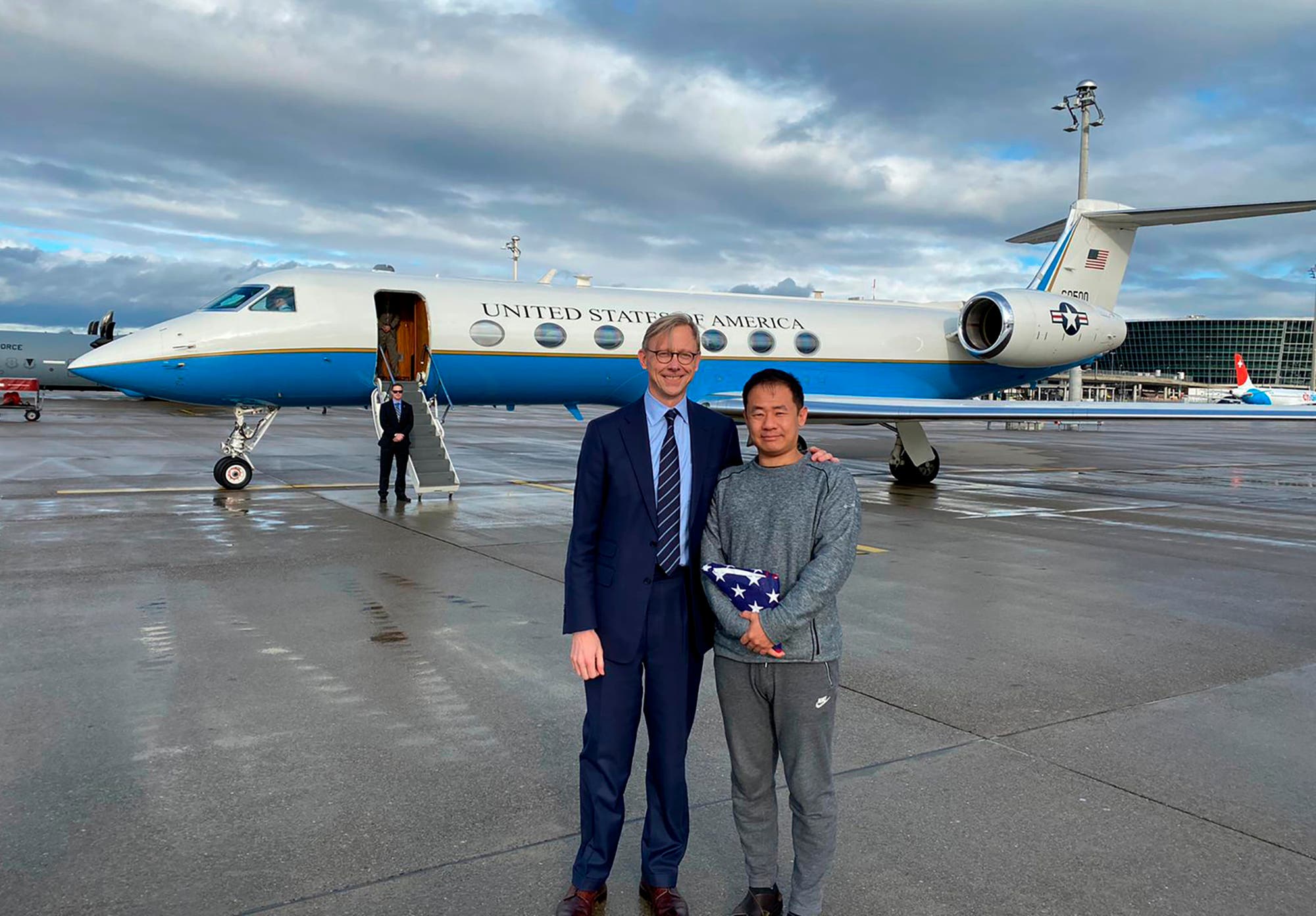 The outbreak of the novel coronavirus has led Iran, the worst-hit country in the region, to temporarily release some prisoners in a bid to curb the spread of infections.

In mid-March, US Secretary of State Mike Pompeo said Tehran was considering freeing some US citizens as Michael White, a US navy veteran who has been detained in Iran since 2018, was released from prison on medical furlough. He remains in Iran.