Iran’s army is set to hold a “joint and large-scale” drone drill with its different divisions primarily in central Iran on Tuesday, the state news agency IRNA reported.

The two-day drill will involve “hundreds of operational drones of the army’s ground, air and navy forces in the general area of Semnan (province) and different parts” of the country, IRNA said on Monday.

The Iran-manufactured drones will undertake “combat, surveillance, reconnaissance, and electronic warfare” in short and long distances flights, the agency added.

IRNA said the army will also showcase its “achievements” regarding drone manufacture in an exhibition with the presence of high-ranking military commanders. 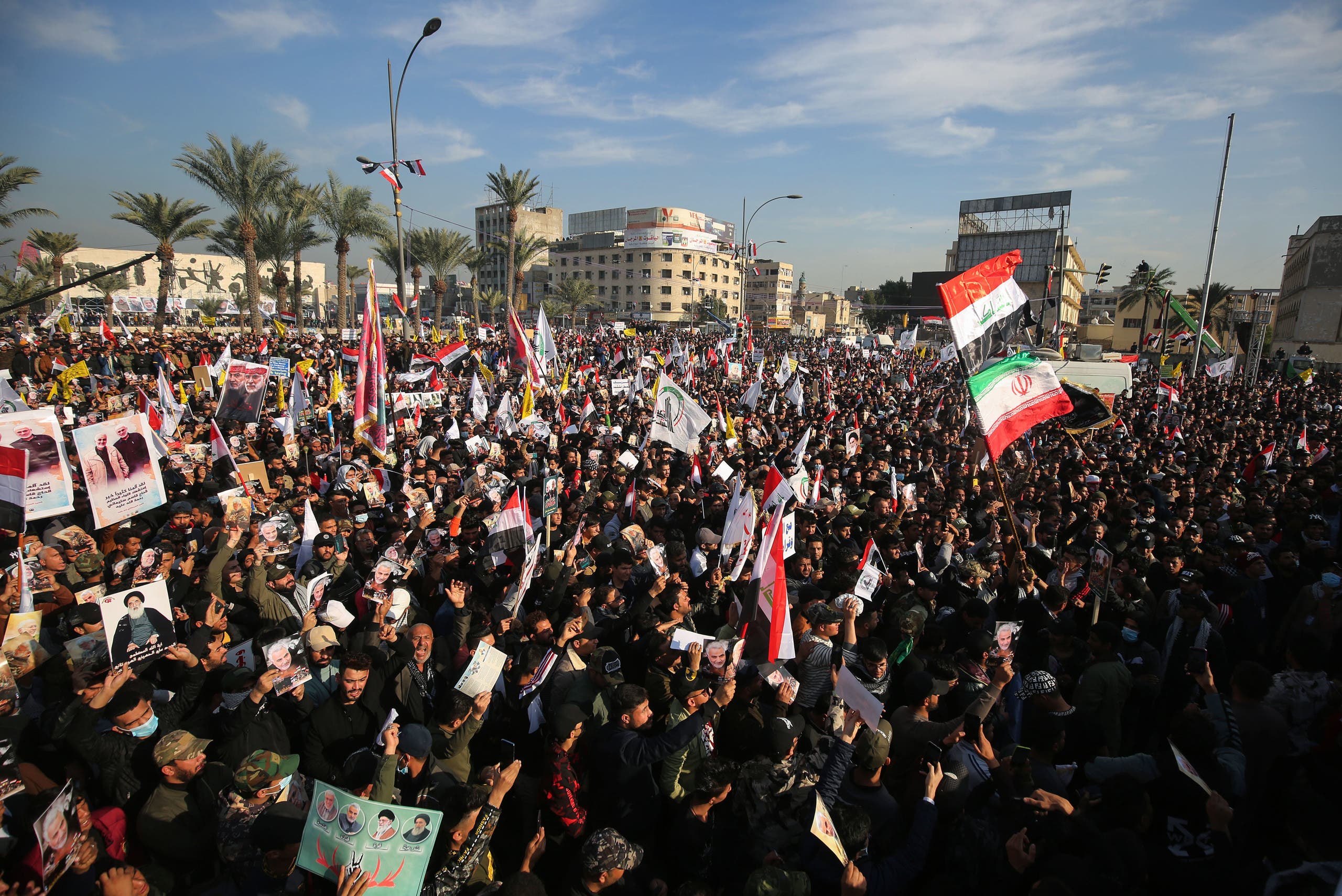 Iraqi demonstrators rally in Tahrir square in Baghdad on January 3, 2021, to mark the anniversary of the death of Qasem Soleimani. (AFP)

The announcement comes at a time of heightened tensions with the US, and a day after Iran marked the first anniversary of the assassination of Islamic Revolutionary Guards Corps (IRGC) commander Qassem Soleimani.

He was killed in a US drone strike in Iraq in January last year.

It also follows the US decision on Sunday to reverse a plan to bring the aircraft carrier USS Nimitz home from the sensitive Gulf waters.

The Pentagon said the Nimitz would stay in the region due to alleged “recent threats” by the Islamic Republic.