An Iranian architect shared a design that protects endangered penguins and stops the melting of polar ice in Antarctica.

The concept is a two-part system that uses igloos both above the ground and under the water.

The upper structures provide penguins with man-made habitats for breeding, along with enough space for a waddle to keep eggs warm.

The lower igloo features crater-like holes that mimic a sea sponge and is connected to a submerged swinging pendulum.

As the pendulum is moved by waves, it produces electricity to cool the surrounding ice –halting the frozen sheets from melting.

The concept, called ‘Penguin Protection System,’ is the brainchild of Sajjad Navidi and although it is still a conceptual project, Navidi hopes it will address polar ice melting while creating habitats for penguins.

Melting ice is pushing emperor penguins into extinction because the birds rely on the frozen landscape to live and breed.

With this in mind, Navidi has set out to create a solution for both events.

The protection system consists of an above water igloo that allows penguins to huddle together inside, along with a safe enclosure for laying eggs. Navidi also notes that the igloo is designed to protect the birds from temperatures that can fall to -50 degrees Fahrenheit. Below the water is an inverted igloo that is designed like a sea sponge to stop ice from melting on the surface.

The key feature is an attached pendulum that when moved by waves, generates electricity to power a cooling system that includes a water cooling fan. The mechanical structures push cold air into the surrounding water as well up onto the surface.

‘This system is independent in nature and, when needed, smartly separates and moves towards them by identifying melting ice areas,’ Navidi shared on his Instagram page.

Emperor penguins have been listed as endangered for years and a study from 2019 notes these majestic creatures could be wiped out by climate change within the next 80 years due to their shrinking habitats.

Ice must be locked in to the shoreline of the Antarctic continent, while close enough to open seawater for the birds to access food for themselves and their young.

As the climate warms, this sea ice will gradually disappear — robbing the birds of their habitat, food sources and ability to hatch chicks.

‘If [the] global climate keeps warming at the current rate, we expect emperor penguins in Antarctica to experience an 86 percent decline by the year 2100,’ said seabird ecologist Stephanie Jenouvrier of Woods Hole Oceanographic Institution.

‘At that point, it is very unlikely for them to bounce back.’ India COVID crisis: ‘A graveyard of the young’ 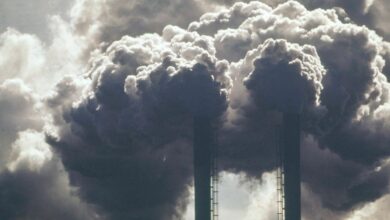 Why Did The Inca People Buried llamas Alive With a Range of Adornments?