The Biden administration will return to the Iran nuclear deal provided Tehran return to compliance and then negotiate a “longer and stronger” accord, US Secretary of State Antony Blinken said in an interview with NBC News.

During the interview, taped on Sunday, Blinken said Iran was months away from developing enough nuclear material to create a bomb, in “a matter of weeks”, if Iran continues to lift restraints put in place by the 2015 deal.

Iran began to lift the restraints after the former administration of President Donald Trump withdrew from the deal in 2018, a widely-criticised move.

The Iran deal was signed on July 14, 2015 by a group of six countries called the P5+1 – China, France, Russia, the United Kingdom, United States and Germany, and the European Union.

It agreed to lift sanctions imposed on Iran, giving it greater access to the global economy, in return for measures blocking Iran’s development of nuclear weapons.

Washington would consider issues that were not on the table during the negotations surrounding the 2015 Iran deal, Blinken said, including the release of US prisoners held by Iran.

“Irrespective of … any deal, those Americans need to be released. Period,” he said, adding, “We’re going to focus on making sure that they come home one way or another.”

Iran has said it will not renegotiate the deal and placed blame on the US for its unilateral withdrawal.

“The nuclear accord is a multilateral international agreement ratified by UN Security Council Resolution 2231, which is non-negotiable and parties to it are clear and unchangeable,” Iranian Foreign Ministry spokesman Saeed Khatibzadeh was quoted by state media as saying on Saturday.

Blinken also discussed possible new sanctions against North Korea and Russia, which has jailed top opposition politician Alexey Navalny and thousands of protesters demonstrating for his release, among disputes with the US.

Blinken did not commit to specific sanctions against Moscow as it reviewed the ongoing situation involving Navalny, Russian election interference, the SolarWinds hack and alleged bounties against US soldiers in Afghanistan.

Blinken said he was open to sanctions against North Korea, which has remained a defiantly nuclear power viewed as a destabilising force in the region, as well as other possible actions against Russia as the Biden administration continues its foreign policy review, Blinken said. 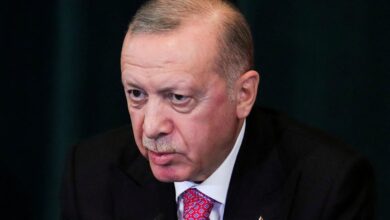