Iran’s President Ebrahim Raisi vowed revenge on Monday for the US assassination of Iranian General Qassem Soleimani two years ago unless former US President Donald Trump was put on trial.

“If Trump and [former secretary of state Mike] Pompeo are not tried in a fair court of law for the criminal act of assassinating General Soleimani, Muslims will take their martyr’s revenge,” Raisi said, according to state news agency IRNA.

Iran and allied groups in Iraq have been holding vigils to honor Soleimani, the former commander of the Quds Force, the overseas arm of the IRGC, who was killed in a drone strike in Iraq on January 3, 2020, along with Iraqi militia commander Abu Mahdi al-Muhandis.

Iran’s permanent representative to the United Nations also called on the UN Security Council to hold the US and Israel responsible for assassinating Soleimani.

“Given the dire implications of this terrorist act on international peace and security, the Security Council must live up to its Charter-based responsibilities and hold the US and the Israeli regime to account for planning, supporting and committing that terrorist act,” Takht Ravanchi said in his letter to the UNSC.

At the time of the drone strike that killed Soleimani, the US justified its actions to the UN as “self-defense” and said it was prepared to take any additional actions “as necessary” in the Middle East to protest US personnel and interests. 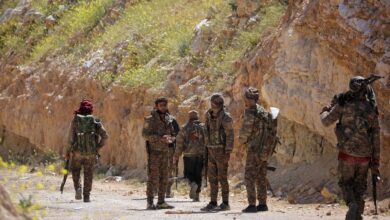 US slams Tehran for attacks in Iraq, vows to disrupt Iran’s destabilizing behavior