Iran on Tuesday summoned Belgium’s ambassador to Tehran in protest after a court in Antwerp jailed one of its diplomats for plotting a thwarted 2018 bombing in neighboring France.

Assadollah Assadi, 49, was sentenced to 20 years behind bars on Thursday after being convicted of attempted murder of a “terrorist” nature and “participation in the activities of a terrorist group.”

He denies the charges.

The Iranian foreign ministry said it had summoned the Belgian ambassador in Tehran “to convey the strong protest of the Islamic Republic of Iran against the illegal decision of the court in Antwerp concerning our diplomat Assadollah Assadi.”

“The Belgian government has also been called upon to take measures for the immediate release of Assadi” and “to respect human rights standards,” it added.

Three Belgians of Iranian origin were given jail sentences of between 15 and 18 years and stripped of their Belgian nationality in the trial, which further poisoned already tense relations between Tehran and European capitals.

The Islamic republic had warned ahead of the trial that it would not recognize the outcome, saying the procedure initiated by the Belgian justice system was “not legitimate” as Assadi enjoyed diplomatic immunity.

Russia hits a new record for COVID-19 infections this year

Coronavirus: Hong Kong suspends all schools due to COVID-19 spike 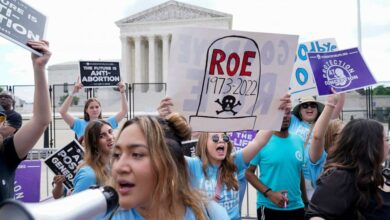