Iran’s foreign ministry said on Sunday it sanctioned Richard Goldberg, an ex-aide to a former US national security adviser who currently is a senior adviser at the Washington-based think tank the Foundation for Defense of Democracies (FDD).

Goldberg, who served as an aide to John Bolton, was sanctioned over “being actively involved in economic terrorism against the interests of Iran’s government and citizens,” according to the ministry’s statement.

Tehran uses the term “economic terrorism” to refer to US sanctions.

The sanctions were based on a law approved by Iran’s parliament in 2017, meant to “confront America’s human rights violations and adventurist and terrorist acts in the region.”

However, the details of the sanctions and how they will be enforced was not specified.

In response, Goldberg said on Twitter he considers his inclusion on Iran’s sanctions list a “badge of honor.”

“I’ve been a National Security Council official, chief of staff for a governor, senior staff for a US Senator, senior adviser for FDD and deployed to Afghanistan as a Navy Reservist. Today I gain a new badge of honor: “sanctioned” by Iran for coordinating President Donald Trump’s maximum pressure campaign” he tweeted.

Goldberg is a senior adviser at FDD, which describes itself as a Washington-based “non-partisan research institute focusing on foreign policy and national security.”

Iran had added FDD and its Chief Executive Mark Dubowitz to its sanctions list in August 2019.

Iran accused FDD and Dubowitz of “seriously and actively trying to harm the Iranian people’s security and vital interests” and alleged that the think tank was “fabricating and spreading lies, encouraging, providing consultations, lobbying, and launching a smear campaign” against Iran.

Tensions between Tehran and Washington have escalated since US President Donald Trump pulled out of the 2015 nuclear deal and reimposed sanctions against Iran as part of a “maximum pressure” campaign. 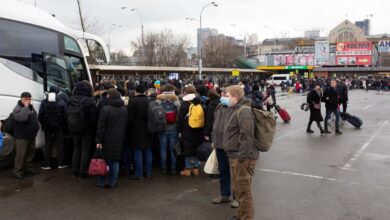