Iran is taking advantage of a stock market boom to boost state revenues by selling stakes in state companies, but risks political repercussions if those buying shares get burned.

While Iran’s already weak economy has been hit by the coronavirus crisis and an oil price slump, its stock market has risen 100 percent in local currency terms since March, encouraging many Iranians to seek higher returns than those available in cash.

“People are withdrawing their savings from the banks to buy stocks. The daily interest rates have dropped from 15 percent to 8 percent in the past weeks,” one bank employee in Tehran told Reuters.

Iran’s deteriorating economy, largely the result of sanctions re-imposed by the United States over Tehran’s nuclear program, has prompted widespread protests since late 2017.

Thousands of mainly lower middle-class Iranians took to the streets in November to demonstrate against a fuel price hike that plunged Iran into its biggest crisis since 1979.

In response, authorities said last month they planned to allow 49 million Iranians to trade so-called Justice Shares, a scheme launched in 2006 to hand heavily-discounted shares in state firms to people on lower incomes.

“The establishment is very well aware of all these economic hardships … and one of our concerns is the revival of protests like last year,” a senior government official, who asked not to be named, said. “The aim is to show people that the Islamic Republic cares about them.”

Justice Shares, which have a total value of around $19 billion at the free market rate, have given holders sporadic dividend payouts over years, but could not previously be sold.

Allowing holders to cash in gives them a one-off capital gain and increases liquidity in the stocks and the wider market.

Some officials fear investors are getting carried away.

“The government might be able to collect cash, but people will get poorer when the bubble bursts sooner or later,” a senior official at Iran’s Central Bank, speaking on condition of anonymity, told Reuters.

Ahmad Naderi, head of research institute and social studies at Tehran University who was elected as a member of parliament last year but has yet to be sworn in, said he feared a bubble that would burst.

“I am worried about its social and security consequences in the near future: riots bigger than 96,98 (2017,18) and definitely bigger than the 70’s,” he said on Twitter on May 6.

A Tehran Stock Exchange (TSE) spokesman denied there was a bubble in the country’s stock market. Iran’s economy ministry declined to comment. 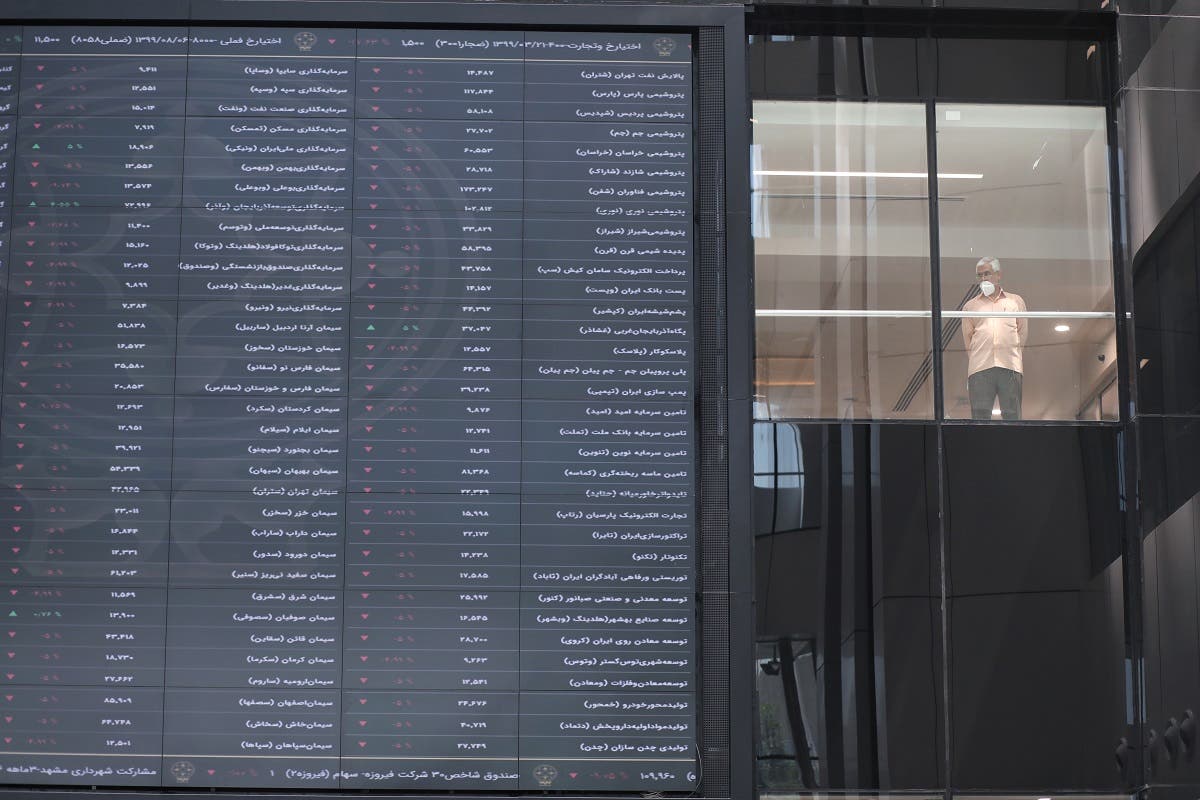 A stock market employee wearing a protective face mask stands beside an electronic board showing stock prices at Tehran Stock Exchange in Tehran, Iran, May 12, 2020. (Reuters)

Tehran is using the stock market’s rise to embark on a long-promised privatization drive aimed at boosting state revenues, battered by US curbs on oil sales and a decline in other exports as borders closed during the coronavirus pandemic.

It has also listed an exchange-traded fund with its shares in banks and financial institutions and has said it plans to do the same for government stakes in mining, steel and petrochemicals firms, as well as privatizing other state-owned firms and two football clubs.

TSE data shows the share prices of state-controlled like the Telecommunications Company of Iran or the Aluminium Company have risen by 100 percent since early March.

The sharp devaluation of the rial since 2018 has made foreign imports more expensive and boosted the shares of some local companies, due to rising demand for their products.

A lack of alternatives for investors, high inflation and the difficulties of investing abroad because of sanctions has fueled a drive to the stock market.

“Housing prices have sharply increased, gold and (the) dollar are too expensive and not affordable for many people. Therefore people have one safe option to invest and that is the stock market,” an official at Iran’s economy ministry said.

The government last month launched its largest ever initial offering (IPO) with a 10 percent sale of the Social Security Investment Company (SHASTA), the investment arm of Iran’s largest pension fund, which raised $437 million.

Zohreh Mirsarafi, 62, was one of around two million Iranians who bought into the 8 billion shares in SHASTA which were offered at around 8,600 rials on the TSE.

“I cannot live with my $200 salary. To make ends meet, I bought shares with my savings,” the retired teacher, who lives in Tehran, told Reuters.

Tehran-based economist Saeed Leylaz forecasts Iran’s stock market will rise to 1.5 million points, from just over 1.017 million now, before dropping by around 12 percent and then stabilizing.

“Iran is experiencing tough economic times … Considering limited investment options … the stock market is the only place where people’s capital can be protected,” Leylaz said.

Maciej Wotal, fund manager at Amtelon, said that while he was bullish on Iranian equities in the long term, the stock market had recently become “overheated” and the European fund was “waiting for a better moment to increase our allocation.”

While Iranian authorities expect privatizations to increase productivity, boost the private sector and create jobs, some analysts say a lack of foreign investors and the fact that the government will still be in control means little real change.

Eurasia Group described Tehran’s privatization policy as “a cosmetic step” which on its own “does little to tackle the systemic problems in the economy.” 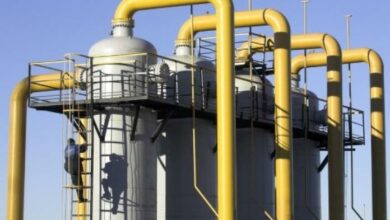