Iranian prosecutors have pressed criminal charges against a deputy of President Hassan Rouhani, the judiciary said on Tuesday, making him the second Rouhani ally to face prosecution in recent weeks.

Vice President Isa Kalantari, who is Iran’s environment chief, is involved in an ongoing case involving the condition of a lagoon in north of the country as well as “remarks that circulated recently on social media,” judiciary spokesman Gholamhossein Esmaili told reporters. He did not elaborate.

Kalantari has faced strong criticism from conservative media in recent days over comments he made in a year-old interview that they deemed insulting to the founder of the Islamic republic, Ruhollah Khomeini. 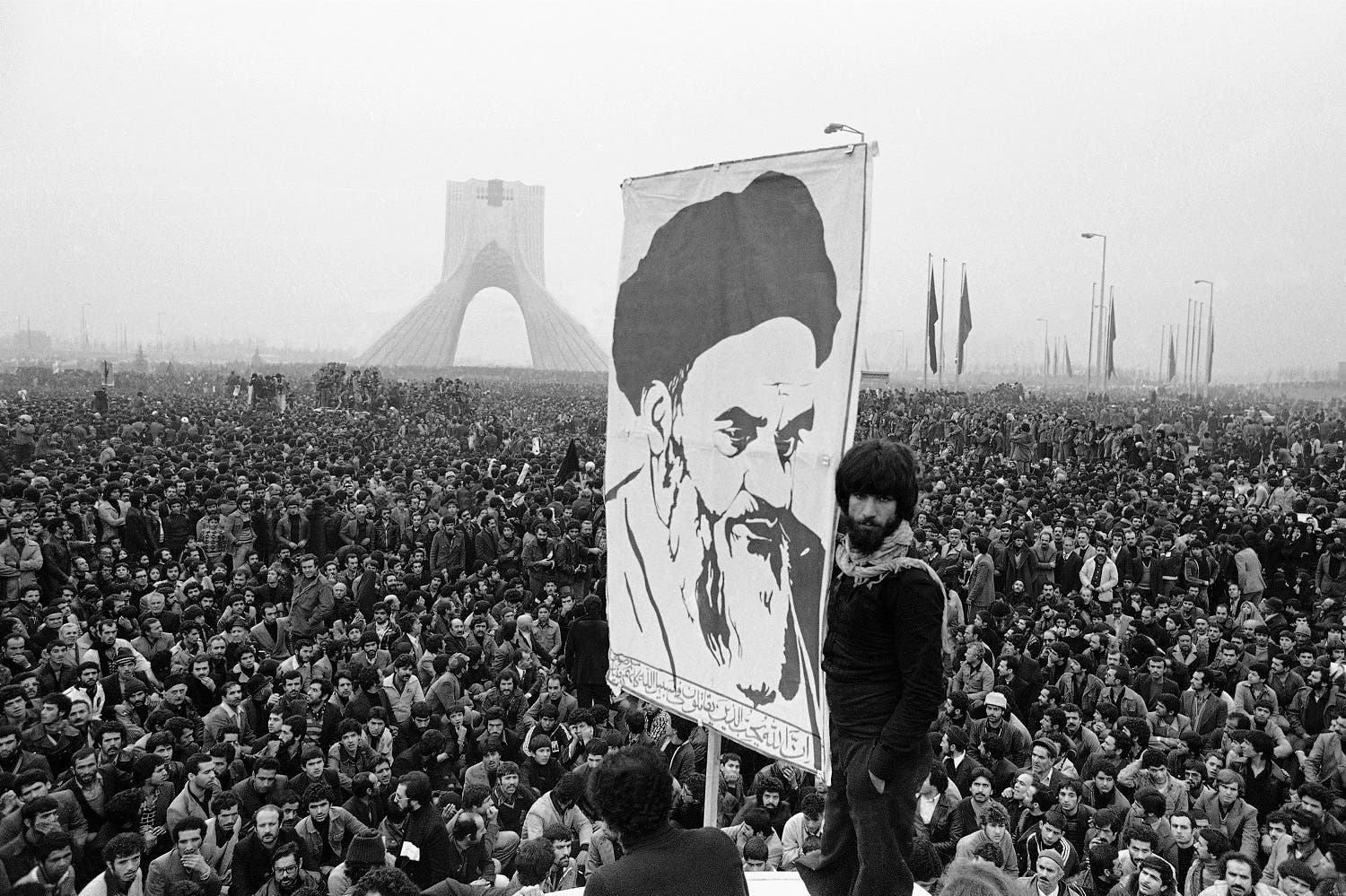 In this Dec. 10, 1978 file picture, demonstrators hold up a poster of exiled Muslim leader Ayatollah Khomeini during an anti-shah demonstration in Tehran at the Shayah monument, which was built to commemorate the monarch’s rule and symbol of his power. (AP)

“He has presented his explanations. We must wait and see what the court decides, as he has only been recently summoned,” Esmaili said.

Kalantari told state news agency IRNA on Sunday that his comments had been taken out of context.

“If you listen to the whole interview, you will see no such (insult) has taken place. It’s not logical to draw conclusions from 20-40 seconds of a two-hour interview,” he said.

The 68-year-old served as agriculture minister in the 1990s and was appointed head of the environment department in 2017.

The charges against Kalantari come just days after it was reported that former vice president Shahindokht Molaverdi had been sentenced to two and a half years in prison on charges of handing classified information to foreign parties and “propaganda” against the state.

Molaverdi served as vice president for women’s affairs during Rouhani’s first term as president and was replaced by current Vice President Masoumeh Ebtekar in 2017.

She said she intends to appeal.

When asked about her case, Esmaili said he could not comment as the “verdict issued is not yet final.”