Iranian authorities detained British-Australian university lecturer Kylie Moore-Gilbert after discovering she was in a relationship with an Israeli, which fuelled baseless suspicions that she was a spy, the Sydney Morning Herald reported on Friday, citing multiple diplomatic and government sources.

The newspaper said that once Iran found out about her partner, officials moved to arrest Moore-Gilbert at Tehran airport in September 2018. The Cambridge-educated expert in Middle East politics was sentenced to 10 years in prison for espionage, allegations she has always denied.

Moore-Gilbert was released on Thursday after spending two years in prison, as three Iranians who were serving long sentences in Thailand for a failed 2012 bomb plot were flown home.

On Thursday, Australia’s Prime Minister Scott Morrison repeatedly declined to confirm her release was part of a complicated prisoner swap, but the Herald said Moore-Gilbert’s freedom had involved high-level negotiations with the Thai government.

Australian government sources, who asked not to be named as they had not been authorised to discuss the talks, told the paper it had taken more than six months of sometimes-delicate discussions to put the deal together, and Foreign Minister Marise Payne had been central to the “quiet diplomacy” strategy and the inclusion of third-party governments in the talks.

While welcoming Moore-Gilbert’s release, human rights groups raised concerns about what they said was Iran’s use of “hostage diplomacy”.

According to the Herald, Iranian government officials made it explicitly clear from the beginning of negotiations that they wanted the three men jailed in Thailand released.

Saeed Moradi, Mohammad Khazaei and Masoud Sedaghat Zadeh were all in prison in Bangkok on charges relating to a botched 2012 bomb plot, which Thailand said was intended to target Israeli diplomats.

The request from Iran led to the Australian government approaching the Thai government to seek help with arranging the prisoner swap. Thailand agreed to the deal after months of high-level negotiations, while discussions were also held with the Israeli government, the paper said.

Thai officials said they were unaware of any “exchange” and Chatchom Akapin, Thailand’s deputy attorney general, told The Associated Press that Thai authorities had approved the prisoner transfer under an agreement with Iran.

“These types of transfers aren’t unusual,” he said. “We transfer prisoners to other countries and at the same time receive Thais back under this type of agreement all the time.”

Thai police discovered the three Iranians’ plot after an accidental explosion blew apart their rented Bangkok villa. At the time, Iran was suspected in two bombing attempts in India and the former Soviet republic of Georgia, targeting Israeli diplomats amid heightened tensions about its nuclear programme.

Its own nuclear scientists, meanwhile, had been killed in attacks long suspected to have been carried out by Israel.

Police say Moradi, who was sentenced to life for attempting to murder a police officer, threw a grenade at officers that bounced backed and exploded, shearing away his legs. Kharzei, meanwhile, was serving a 15-year sentence for possessing explosives. The sentence of Sedaghat Zadeh, was not immediately known.

Iran has described the men as “traders” who were arrested “outside the country on false charges”. State television showed their arrival back in Iran, draped in Iranian flags and with one of them in a wheelchair. Later, they were shown entering a room packed with people.

A number of dual nationals remain imprisoned in Iran, including French-Iranian academic Fariba Adelkhah, British-Iranian Nazanin Zaghari-Ratcliffe, and Iranian-Swedish academic Ahmadreza Djalali, who was sentenced to death three years ago for spying. 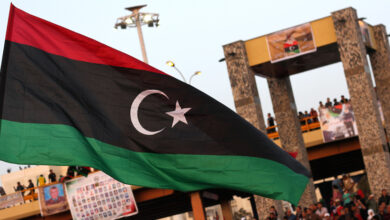