Iran denied on Tuesday it was using a South Korean ship and its crew as hostages, a day after it seized the tanker in the Gulf while pressing a demand for Seoul to release $7 billion in funds frozen under US sanctions.

The seizure of the MT Hankuk Chemi and its 20-member crew near the strategic Strait of Hormuz has been seen as an attempt by Tehran to assert its demands, just two weeks before President-elect Joe Biden takes office in the US.

Iran wants Biden to lift sanctions imposed by outgoing President Donald Trump. Tehran’s critics have long accused it of capturing ships and foreigners as a method of gaining leverage in negotiations.

“We’ve become used to such allegations,” Iranian government spokesman Ali Rabiei told a news conference. “But if there is any hostage-taking, it is Korea’s government that is holding $7 billion, which belongs to us, hostage on baseless grounds.”

South Korea summoned the Iranian ambassador, called for the ship to be released and said it was dispatching a delegation to Iran to discuss it. Iran says the ship was held over environmental violations.

Iran’s ability to challenge shipping in the Gulf is one of its main points of leverage in what is expected to be a difficult negotiation when the Biden administration takes office on January 20. In 2019, Iran held a British tanker for two months.

South Korea, like other countries, is required to limit Iran’s access to its financial system under the US sanctions, which were imposed by Trump after he abandoned a nuclear agreement reached with Iran under predecessor Barack Obama.

Iran says the sanctions are illegal and have hurt its economy, including its ability to respond to the worst outbreak of COVID-19 in the Middle East.

Biden aims to revive the nuclear agreement, but any thaw is likely to pose a diplomatic challenge. Since Trump abandoned the deal, Iran has taken steps that violate it; Biden says Iran must be fully compliant before the deal can be restored, while Iran says Washington must first lift the sanctions.

On Monday, Tehran announced it had stepped up uranium enrichment at an underground facility, its latest move in violation of the nuclear deal’s terms.

South Korean Foreign Minister Kang Kyung-wha said on Tuesday she was making diplomatic efforts to secure the release of the tanker and had made contact with her counterpart in Tehran.

Iran’s ambassador in Seoul, Saeed Badamchi Shabestari, asked about the status of the ship’s crew before his meeting at the foreign ministry, told reporters “all of them are safe”.

In addition to a South Korean delegation expected to go to Iran as soon as possible to try to free the ship, South Korea’s vice foreign minister, Choi Jong-kun, is scheduled to visit Iran on Sunday. Iranian state TV cited a Tehran government official as saying the visit had been scheduled earlier, to discuss the frozen funds. 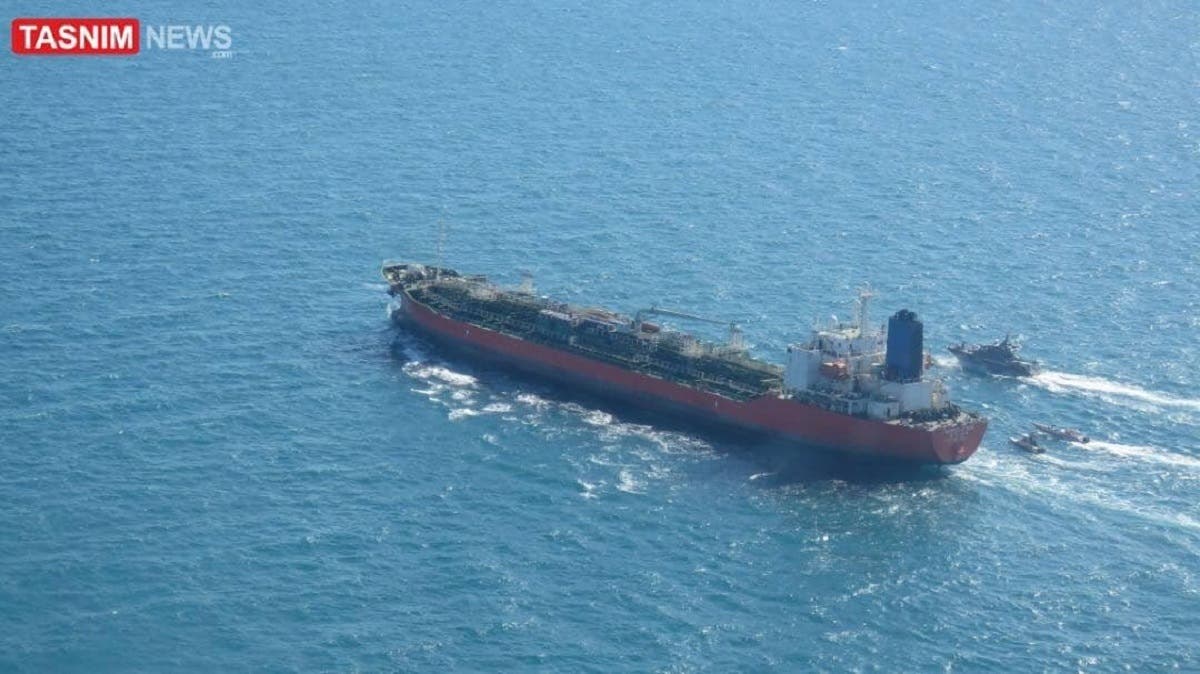 Iran’s foreign ministry also said the visit was not linked to the tanker. “This matter is moving along … its legal path and does not require a diplomatic trip,” the state news agency IRNA quoted ministry spokesman Saeed Khatibzadeh as saying.

“The Korean government’s behavior in this regard is incomprehensible. … We urge (them) to approach this technical issue rationally and responsibly,” Khatibzadeh said.

The ship’s Busan-based operator, Taikun Shipping Co Ltd, told Reuters there had been nothing to indicate before the vessel was seized that Iranian authorities were probing possible violations of environmental rules.

“If it really was marine pollution, as they say, the coastguard was supposed to approach the ship first,” Taikun’s management director, Lee Chun-hee, said by telephone. “But, instead, armed soldiers approached the crew and said they needed to be investigated.”

Last Sunday, the Tehran Times newspaper reported Iran was hoping to negotiate an agreement to use the frozen funds to trade for commodities, including coronavirus vaccine doses.

According to South Korean news agency Yonhap, a foreign ministry official said the Iranian government had tried to secure vaccines through the global COVAX initiative, backed by the World Health Organization. Tehran had been in talks with the ministry and the US Treasury to pay for the doses with South Korean won.