Iran has rejected what it says are Israel’s unfounded allegations that Iran’s Revolutionary Guard attacked an Israeli-owned cargo ship near the Gulf of Oman last month.

Iran’s U.N. ambassador in a letter circulated Tuesday accused Israel of “playing the victim to distract attention away from all its destabilizing acts and malign practices across the region.”

Ambassador Majid Takht Ravanchi said in the letter to the U.N. Security Council that the incident “has all the characteristics of a complicated false flag operation by actors in order to pursue their malign policies and to advance their illegitimate objectives.”

He was responding to a letter to the council from Israel’s U.N. Ambassador Gilad Erdan. It accused Iran’s Revolutionary Guard of attaching an explosive device to the Israeli-owned cargo vessel Helios Ray in international waters near the Gulf of Oman on Feb. 25.

The explosion caused “severe damage, forcing the ship to return to the port of Dubai to ensure the safety of the crew,” Gilad said in the letter, also circulated Tuesday.

Israel has accused archenemy Iran of developing nuclear weapons, a charge Tehran denies, and of supporting hostile militant groups across the region, such as Hamas in Gaza and the Lebanese Hezbollah. Israel has acknowledged carrying out hundreds of airstrikes on targets connected to Iran and its proxies in Syria.

Gilad’s letter cited previous Iranian attacks on civilian ships, including its seizure of a South Korean flagged tanker in Gulf waters in early January and on four commercial vessels in May 2019 in the territorial waters of the United Arab Emirates east of the port of Fujairah.

In the tense summer of 2019, the U.S. military blamed Iran for explosions on two oil tankers near the Strait of Hormuz, one of the world’s most strategic shipping lanes. The U.S. also had attributed a series of other suspected attacks to Iran, including the use of limpet mines — designed to be attached magnetically to a ship’s hull — to cripple the four oil tankers off the nearby Emirati port of Fujairah.

The Israeli ambassador said the Feb. 25 attack and previous attacks “prove yet again that Iran will use any means to destabilize the region” and he urged the Security Council to condemn Iran’s violations of the U.N. Charter “and hold the Iranian regime responsible for this attack and for destabilizing the regime.”

Iran’s Ravanchi countered that the “Israeli regime” must be held accountable for all of its “crimes, brutalities and threats … in particular its occupation of Palestine and parts of other countries, as well as its persistent military adventurism in such a volatile region as the Middle East.”

He said Israel must “also be reminded that it will bear all consequences as a result of any possible miscalculation.”

The Feb. 25 blast came as Iran has increasingly breached its 2015 nuclear accord with world powers in an attempt to pressure U.S. President Joe Biden to grant the sanctions relief it received under the deal that former President Donald Trump abandoned nearly three years ago.

Iran also has blamed Israel for a recent series of attacks, including a mysterious explosion last summer that destroyed an advanced centrifuge assembly plant at its Natanz nuclear facility and the killing of Mohsen Fakhrizadeh, a top Iranian scientist who founded Iran’s military nuclear program two decades ago.

Coronavirus: WHO concerned about ‘rapid escalation’ of pandemic 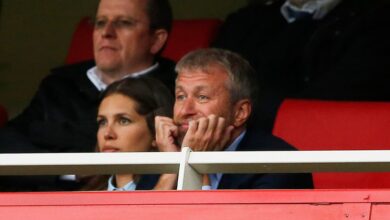