The satellite images captured by ImageSat international (ISI) May 12, a commercial provider of satellite imagery services, showed construction work at the base located 5 km west of the Iraqi border.

The satellite images show bulldozers at the entrance of a 4-5 meter wide tunnel entrance northwest of the Imam Ali base. 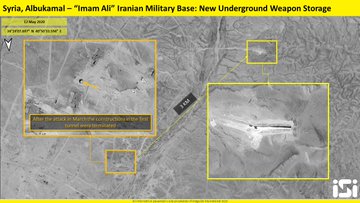 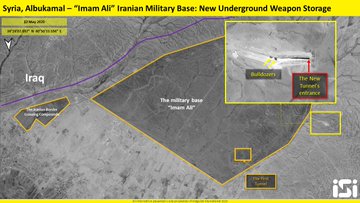 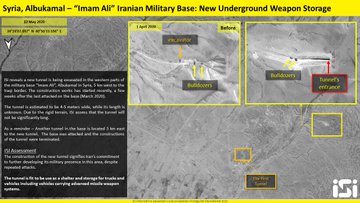 104 people are talking about this

“The tunnel is estimated to be 4-5 meters wide, while its length is unknown. Due to the terrain, ISI asses that the tunnel will not be significantly long,” ISI said in its assessment of the images.

“The construction of the new tunnel signifies Iran’s commitment to further developing its military presence in this area, despite repeated attacks. The tunnel is fit to be used as a shelter and storage for trucks and vehicles including vehicles carrying advanced missile weapon systems,” ISI added in its assessment. 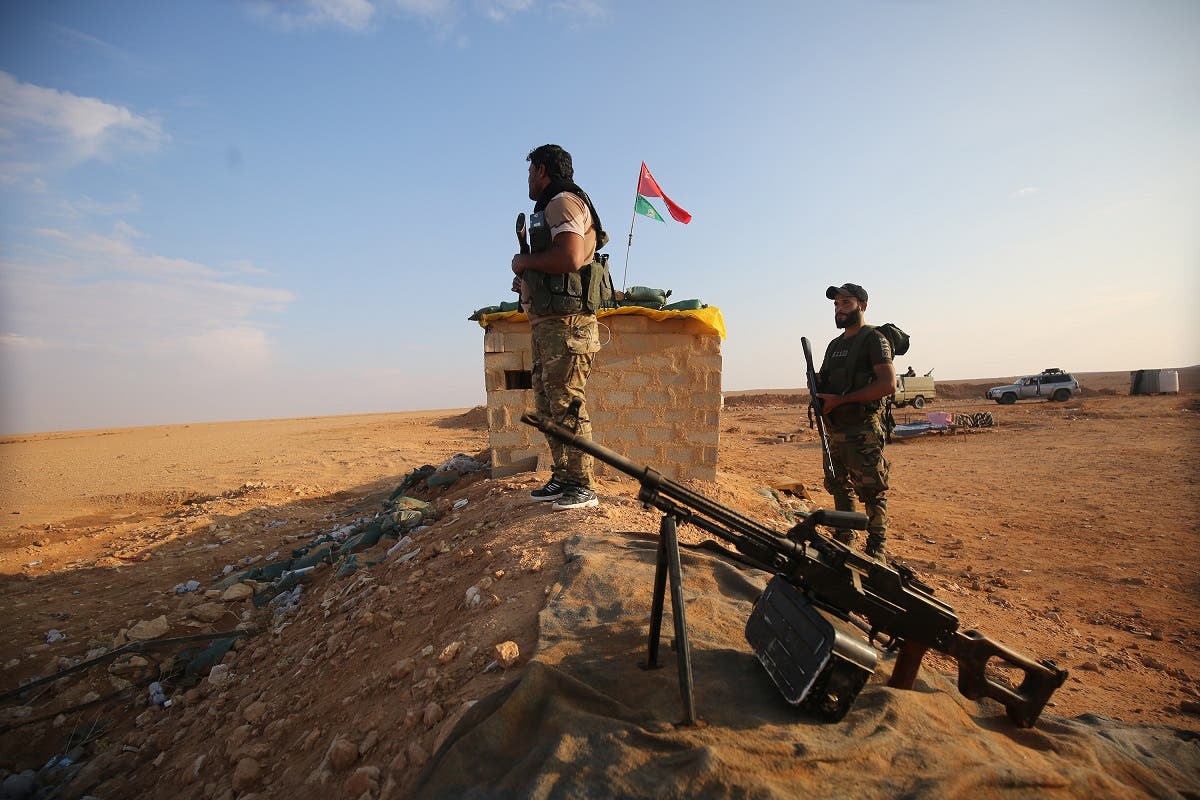 Iraqi Shia fighters of the PMU militias secure the border in al-Qaim in the Anbar province, opposite Albukamal in Syria’s Deir Ezzor region. (File photo: AFP)

The Imam Ali base was struck by US bombardment on March 11 where at least 18 fighters from the Iraqi Popular Mobilization Unit (PMU) militia umbrella group were killed, according to the Syrian Observatory for Human Rights at the time.

The new satellite images from ISI show a first tunnel south of the new construction site now abandoned since that March attack.

Images from ISI come as Hezbollah leader Hassan Nasrallah said on Wednesday that Israel is now concentrating its attacks in Syria on missile-manufacturing sites.

Israel has conducted many raids inside Syria since the start of the civil war in 2011. It sees the presence of Hezbollah and its ally Iran there as a strategic threat.