Iran has acquired naval missiles with a range of 700 km, the commander of the Islamic Revolutionary Guard Corps (IRGC) navy Alireza Tangsiri claimed on Monday.

“Our pride is that all of our military equipment is produced domestically, and we are not dependent on any other country,” Tangsiri was quoted as saying by the semi-official Fars news agency.

“There was a time when the longest range of our naval missiles was 45 km and needed to be operated with the help of American advisers, but now, we have a variety of surface and sub-surface missiles with a range of 700 km which have been produced by domestic military experts,” Tangsiri said.

Iran’s military situation is by no means comparable to the past, he said, adding that the Iranian navy is today building all kinds of missiles, ships, and destroyers.

The IRGC navy has vessels three times as fast as US vessels, Tangsiri said.

“Wherever the Americans have been, there has been insecurity, and we do not know of a place where American presence has brought security,” he said.

Iran often exaggerates its weapons’ capabilities. The IRGC navy’s anti-ship and naval missiles, such as “Noor,” “Kowsar,” “Nasr-1” and “Qader” are copies of Chinese missiles, and its “Hoot” torpedo is based on the Russian torpedo “Shkval.” 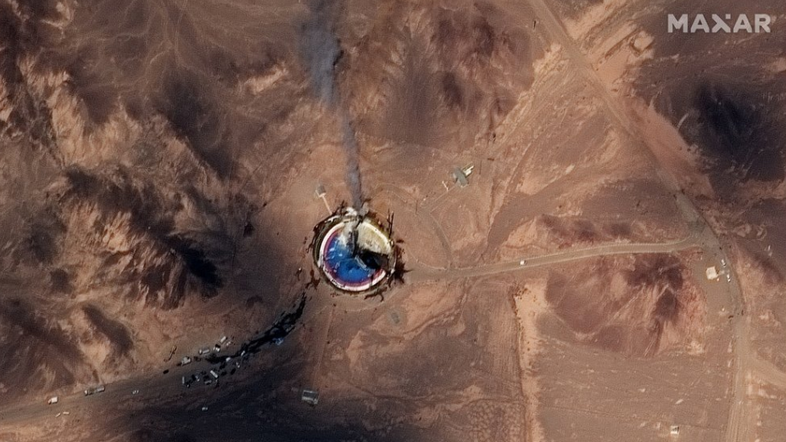 This photo shows the aftermath of a failed missile launch at the Iranian space center in August, 2019. (File photo: AP)

The US military said on Wednesday that 11 vessels from the IRGC navy had come dangerously close to US Navy and Coast Guard ships in the Gulf, calling the moves “dangerous and provocative.”

“Contrary to international rules, the Americans blocked the way on our vessels and refused to respond to the radio, which was met with a strong response from our forces,” Tangsiri said.

If anything was to happen to the nuclear warships in the Arabian Gulf, there will not be any living things or clean water in the region for at least 10 to 12 years, he warned.