It is six o’clock in the morning and daylight is starting to seep into the migrant labourers’ settlement at Patalamma Layout, on the eastern edge of Bengaluru, the Indian city formerly known as Bangalore.

This is when Parvati begins her day. The 21-year-old from a village near Hosapete, some 350 kilometres (217 miles) away, unknots the rope that holds the plywood front door of her family’s home closed overnight, and, broom in hand, steps out into the laneway that forms a wavering grid between the colony’s “sheds”.

The sheds are hunchbacked, yurt-like structures sitting on cement-spill ground slabs: Tarpaulin sheeting bundled over wooden skeletons. Other women emerge from neighbouring huts and begin, like Parvati, to sweep away at the unvanquishable quantities of fine red dirt.

A few hundred metres away behind the sweeping women and their plastic dwellings, a bank of towering sharp-angled new apartment buildings rise uniformly and in tones of corporate grey, recalling a brochure for an anonymous urban future.

Bengaluru, the southern metropolis known as the epicentre of India’s tech boom, has been expanding at an extraordinary rate since India’s economic liberalisation in the early 1990s. A 2018 study projected that it would be the fastest-growing city in the world by gross domestic product (GDP) in 2035; official forecasts anticipate that Bengaluru’s 2011 population of 8.4 million will have more than doubled by 2031.

Growth means construction, and construction means jobs. Parvati’s husband, Anand, who wears a guarded expression and his hair in a tumble, moved here from Hosapete shortly after they were married, seeking work as a daily wage labourer on building sites and in warehouses. Parvati, then a new mother to the couple’s first daughter, Usha, stayed home with her grandmother in the breeze-block and tin-roof single-room house in which she had grown up. For four years, she only saw her husband for a few days every couple of months.

Separation from him was hard, she says, laughing self-consciously and hugging baby Kirti in her lap. She joined him in Bengaluru six weeks ago.

As morning becomes early afternoon on this bright Sunday, the air outside has the rinsed-out easiness that often follows a monsoon. But inside their shed, the heat gathers and thickens under the tarpaulin roof. Four-year-old Usha’s curls glue themselves to her damp forehead; five-month-old Kirti begins to squirm. Parvati passes the baby to her cousin Basavaraj, who drapes the child across his knee and pats her back gently until she settles into glossy-eyed stillness.

There is nothing to be done against the heat except to open the door, Parvati explains, but frankly, after the rainy season, this weather is a relief. During the monsoon storms, the shed had leaked in places where the plastic outer skin was imperfectly seamed into the rough concrete floor. Puddles a metre wide formed inside and Usha had seemed to be permanently soaking wet.

Parvati’s first monsoon in a plastic house had been a particularly brutal one. Large parts of the state were flooding as she, Basavaraj and the children boarded the train from Hosapete, with two bags of clothes and no clear idea of when they would be able to return.

They carried no trinkets or idols. Their only mementoes of home were the photos saved on their phones. Basavaraj flicks through pictures of the land they came from: Green until the flat horizon, here and there a lonesome palm, the sun like a naked yellow bulb in the sky.

Few houses in the cousins’ “native place” have a second storey, let alone a twenty-fifth floor, they explain, and people still move goods by bullock cart there.

“Like we feel in our village we can never feel anywhere else,” says Parvati. She does not like to see these big buildings in place of fields. She misses her grandmother. “What to do, we have problems no?” she reflects. “That’s why we have come here, carrying our little babies.”

By “problems,” Parvati means debt. Parvati and Anand owe 300,000 rupees ($4,208) to moneylenders in their village. The moneylenders’ interest rates are set so high, she explains – about 10 percent – that they can never seem to make a dent on the principal sum. The loans, accrued in times of family illness across a couple of generations, have become “a loop”, in which she and Anand find themselves ensnared. Migrating to Bengaluru, where day-wages for labourers are relatively high, seemed like the only way out, she says.

Anand currently works in a warehouse, hauling bags of cement. After a typical 12- to 13-hour shift, he is paid 500 rupees ($7) in cash – two and a half times what he could earn for a day’s field labour in Hosapete. But life in Bengaluru is expensive, too. Where a family might make 150-200 rupees ($2-3) last a week in the village, Basavaraj estimates that a week’s groceries in the city cost closer to 600 rupees ($8.42).

At home with the children, Parvati’s job is to spin sufficiency out of scarcity. Gesturing to the few, necessary artefacts in her spare and orderly home, she lists the family’s expenditures: Washing and bathing water, bought once weekly from a private tanker and stored in plastic vessels lined up against the wall, costs 100 rupees ($1:40); drinking water in clear canisters costs 25 rupees ($0.35) a day. Monthly ground rent comes to 600 rupees ($8.42). The small solar panel on their roof only manages to power the home’s single light bulb on sunny days, so the family pays five rupees ($0.07) to charge their phones at a nearby shop. The little flame over which Parvati cooks meals burns on coal and sticks of waste plywood stamped “termite resistant” – she waves the fumes out of the open door.

A city of migrants

Bengaluru is sometimes called a city of migrants – official figures suggest that as much as 42 percent of its residents come from elsewhere. But not all the incomers experience the acute precarity that is typical for migrant construction labourers.

“The construction sector, they take a lot of unskilled workers,” explains Prameela V of Sampark, an NGO that works with migrant labour groups. “Helper” workers, like Anand, who lack specialised training as, for instance, carpenters or glaziers, “are at the most risk,” she explains.

Both at work and in their poorly-ventilated, frequently crowded sheds, they are vulnerable to illness and injury. And from the perspective of state-provided social care, relocation to the city can be tantamount to disappearance. Migrant workers frequently find themselves unable to access their government entitlements: Food rations and state-provided healthcare. They have no protection from sudden eviction.

“These people are invisible to everybody,” says Prameela.

How ‘those rich people’ live

When the heat grows too oppressive inside the shed, Parvati lifts Kirti onto her hip and steps outside. Behind her, the concrete apartment buildings peep like watchtowers at the ramshackle settlement. I wonder whether Parvati knows what kind of people live in them.

“They work in office and all,” she says, shrugging as she drops an English word into her Kannada sentence.

“We work under the hot sun, they work in AC rooms sitting on a chair,” Basavaraj adds.

The division between them is education, Parvati thinks: They get educated, they become “big people … such rich people.”

Nobody they know has been inside one of the towers, although some of their friends worked on similar buildings. But Basavaraj worked as a domestic caretaker for a middle-class family in Bengaluru some years earlier, and figures he knows a little about how “those rich people” probably live.

“They only eat bread and jam in the morning, and in the night, they just order something from outside food [a takeaway],” he explains. “The food they eat at one o’clock, they will keep that in the fridge and they eat the same food at night and sleep. I have seen this many times.” He seems to pity them their cold leftovers. “We’ll have good food like roti, ragi mudde. We eat – stomach full – and sleep.”

Neither Parvati nor the neighbours who have drifted into the conversation have much more to say about the people in the towers. Their lives and concerns are here, at ground level, in a patchwork colony of people from many different places and religions, but who seem, to Parvati, to have fused into a single community.

Back home, people talk about Bengaluru as a “scary” place: Too costly and too crowded to allow for much trust between its denizens. In her second month in the city, Parvati thinks they were not far wrong, but she makes an exception for the colony she lives in. The people here are friendly, she says. At night, their door is only bound with rope, but she is never worried about her family’s security. A friend of hers chimes in, laughing, that no one here has anything worth stealing.

When asked what it is that makes a colony like this, an agglomeration of uprooted people, many of whom have left home dreaming only of returning home, become a community, Parvati explains it is their daily routines. Their children play together, the men walk to the building sites together. And in the evening when the worry and the work is briefly put away, the women gather to discuss what they are cooking. Today is Sunday, so Parvati is making chicken curry.

Would You Like to Have a Free Tour on Mars? 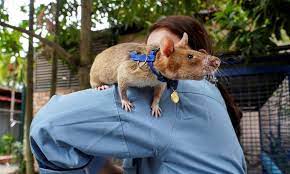