This is the amusing moment a mum discovered her car was filled to the roof with snow after leaving a window open during a record snowfall.

Footage shows the woman, who is wearing a thick coat and beanie, standing in front of her car in the St John’s area, Newfoundland.

She shouts: ‘Update on storm 2020. While parking my car last night, I left down the passenger window.

‘And I was wondering why there was no snow around my car.’

The woman moves to the right and reveals snow-clad seats in the vehicle behind, in the clip shared on January 18.

She adds: ‘Well it’s because I left my window open and all the snow is in the car.’

The camerawoman Gail, who is filming, can heard laughing as he focuses the camera onto the thick white powder covering the steering wheel and interior.

The mum, who appears to be finding it all the more amusing, then steps into the vehicle and sits on the inches of snow.

She pauses while trying to duck inside and turns to the camera, saying she ‘can’t even get in the car, there’s so much snow!’

Seconds later, she manages to shuffle into position and clutches the wheel, before turning to ask her daughter ‘are you ready to go?’

She makes light of the situation and does not show any glimmer of embarrassment about her error of thinking.

The two of them are sent into hysterics and the mother pushes snow off the dashboard.

The clip has sent the internet into meltdown with 9.1k likes and 2.7k retweets.

Nik Ford wrote: ‘This video is giving me life today! It’s hilarious! Love her sense of humour!! This is the kind of stuff my dad does!! Totally sending him this!’

Parts of Newfoundland were buried in snow as a bomb cyclone blizzard swept across Canada.

It topped the previous record of 68.4 centimetres on April 5, 1999, according to according to Environment Canada.

Around 3,500 experienced blackouts during the height of the storm on Sunday. 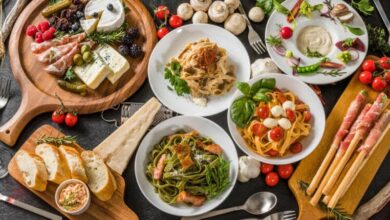 Left For The Dust! Moroccan Artisans Face The Brunt-End of The Covid Crisis