As Saudi Arabia deals with domestic reforms, a youth bulge, and plans for economic diversification, unemployment presents one of the top challenges in the coming decade.

Policymakers continue to seek ways to reduce the unemployment rate to 7 percent by 2030. Currently, unemployment stands at 11.8 percent, according to the Saudi General Authority for Statistics. The coronavirus crisis has presented further challenges to the job market.

Efforts at Saudization have led to a downsized public sector and a shift toward corporate jobs and in recent years, and more job seekers have entered the market – most of them female. Where the female unemployment rate reached over 28 percent, there has been a massive push to get women into the workforce. Moreover, analysts predict 5 million university graduates are expected to graduate in the coming decade.

As Saudization continues, expats are leaving the country in droves. In 2017, nearly 2 million left, and another 1.2 million are expected to leave in 2020, according to a Jadwa Investment report. The construction sector saw the biggest drop with 109,000 expats leaving and 8,000 Saudis departing in 2019, followed by the wholesale and retail sectors with 44,000 expats and 5,000 Saudis leaving, the report revealed. The number of expats, however, increased in administrative and support service activities by about 40,000.

As policymakers study short- and long-term solutions for tackling unemployment, uncertainty remains as the country navigates a pandemic, regional tensions, and a slowdown of the global economy.

Saudization in the private sector can nonetheless be boosted in several ways, according to Dr. Makio Yamada, a senior research fellow at the King Faisal Center for Research and Islamic Studies and a visiting scholar at the University of Tokyo.

In the following interview, he proposes increasing internal migration and bridging the gap between education and work as policy options for reducing unemployment.

Al Arabiya English: In recent years, there’s been significant change in the Kingdom after social and economic reforms have been introduced. Would you say that Saudi job seekers still have higher wage expectations than foreigners?

Q: How would you assess the Saudization efforts so far? What has succeeded? What has not?

MY: The Nitaqat program was successful, and nearly a million Saudis joined the private sector over the past decade. Many jobs with mid-level wages have been Saudized, as shown by the average monthly wage of private-sector Saudi employees. A further Saudization, however, is not easy with the conventional policies given that most of the remaining expat jobs pay less than 4,000 Saudi riyals per month.

Q: You propose internal migration as a policy option for addressing unemployment in Saudi Arabia. Could you elaborate on this, taking into consideration that there’s a large gap between major cities and other towns and provinces?

MY: I see that currently internal migration could be the only effective solution to the problem of the Saudi-expat wage gaps. In fact, the average monthly wage of private-sector Saudi employees is below 4,000 Saudi riyals in the majority of regions outside Riyadh, Jeddah/Makkah, and the Eastern Province. Forty-five percent of current job seekers reside in these regions where job opportunities are limited. Thus, they are readier to take up Saudized jobs in metropolises, and will even gain higher incomes than in their region if the wage subsidy provided by the government [Human Resources Development Fund] is applied to internal migrants who attained such jobs regardless of the wage level and a housing subsidy is provided. 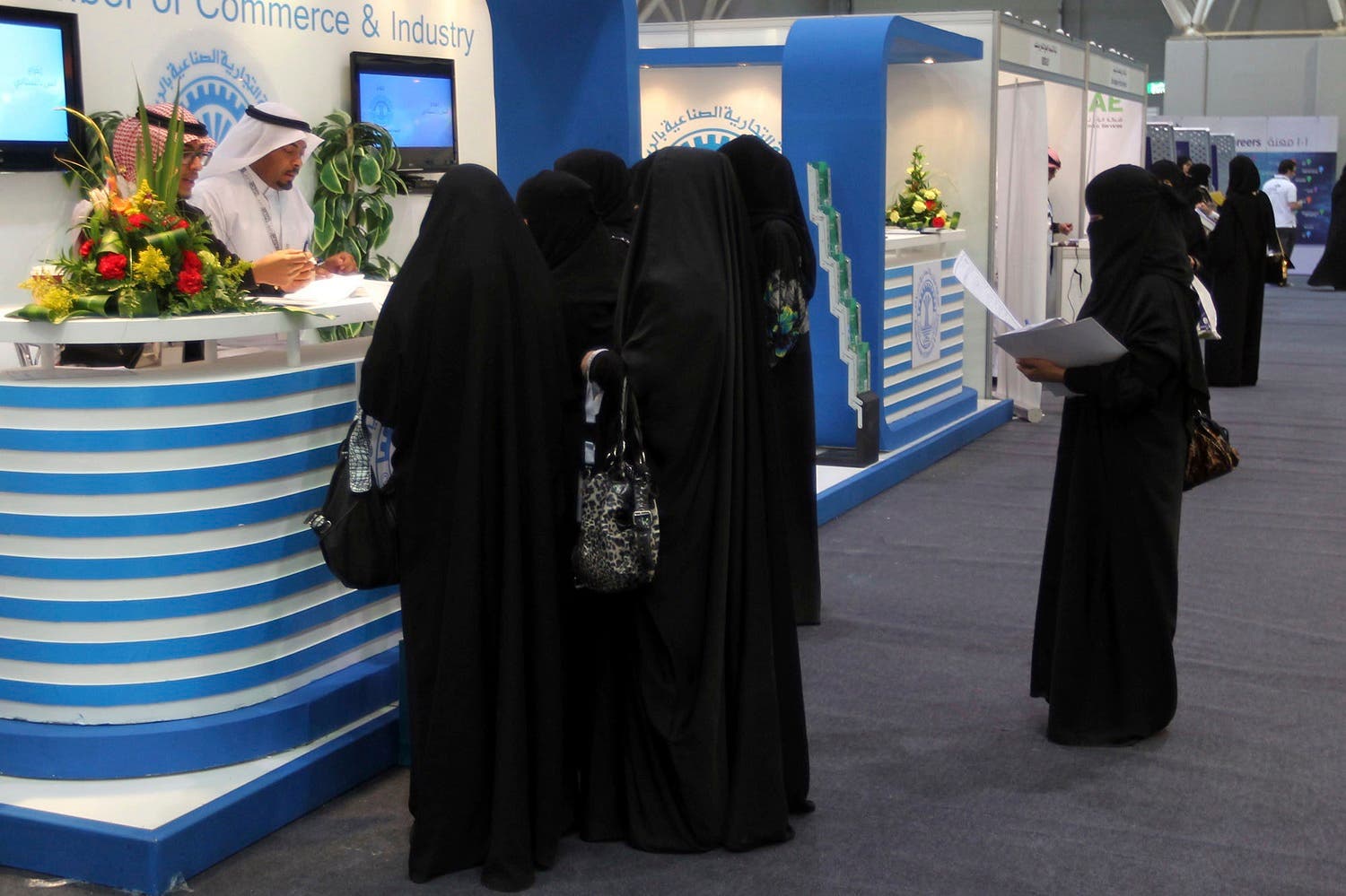 Internal migration has been behind the growth of every successful Asian economy, but has not been much harnessed in Saudi Arabia until today because of the Saudi economy’s long reliance on international migrants rather than internal ones. Some may raise a concern about potential cultural conflicts brought about by having rural citizens in cities, but replacing expats with Saudis should rather alleviate the existing cultural conflicts – if any – and also help the national integration.

Q: The issue of unemployment can be addressed in a number of ways. However, what would be the optimal way to provide quality high-skill employment opportunities for Saudi youth rather than just meet a target number?

MY: The country must have effective human capital strategies to attract investment and create high-skill, well-paid private-sector jobs, especially strategies to facilitate the transition of youth from education to employment. This is easier said than done, since it is getting ever difficult globally, not only in Saudi Arabia, for the education sector to precisely know the latest skills requirements in industry due to today’s rapid economic and technological changes. In addition, industry players themselves, in many cases, still do not know well what relevant skills will be for them in the future.

I would say that the optimal way for Saudi Arabia to make a transition toward a knowledge-based economy would be to establish a system for skills certifications for every major economic sector, in which individuals take standardized exams and obtain certificates for their skills. Such skills certifications system will enable educational institutions to develop curriculum according to their content, and also provide clear goals in learning and upskilling for students and job seekers. It will also help firms in recruiting employees and training them. Developing such a system by bringing in experts and industry stakeholders and identifying current and future skills relevant to the Saudi economy may take some years, but, if we start preparing now, the creation of high-skill jobs will be much easier from the mid-2020s onward, toward the end of the Vision 2030 period.

Q: The global economy is deeply affected by the coronavirus crisis. Several unexpected changes have increased unemployment as well as remote working. Considering a post-coronavirus world, how do you see this impacting Saudi Arabia and its diversification plans under Vision 2030?

MY: Until the vaccine for COVID-19 is developed and disseminated globally, it may not be easy for economies to grow and create jobs. On one hand, this is why Saudizing the existing jobs will be important to tackling Saudi unemployment. On the other, some sectors are likely to grow despite, and even because of, the pandemic. For instance, e-commerce significantly increased its volume everywhere after the outbreak of the pandemic. Industries, thus, may consider making use of e-commerce to find alternative sources of revenues. For instance, local tourism entities can possibly develop creative local food products and market them online to citizens looking for improving the quality of life [QoL program as proposed in Vision 2030] gastronomically, instead of selling souvenirs to tourists. 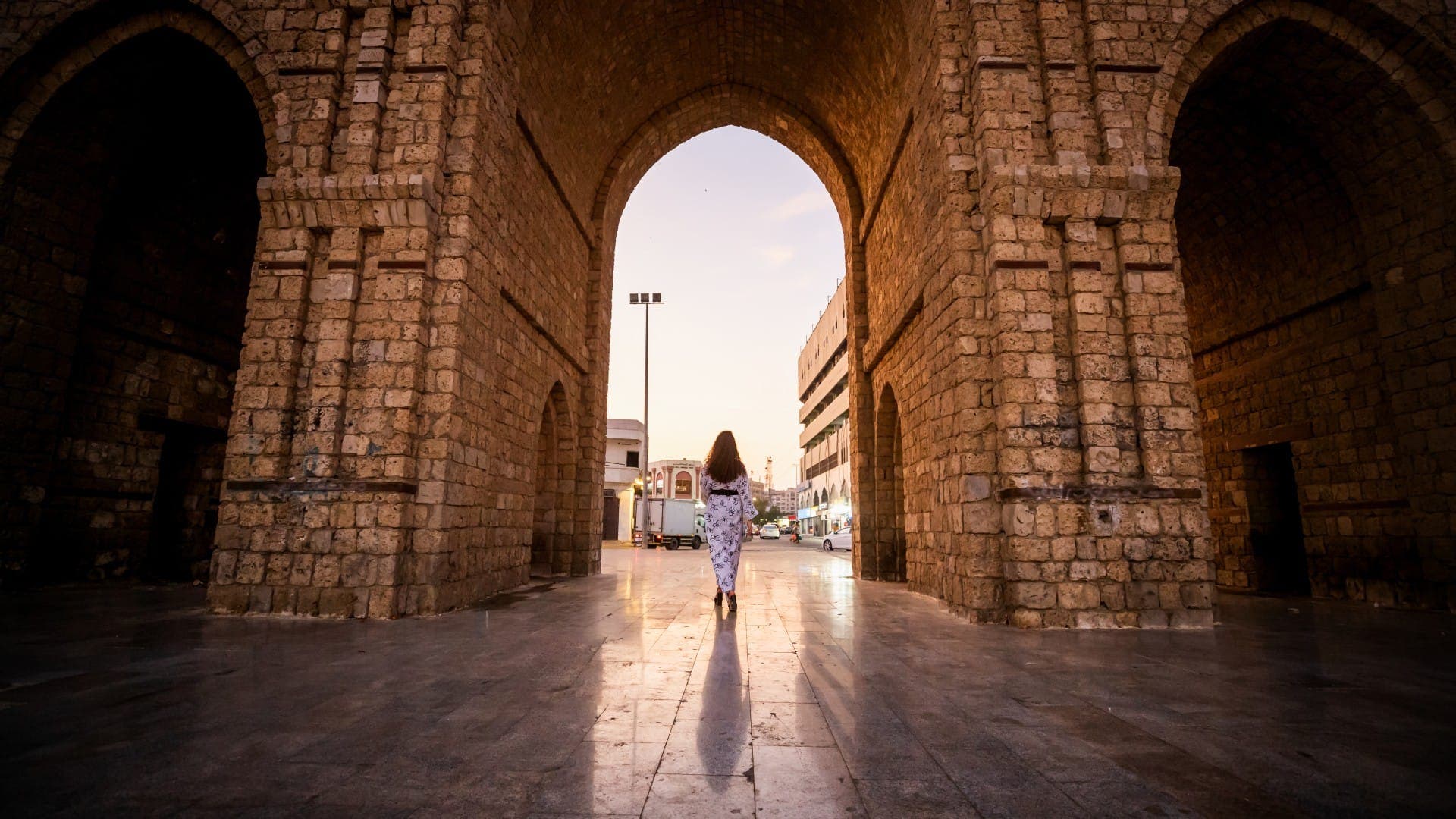 A tourist walks through the city of Jeddah, Saudi Arabia. (Saudi Ministry of Tourism)

Q: Working women as part of Arabian heritage is an interesting insight you make in your research regarding women returning to work rather than starting for the first time. Should we assume that rentierism – or the reliance of the government on one revenue stream (such as oil) for its revenue – has caused women to stop working? And what does this mean now that the government seeks to diversify its economy away from oil?

MY: Yes, I believe that rentierism discouraged the society from having working women. Now, more citizens, regardless of gender, need to work outside the public sector to finance their household.

Q: Why has the percentage of women among Saudi job seekers increased recently in your view? Is it economic or culturally driven?

MY: It is considered mainly because more Saudi women began seeking jobs rather than staying home with the decline of rentierism and after the opening of opportunities by the Nitaqat program.

Q: How do you see a successful employment strategy in which both men and women get their fair chance rather than women winning over jobs in certain sectors? For instance, women are favorably chosen in some jobs as part of organizations’ willingness to present themselves as more diversified and progressive. This caused increased competition with male job seekers who face an already competitive job market.

MY: Competition is a natural phenomenon in the private sector, and diversity is desirable as long as it does not damage productivity. In the long run, this shift will make many job seekers aware of the importance of skills to their career, and that will be a positive change for the future.

Q: What would the labor market look like if expats were to remain rather than leave? Would this prospect harm the diversification plans?

MY: Even if and after the internal migration solution is implemented, millions of expats will remain as their wage levels are not acceptable for many urban Saudis. The focus will, thus, be on how many high-skill jobs that meet their wage expectation levels will be created. And this is why the education-to-employment facilitation will be important.

Q: What’s your assessment on plans to introduce Chinese as a second language in curricula? How does this fit in the country’s grand scheme of diversification, keeping in mind that English is a global language and many Saudis do not necessarily have English proficiency already?

MY: Learning the Chinese language is a global trend. It will, for instance, help attract Chinese tourists, who formed one of the largest groups of foreign tourists to Saudi Arabia after the beginning of the tourist visa issuance last September. However, for business, communicating with Chinese businesspeople in English will probably remain easier for many than mastering Chinese that requires a memorization of over 2,000 Chinese characters. So, English should still be prioritized.

Q: The Ministry of Education recently introduced the new universities law, a gradual move toward privatization of higher education. How does the new regulation play into this dynamic of the labor market and how will it impact it in the long term?

MY: I understand the logic that greater autonomy leads to greater flexibility in curriculum development, but I cannot assess its real effectiveness for enhancing employability until the results come out. Matching taught skills with those required in industry is not very easy. If the new flexibility will be used for effectively bringing industry stakeholders on board in curriculum development, there will be a good prospect, but the flexibility alone does not guarantee that. That’s why I believe that building a skills certifications system will help; with such a system, universities can refer to these certifications and does not need to develop whole curriculum from scratch by themselves.