The US is reportedly withdrawing its estimated 6,000 soldiers from Iraq after the Iraqi parliament called for the removal of all foreign forces following the killing of Iranian general Qassem Soleimani in Baghdad on Friday.

While US troops are in Iraq based on an informal arrangement from 2014, the US has formal basing agreements with allied countries across the region, including for its 13,000 soldiers based in Kuwait and its Fifth Fleet in Bahrain.

With Iran vowing revenge for Soleimani’s death, US soldiers across the region are prime targets. Here is an infographic showing the US military presence across the Middle East. 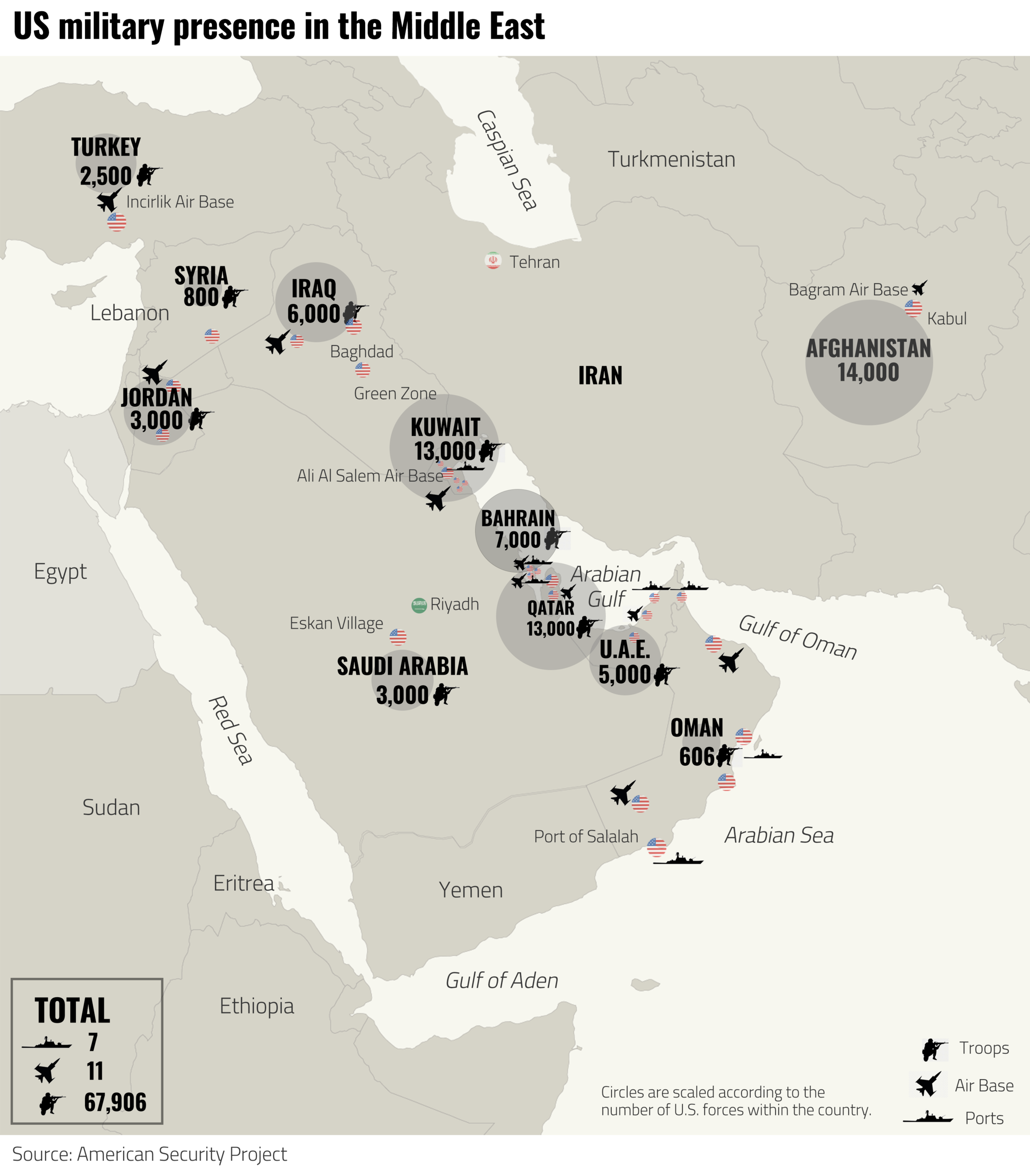