A little goes a long way for a group of children from Bogor, a city in West Java about an hour’s drive from Indonesia’s capital, Jakarta.

The children, led by 15-year-old Abu Bakar Sidik, have been saving 10,000 rupiahs every day since August last year to collect a total of 100 million rupiahs ($6,700) – enough to buy four cows from a local cattle breeder ahead of this year’s annual qurbani ritual.

Besides Sidik, the group includes 23 children from Kampung Ardio, a neighborhood in the middle of the city, some of whom have participated in the initiative before.

It all began last year when Sidik and six other children raised 21.7 million rupiahs to buy their first cow.

“This year we bought four cows as we had more friends and acquaintances who chipped in after we bought one cow last year,” Sidik, who is the youngest of seven siblings, told Arab News.

He said they started to save the money toward the end of 2018. The initial motivation was to have enough to buy new clothes and go sightseeing during the Eid Al-Fitr holiday in 2019.

But a month into the initiative, Sidik says he asked his friends if they would agree to use the savings to buy a sacrificial animal instead.

“There were 13 of us at the start, but some kids backed out along the way, with only seven left in the group,” he said.

“My friends agreed to the change of plan. My motivation is just to be able to share with others this qurbani meat, since it is also part of a Muslim’s religious observance. We also asked our parents’ permission first when we started to save, and they supported us,” said Sidik, who collects the money from the rest of the group every day.

He added that he learned about the significance of the sacrifice ritual during religious classes at school, which are part of the Indonesian school curriculum, and from his Qur’an recital lessons.

The festival marks the end of the Muslim pilgrimage to Makkah in Saudi Arabia, also known as the Hajj, and is also referred to as the Lebaran Haji (the Pilgrims’ Celebration Day) across Indonesia and Malaysia.

The ritual revolves around an all-inclusive principle of giving, wherein the sacrificed meat is distributed among relatives, friends, the poor and needy, with a part kept for use by the family.

Last year, Fauzan’s mother “kept the money for them.” This year, Sidik’s 38-year-old sister Ida Farida put their money in a bank.

“I was a bit concerned about having to take care of the kids’ savings but, since Fauzan’s mother said she couldn’t handle it again, I had to do it,” Farida said, adding that she was unaware of her little brother’s initiative last year until their story went viral and was picked up by national media.

“I was surprised and proud at the same time. He’s just a kid, but he has this mature thinking to buy a qurbani animal and to share (the sacrificed meat) with others.”

Sidik, for his part, said he and his friends would continue with their initiative, especially since their efforts have garnered more support with at least five more friends expressing an interest in joining the group for the ritual next year.

Yoghi Oktapiansyah, a general assistant at Bintang Tani Madani, the cattle breeder in Bogor where Sidik and his friends bought their cows, said they had no idea that the children would buy one of their cows when they visited the farm for the first time last year.

Oktapiansyah said the farm assistants thought they just wanted to “hang around and play at the barn looking at the cows just like other kids.”

“They were with an adult, their Quran recital teacher, who accompanied them. But it was the kids who looked at the cows and chose their own cow,” said Oktapiansyah.

He said they knew that Sidik and his friends would continue their initiative this year and would buy the cow from the farm again, as Sidik had been working part-time since last year as a reseller for the farm’s dairy products.

“Iki (Sidik’s nickname) never took his money from what he earned selling our dairy products as he deposited the money with us to buy this year’s cow. But we were really surprised when the kids came here and said they wanted to buy four cows,” Oktapiansyah said, adding that the farm would handle the cows’ slaughtering process before the meat is distributed to Kampung Ardio’s residents.

US: High School Senior Denied Diploma After Walking Up to The Stage With a Mexican Flag 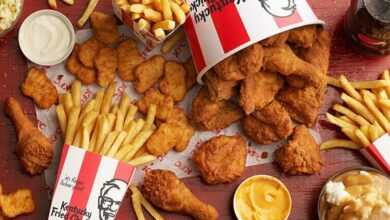 Danish Newspaper Under Fire After Sharing ‘Insulting’ Cartoon on Coronavirus

Exhibit: Syria’s Palmyra Under The Spotlight Despite The Ruinous Daesh