More than 1,000 members of India’s LGBTQ community and other rights groups have marched in the capital, New Delhi, to protest against the Citizenship Amendment Act (CAA), which critics say violates the country’s secular constitution and is anti-Muslim.

The protesters on Friday marched from a square in central New Delhi to Jantar Mantar, a popular site close to the Indian Parliament that witnesses dozens of protests on various issues every week.

Waving rainbow flags, the protesters carried placards and shouted slogans, such as “We want freedom from fascism” and “Save the constitution”.

Muslim groups and activists fear the Modi government, through the passage of CAA – which the United Nations also called “fundamentally discriminatory” – and a planned National Register of Citizens (NRC), is forcing people to prove their citizenship in order to consolidate its Hindu base.

The CAA grants undocumented migrants from the Hindu, Sikh, Christian and other communities – except Muslims – who arrived in India before 2015 to become citizens if they prove they faced persecution in Muslim-majority Bangladesh, Pakistan, and Afghanistan. The government has called it a “humanitarian gesture”.

Recently, Modi’s government also announced a National Population Register (NPR) exercise, which many fear is a precursor to a nationwide NRC and would serve as its database. 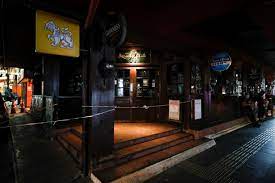