On a cold January evening, a gang of masked intruders armed with sticks and iron rods entered the ruggedly beautiful and usually well-guarded campus of one of India’s best-known educational institutions, Jawaharlal Nehru University.

They proceeded towards a venue where faculty members and students were peacefully discussing a rise in hostel accommodation charges and attacked those gathered there.

Remarkably, Delhi’s police, already amassed outside the campus, did not answer the victims’ calls for help as they were waiting for Vice-Chancellor, M Jagadesh Kumar, to give them permission to enter the campus.

Close to 30 people were wounded, including Aishe Ghosh, the head of the JNU Students Union, who sustained a head wound.

The incident elicited international media attention, including stinging editorials, and widespread condemnation from academics across the world, a testimony to JNU’s profile rather than to the violence itself. For the fact is that violent attacks upon university campuses have become routine in India today.

Before the JNU incident, two historically Muslim universities, the Jamia Millia Islamia in Delhi and Aligarh Muslim University in Uttar Pradesh, had both been targeted, not by mobs, but by police, who beat student protesters. In a context where religious minorities are being singled out for discrimination and violence, the targeting of JNU, a public relations disaster, has puzzled some India watchers.

What happened has to be understood as the opening of one more battlefront in what is fast becoming an ideological civil war. This is an India where not just minorities but any person or institution pushing back against the onslaught of state-sponsored bigotry faces the threat of punitive violence, whether directly from the state or from mobs it apparently protects.

As of this date, in a Kafkaesque move that appears to be the new normal in India, charges have been filed against the victims of the JNU violence, including Ghosh, rather than those right-wing activists caught on camera perpetrating it.

This civil war, which has been quietly in the making for several years, has come to a flashpoint around the new Citizenship Amendment Act (CAA), which has been pithily but accurately described by the Office of the UN High Commissioner for Human Rights as “fundamentally discriminatory in nature” in making religion a criterion for offering refuge and citizenship.

Combined with the planned National Register of Citizens (NRC) and National Population Register (NPR), it will render several communities, most prominently and significantly, Muslims – long demonised by the governing party – vulnerable to the removal of citizenship followed by detention and possible deportation.

In this context, the growing protests against the CAA, in which university students have been playing a major role, are significant and heartening. Many who have kept quiet for a long time are now standing up and refusing to be part of a fundamentally discriminatory national entity.

In all the protests I attended over the past few weeks, in more than one city, there have been repeated invocations of the Indian constitution’s spirit of plurality and collective recitations of its famous Preamble.

It has been moving to watch people from different religious backgrounds recommit themselves to a vision of a nation that aspires to be just, equal and plural. It has also been impressive to watch Indian Muslims standing up in large numbers to lay claim to the nation, to their rights under the constitution and to their religious and cultural identities simultaneously.

There is no doubt that these protests are tremendously heartening to those great many of us whose hearts have been growing heavier with each passing day over the last six years in which Narendra Modi’s hardline Hindutva version of nationalism has made significant strides towards the achievement of an exclusionary and extremist “Hindu nation”.

Equally, what has become clear in the violence exercised on campuses and upon protesters and other dissidents is that this is a regime that is prepared to unleash not just the full force of the law and security forces but also to enable vigilante groups such as the mob that attacked JNU. Peaceful protesters against the CAA have been subjected to colonial-era legislation preventing large gatherings and detained in their hundreds when they have persisted in protesting.

Some, like former civil service officer Kannan Gopinathan and activist Sadaf Jafar, have been detained. Jafar has said she was beaten while in police custody in Uttar Pradesh.

The Dalit leader Chandrashekhar Azad was also detained for several days after protesting against the CAA. Dissent in India today is a risky activity.

The JNU attacks were above all a message that the current government is happy for the battle to no longer be simply ideological but to escalate into street violence. This is why it was important to break up a peaceful meeting of academics and students: discussion and debate are off the table in favour of the language of iron rods, stones and tear gas.

While state violence has been endured by the people of Kashmir for an unconscionably long time, the message now being conveyed across India, six months after the unilateral abrogation of Article 370 which gave that region a historically necessary special status, is that no form of dissent will be tolerated in India either.

JNU has been in the sights of this government before, not least because the question of Kashmir was up for debate and discussion – as it must be in any accountable democracy – on that campus. This brought colonial-era legislation against “sedition” upon the heads of JNU students.

In the past few days, New Delhi’s police commissioner has been given emergency powers under the draconian National Security Act, for the next three months. As one dissident journalist noted, the message that is now being signalled loud and clear is that Indian democracy may not have much time left.

Those currently in power are part of a political dispensation that may not be planning, in the long term, to put itself to a democratic mandate in the first place, still less accountability.

The world must worry. What happens in India happens to nearly one-fifth of the world’s population. And particularly in the context of the global rise of authoritarian ethnonationalism, the undermining and eventual abrogation of democracy in India will not be contained within the borders of that nation-state.

With a few exceptions, Western and other governments have been shamefully silent on the ongoing assault on democracy and constitutional rights in India. It may suit them to keep quiet but across the world, we must now form people’s alliances to resist what will almost certainly become a global assault on the very idea of democracy itself. Speak up for India, for you speak up for yourself.

Europe is politicising Afghan refugees instead of helping them 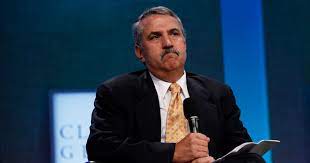