An ‘exorcist’ repeatedly raped a 14-year-old girl over a three-month period after telling her parents he had to use ‘tantric methods’ to cure her.

Yesterday, a mob of furious women and men stormed the offices of 45-year-old ‘spiritual healer’ P Shivaprasad and beat him with shoes and fists after hearing of the girl’s treatment in Nizamabad, Telangana, India.

The girl’s parents took her to Shivaprasad, who claimed to be a sorcerer offering cures for a variety of ailments, hoping to find a solution for the teenager’s physical and mental health illnesses in July.

Shivaprasad told the family to attend his offices each week. He allegedly raped the 14-year-old there on each occasion.

According to the New Indian Express, the ‘healer’ told the parents that he would cure their daughter using ‘tantric methods’.

The 45-year-old has also been accused of threatening to kill the girl if she told anyone about the abuse.

The rape was finally revealed after the girl fell severely ill and went to the doctor complaining of a stomach ache.

Instead, she was told by the physician that she had a genital infection.

After her assessment, the doctor informed her relatives and a group of womens’ rights activists who stormed the offices in Nizamabad demanding answers.

Not satisfied with his responses, they ransacked the property and severely beat him.

They eventually handed Shivaprasad over to police.

‘Beitna’: The First TikTok House in The Middle East is based in Amman 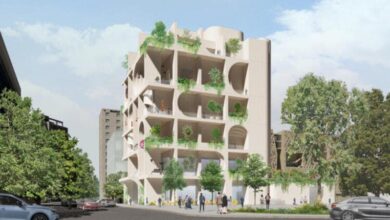