Seven years on, four men have finally been convicted of the infamous 2012 ‘Nirbhaya’ gang rape and murder of a Delhi university student, after an Indian court ordered their execution on January 22 at 7:00 am.

Jyoti Singh, 23, was attacked in December 2012 while returning home after visiting the cinema with a male friend. Her assailants took turns to rape and violate her with a metal rod as the bus drove around the capital, before dumping her and the beaten-up friend in a roadside ditch.

She died of her injuries nearly a fortnight after the attack – in Singapore, where she had been flown for specialist treatment.

Six people were originally charged with taking part in the brutal attack, but one was released after a brief detention as a juvenile, while another committed suicide while awaiting trial.

The horrific murder has once again put the spotlight on India’s rape culture. Despite several such incidents over the last few years and an increase in the number of recorded rape cases over time, progress towards a solution is slow.

On November 22, 2019, a young veterinarian in Hyderabad, India, was abducted on her way home from work. She was later brutally gang raped in an isolated place, and her partially burned body was found by police hours later.

For a few days after the Hyderabad incident, it seemed like the country was finally moving towards a real conversation about rape and violence against women.

Everyone from governmental officials to celebrities condemned the brutality, while an angry mob surrounded the police station where the four accused were kept.

The nation was shocked, and many called for capital punishment for the accused.

The nation was shocked, and many called for capital punishment for the accused
Unfortunately, the outrage has since died down in what has become an increasingly familiar story for Indian women. The news cycle has moved on to other issues with women not feeling any safer.

Less than a fortnight since the rape and murder in Hyderabad, a 23-year-old rape victim from the town of Unnao was set on fire allegedly by her rapists on the way to a court hearing. She was forced to call the police herself and walked nearly a kilometre to find help. She eventually succumbed to her injuries in hospital.

On December 13, 2019, a 35-year-old mother of five was allegedly gang raped in the town of Begusarai in Bihar. She was on her way home when she alleges that she was taken to a secluded place by three men, before having a face covered with a cloth and subsequently raped.

Violence against women has continued almost unabated since November 22. The Logical Indian reported five other ghastly rapes were recorded in within a week since this incident.

And this is far from a recent phenomenon.

The 2012 Nirbhaya case was the most widely reported such cases which led to the creation of a ‘Nirbhaya fund’ to support governmental schemes and NGOs working to end violence against women.

In August 2013, a photojournalist was gang-raped in a deserted compound in Mumbai by five people, including a juvenile. The victim had allegedly been tied up by her assailants before being raped and photographed, which was later used as material with which to blackmail the victim if she spoke out.

Some of these horrific incidents also involve community leaders and politicians.

In June 2017, a 17-year-old girl from Unnao in Uttar Pradesh alleged that she had been raped by a lawmaker of Narendra Modi’s Bhartiya Janata Party (BJP), Kuldeep Singh Sengar.

In an attempt to quash her allegations, the victim’s father was attacked by a group of men who were suspected to have links to Sengar. The father was subsequently taken into judicial custody, where he later died of his injuries.

In an attempt to quash her allegations, the victim’s father was attacked by a group of men who were suspected to have links to Sengar
Refusing to give up, the victim continued in her pursuit for justice – both for herself and her father. In 2019, her car was hit by an unmarked truck that killed two more members of her family, leaving her lawyer and herself critically wounded.

After widespread outrage, the judicial process finally stepped up and Sengar was sentenced to life imprisonment on December 20 – two years after committing the crime, having destroyed his victim’s family.

There are countless such stories, each more horrific than the next. The cruelty of these incidents is shocking, but Indians sadly seem to have become used to it. The past seventeen years have seen the number of rape cases double in the country – 415,786 rape cases were documented by the National Crime Records Bureau between 2001 and 2017. That is 67 women a day; three women an hour.

The 2017 figures (the latest figures published by the government) show 32,559 rape cases over the year. Shockingly, almost a third of those rapes were of girls under the age of 18.

A further 223 were recorded as ‘[rape with] murder/gang-rapes’, which include multiple perpetrators.

Sadly, the conviction rate remains at just over 30 percent, and just over 18,000 court cases were completed in 2017.

More than 127,000 cases of rape are still pending in the courts, illustrating that the path to justice for the victims is excruciatingly slow.

Why are there so many instances of rape in India? What can explain their brutality?

A combination of public apathy and legal indifference that both stem from a toxic patriarchal system have led the country down this path.

Despite the outrage, international coverage, documentaries, and marches led primarily by women, the system has been excruciatingly slow to recognise this gruesome epidemic.

It is a “power driven” problem that plagues India’s male-controlled society, says Jeejivisha*, an assistant director who works in the Marathi film industry in Mumbai.

She argues that men and women are taught what their roles are within society – that men are dominant, powerful, and protective, while women must simply obey.

“It doesn’t start with looking as us as sexual objects, it starts with us being property. [India’s rape culture] has less to do with sex and everything to do with power.”

This power dynamic plays out in every environment, and women are often subject to some form or harassment or another in their workplaces, in their schools and in their homes.

Victim blaming is especially common, and it has become normal to see everyone from celebrities and politicians to religious leaders telling women what to wear of why they ‘deserved’ to be harassed or raped.

“A Punditji (priest) on a bike had the audacity to stop me in an autorickshaw and tell me how to dress,” Jeejivisha said.

“We were both in our vehicles at around 8pm, but he actually got me to stop to lecture me saying that ‘girls like you single-handedly bring down out community’, and things like that. I was wearing a singlet and a skirt that day.”

Jeejivisha alludes to the psychological nature of this problem, that men in the country have been brainwashed into thinking of women either as ideals or as property, but never as equals. Even when some men are overtly respectful, it is hard to trust them.

“People on set call me ‘Ma’am’ to my face, but then later I have seen them sitting in a corner watching pornographic clips – so you don’t really know what they’re thinking.”

Shewali Tiwari, a marketing professional from Gurgaon near Delhi, agrees. She says the prevalence of rape within Indian culture and the indifference with which it is treated is can be blamed on two factors: “[the first is] the patriarchal system in India, and the second is the government for not taking sufficient measures to curb this.”

“You teach your girls to be safe, to stay at home, while you’re asking your boy […] to make decisions for both himself and his sister and mother.” This gives men a superiority complex over the women in their household, Tiwari explains, and that eventually extends to women in general.

It is hard for women to look to the government for any kind of change when nearly 30 percent of the legislators (both national and local) have criminal cases against them; 51 have been involved in crimes against women, including three Members of the Parliament, according to ADR data.

It is easy to solely blame the government, but India is a democracy – these legislators were all voted into power. The fact that nearly 50 percent of the national parliament has a criminal record signifies the importance the population gives to issues of crime and domestic violence.

New Delhi’s initiatives and schemes to curb violence against women have also been largely unsuccessful. The Nirbhaya fund was a major initiative that gathered nationwide support, but momentum has petered out with no real success. Less than 20 percent of the fund has been used, according to India Today.

India’s slow judicial system makes matters worse – the road to justice for the victims is emotionally excruciating and often takes years. The perpetrators of the much publicised Nirbhaya case, for example, were only sentenced seven years after they committed their crime.

This situation has created an environment where women understandably remain cautious.

“[Rape and violence] is a topic of conversation we have everyday,” says Tiwari. “But we understand that the government is ruled by men, and they don’t want to have these conversations because they are not affected by it.”

The brutality of many of these cases is especially terrifying for a woman. Having seen and heard of others beaten, brutalised and killed for resisting, Jeejivisha can see situations where escaping with her life is a mercy.

“Sometimes I have the morbid thought that if I were to get raped, [would it] be safer just to let them rape me so that they might let me live after?”

India’s rape culture has been widely reported on recently, from local media to international outlets writing about the recent spate of incidents. Solutions, however, are much harder to come by.

The most obvious short term fix is for the government and the judicial system to systematically condemn every case of violence against women and speed up the litigation process.

However in a country like India where tens of thousands of cases are backlogged over decades, this is a mammoth task.

Others point to the education system and argue that it must take on a role in educating young men and women. Jeejivisha disagrees, saying that schools are not the biggest problem, and therefore are not necessarily the most effective solution.

“The issue has less to do with education and almost everything to do with conditioning,” she says. This would require a great deal of soul-searching among India’s conservative families, to break with their traditions and lifestyle to bring up the next generation of boys and girls the same way instead of teaching them to fulfil certain societal roles.

Changing the cultural fabric of a community like this takes generations, even in the smaller ones. For India’s 1.3 billion people, it could take much longer.

The only time this becomes a national conversation is in the aftermath of a horrific incident. One wonders how many more Nirbhayas will be required for India to take this seriously. 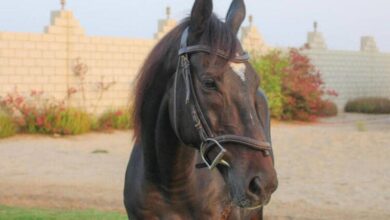 Muslims Prepare For Ramadan Under The Shadow of The Pandemic

In The US: Coachella, Stagecoach Music Fests Canceled Over COVID-19