India has successfully tested a ballistic missile fired from its first indigenous nuclear-powered submarine, INS Arihant, the defence ministry said, in what is seen as a boost to the country’s growing military capabilities.

The launch was proof of “crew competency” and validated the ballistic missile capability of Indian submarines, “a key element of India’s nuclear deterrence capability”, the ministry said in a statement on Friday.

The successful firing of the submarine-launched ballistic missile (SLBM) also underlined India’s push towards building its own military hardware.

In September, India debuted its first locally-made aircraft carrier, INS Vikrant, which was hailed as a milestone in efforts to counter China’s increasing military assertiveness in the region. The INS Vikrant is one of the world’s biggest naval vessels, at a length of 262 metres (860 feet), and entered service after 17 years of construction and tests.

Prime Minister Narendra Modi’s government also recently unveiled the first batch of Indian-made attack helicopters, designed for use in high-altitude areas like the Himalayas where its troops clashed with China in 2020.

India is one of the largest arms importers in the world and is trying to boost an indigenous arms industry as the country continues to rely heavily on weaponry from Moscow, its largest and oldest military supplier for decades.The Times of India reported that the INS Arihant is India’s first homemade nuclear submarine and was launched in 2009. India has since developed two surface-to-surface submarine-launched missiles, one of which has a range of 3,500 km (2174 miles), the Times reported. 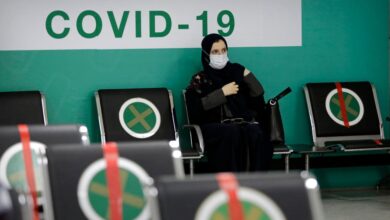