At least two deaths by suicide were reported in Lebanon on Friday as the country’s economic crisis continued to take its toll.

The cost of living in the country has spiraled in recent months as the value of the Lebanese lira has collapsed against the dollar. The government on Tuesday raised the price of a 900g loaf of bread for the first time in 8 years, from 1,500 to 2,000 Lebanese Lira.

Prices of imported goods have shot up. Local media reported on Thursday that a man in Beirut had robbed a pharmacy at gunpoint, demanding diapers and medicine. Supermarkets across the country have had their shelves emptied as people stock up before the Lira loses yet more of its value.
“We all know that [the deaths are] related to the economic situation, there’s no doubt about that,” said Lea Zeinoun, Executive Director of Embrace, Lebanon’s emotional support, and suicide prevention hotline.

The organization has seen calls increase from around 200 per month to 500 or 600 since last December, Zeinoun said. “We only expect it to get worse at this point. With today’s news a lot of people have been reaching out to us,” she added.

There is little prospect of a quick solution to Lebanon’s crisis. The Government has been discussing a bailout package with the IMF since May, but with the latter demanding major reforms there has been little progress. Finance Minister Ghazi Wazni said Friday talks were on hold. 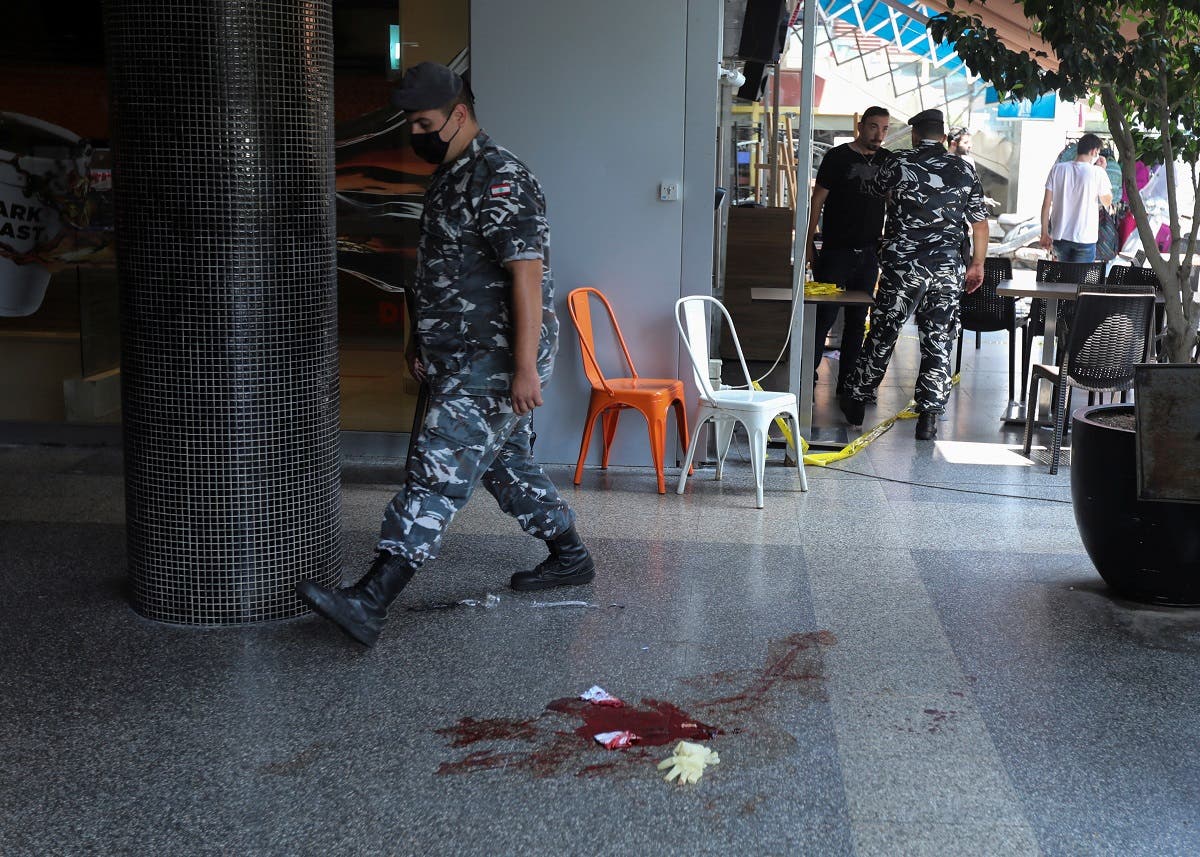 A Lebanese internal security member walks past bloodstains at the site where a man committed suicide in Beirut, Lebanon. (Reuters)

Some hoped a potential bailout, coupled with the reopening of the airport at the beginning of July, might cause the Lira to rally. However, it continued to trade at around 9,000 to the dollar on Friday, four times its official market rate of 1,500.

Forty-eight percent of Lebanese were estimated by the World Bank to be living below the poverty line in 2019, with that number predicted to rise significantly by the end of 2020. Poverty, said Dr. Tima El Jamil, a clinical associate professor of psychology at the American University of Beirut, is a major risk factor for mental illness.

Lebanon, like many countries around the globe, has also been dealing with the impact of COVID-19. The government imposed a lockdown in mid-March in a largely successful attempt to prevent the spread of the disease. The upshot, said El Jamil, was a “severe” impact on people’s mental health as a result of the fear and the social isolation associated with the disease and the lockdown.

“On top of that we have the incredible uncertainty about Lebanon’s future, its safety, its economic sustenance. That uncertainty and unpredictability and lack of a sense of control is greatly impacting people’s wellbeing,” she added.

Zeinoun, of Embrace, encouraged people to reach out to loved ones or the organization’s hotline – 1564 – if the burden becomes too great. “It’s pretty normal to feel what we’re feeling,” as a result of the extraordinary situation, she said. “It’s not OK not to share it.”