Billie Eilish has revealed that she feels ‘more like a woman’ with her new blonde hair as she detailed her transformation in a stunning British Vogue covershoot.

The Bad Guy hitmaker, 19, admitted she was ready for her new look ‘to suck’ after keeping it a secret from her fans for months, but said it’s given her new lease of life.

Billie looked worlds away from her androgynous style as she channelled Hollywood superstar Marilyn Monroe in a pink corset and suspenders for the shoot, as she went onto discuss her haunting single Your Power.

Discussing her new blonde hair, Billie confessed she was ‘ready for it to suck’ but it’s actually been the perfect transformation.

She said: ‘I feel more like a woman, somehow.’ 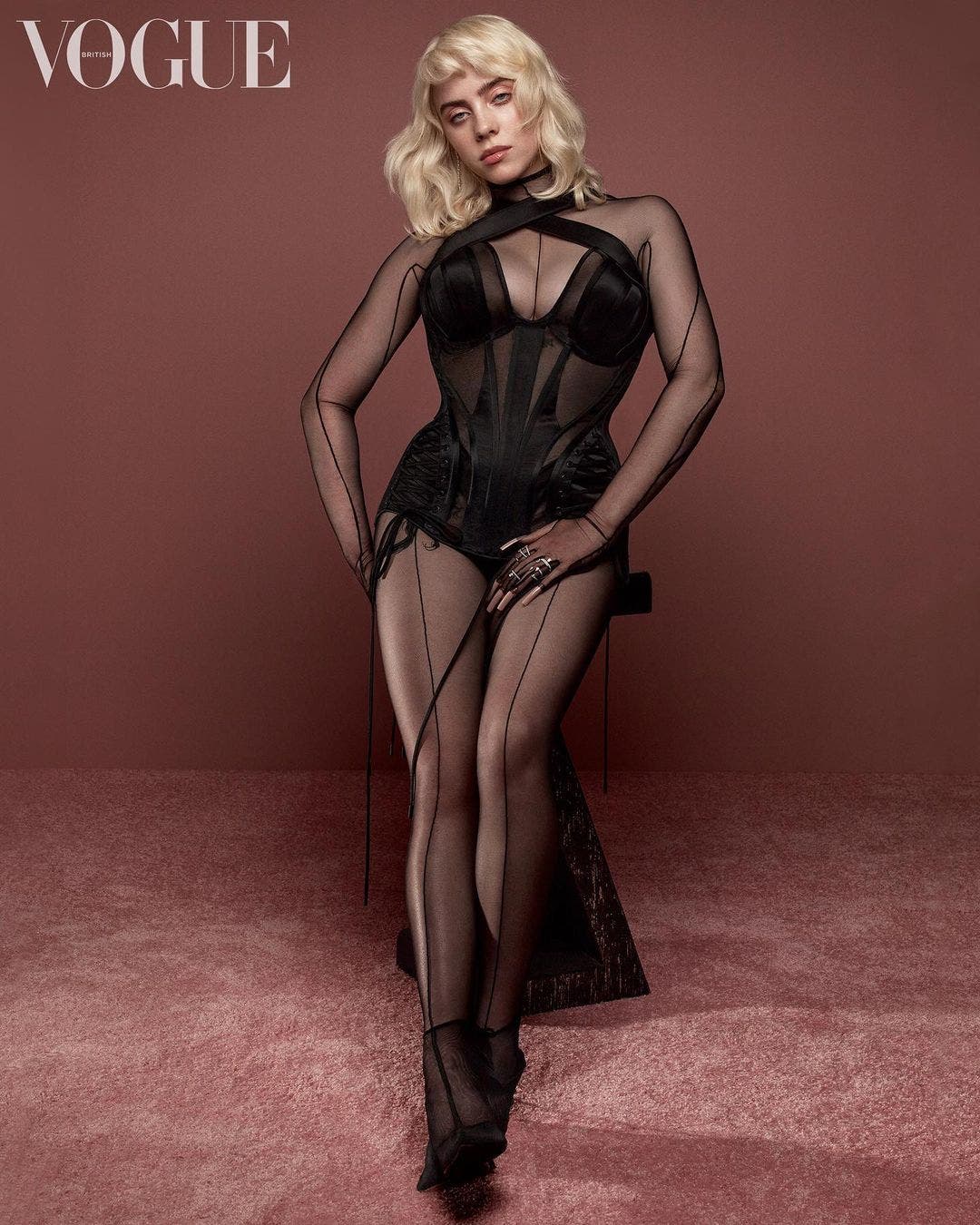 Having long been an advocate of confidence, Billie also vowed to clear up any misconceptions as she felt her intent has been formed ‘lot of weird miscommunications.’

She added: ‘It’s all about what makes you feel good. If you want to get surgery, go get surgery.

‘If you want to wear a dress that somebody thinks that you look too big wearing, f**k it – if you feel like you look good, you look good.’

Billie recently unveiled the video of her newest single Your Power, which highlights the subjects of sexual abuse, coercion and control, and told the publication it’s a message to the viewer to consider their perceptions of women based on their looks.

‘Don’t make me not a role model because you’re turned on by me,’ she said. 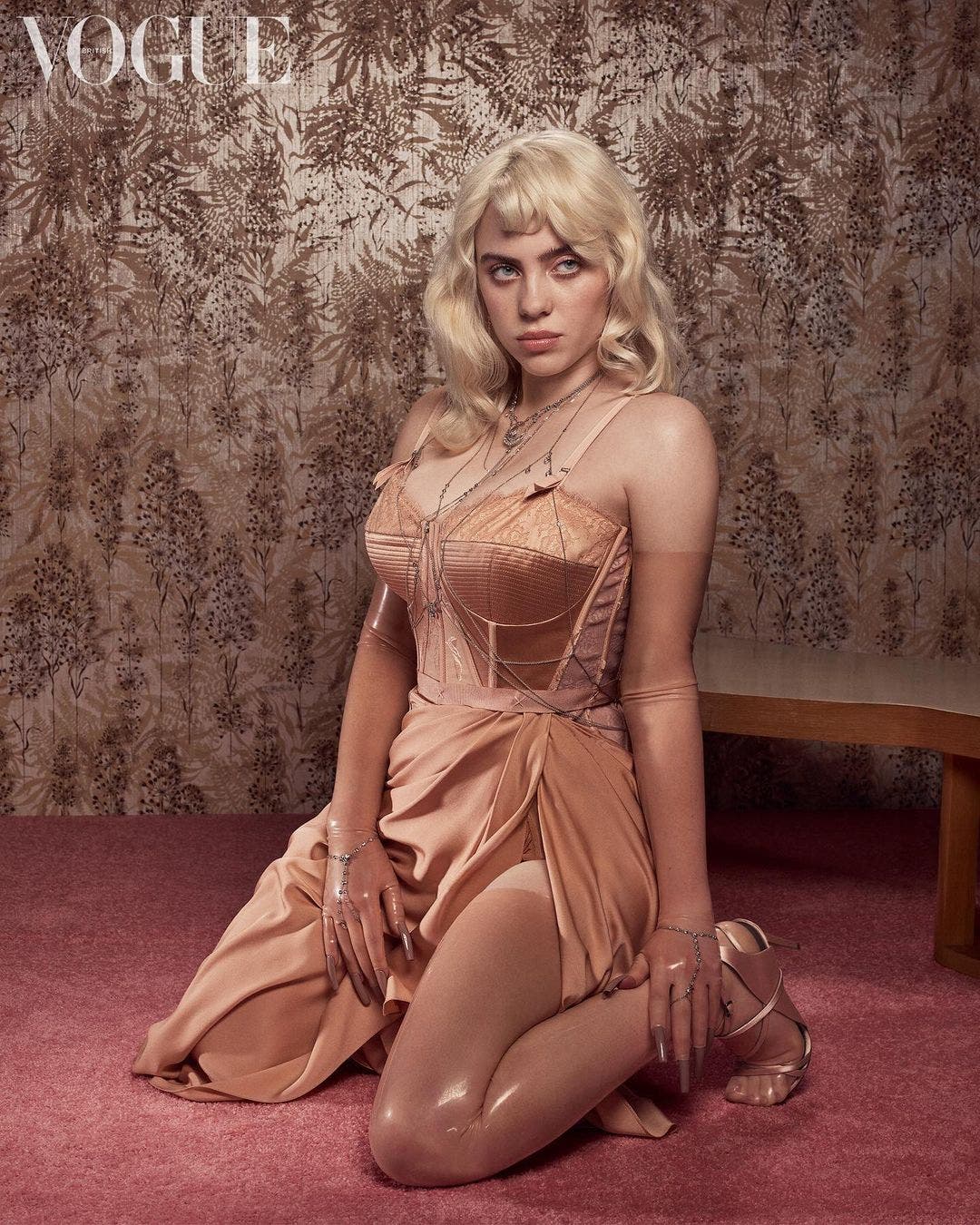 ‘I’ve grown so much and gotten so much better in my voice, it’s crazy to think about. I think change is one of the best gifts in the world.’

Billie, who said she rekindled her love for music in lockdown, added that she hopes by taking a statement on her own beliefs she hopes to maintain control over her own narrative.

The star continued: ‘It’s about taking that power back, showing it off and not taking advantage with it. I’m not letting myself be owned anymore.’

Discussing her future self, Billie went onto say: ‘It’s about taking that power back, showing it off and not taking advantage with it. I’m not letting myself be owned anymore.’

Billie appeared to be channelling Old Hollywood with her new blonde hair styled into vintage curls for the stunning shoot.

The Grammy Winner posed for the magazine’s cover in a plunging pink lace bustier and a sheer PVC skirt, adding to the sophisticated look with matching gloves. 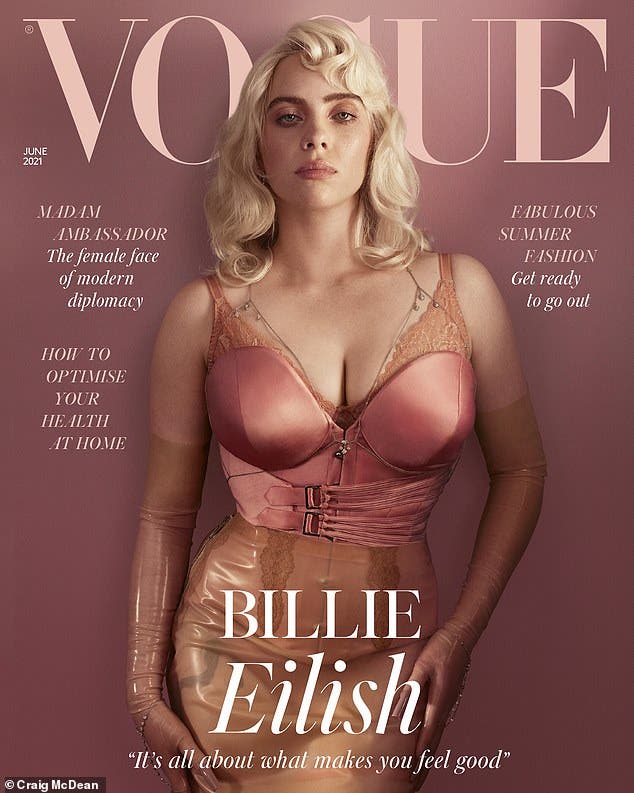 Billie shared a glimpse of the British Vogue cover with her fans on Sunday on Instagram, with the post becoming one of the fastest in history to secure one million likes, as it reached the milestone in just six minutes.

She first revealed she had recorded a new album in COVID-19 lockdown while talking to Stephen Colbert on The Late Show in February.

‘I don’t think I would’ve made the same album, or even the album at all, if it weren’t for Covid,’ she said.

And she continued to detail the same sort of evolution that is evident in her hairstyle change, as she told Colbert ‘When things are different in your life, you’re different. That’s just how it is.’

In recent days Billie was also seen cosying up to a possible new man in her life — actor Matthew Tyler Vorce (who has since turned his Instagram private) — while on a Santa Barbara getaway.  And last week she shared a snap on Instagram with the caption ‘kiss me.’ 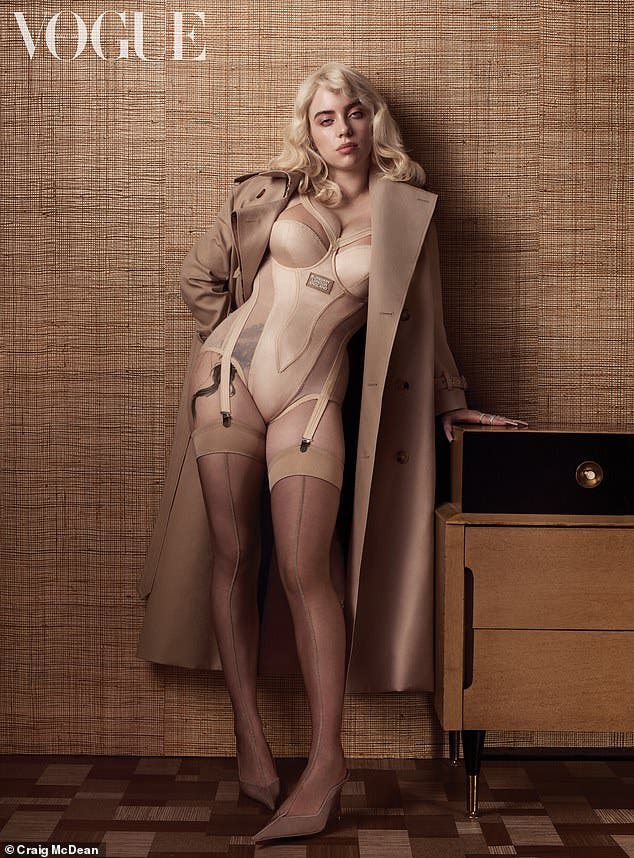 She was most recently linked to Brandon ‘Q’ Adams but the relationship fizzled in 2019. And in her documentary The World’s A Little Blurry she revealed the reason for their breakup.

‘I just wasn’t happy. And I didn’t want the same things he wanted and I don’t think that’s fair, for him. I don’t think you should be in a relationship, super excited about certain things that the other person couldn’t care less about,’ she said.

Kıvanç Tatlıtuğ and Başak Dizer Are Expecting Their First Child